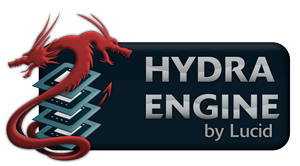 NVIDIA SLI and AMD Crossfire utilise two or more graphics cards to increase the overall graphical performance of a PC. With most games now supporting multi-GPU systems, it should come as no surprise that Multi-GPU setups are rapidly becoming the norm. The one limiting factor with Crossfire and SLI is that graphics cards must come from the same family, or in the case of SLI, an identical GPU must be used. The only use of pairing an AMD card with one from the NVIDIA stable would be to make use of NVIDIAs PhysX. This is generally seen as a waste of processing power, especially when the additional NVIDIA GPU could be used to process graphics along with PhysX.

We have all come to the stage where our current graphics card is feeling the strain a little too much and thus is demoted to a family members pc, sold on or simply retired to GPU Heaven. Wouldnt it be great if we could utilise that GPU and pair it to your shiny new, all powerful graphics card? Sadly this is rarely possible as for many, the current card will now be obsolete and unable to purchase from any reputable e-tailor so paring it up with the same type would require a bucket full of luck while trawling a popular auction site.

Lucid have therefore seen a niche in the marker to address this issue and introduced the HydraLogix 200 processor to allow flexible scaling of multiple, cross manufacturer, cross family GPUs to maximise performance of new or indeed existing hardware.

The HIS HD6970 2GB IceQ Mix features the LT22102 variant of the HydraLogix 200 SoC. This device is a dedicated PCIe Gen2 chip designed from the ground up to scale graphics performance in a dual GPU environment. It incorporates 48 lanes at PCIe 2.0 performance, PCIe switching connectivity with peer to peer communication and an embedded end point. Also featured are 1x16 upstream port and 2x16 downstream ports making this ideal for dual GPU platforms. The upstream port is connected to the chipset northbridge, or directly to the cpu depending on your individual system make-up. The two downstream ports are linked to the two GPUs. The embedded end point has a RISC processor and DMA engines which are used by Lucids propriety algorithms.

While this technology has been utilised on a motherboard it is certainly intriguing to see how well the HydraLogix 200 performs when utilised on-board a GPU. It is fully compliant with Microsoft Vista, Win7 OS and DirectX 9, DirectX 10, and DirectX 11 standard APIs. Effectively, the HydraLogix engine laod balances graphics processing and claim to deliver near-linear performance with multi GPU setups. With more than 30 granted and pending patents for the varying elements of its core real time processing technology, Lucid certainly have faith in their product.

LucidLogix is a fabless semiconductor company who have developed the only universal multi-GPU solution available to date. The LucidLogix HYDRA engine allows interoperability between different GPU solutions, dramatically simplifying the process of increasing graphics rendering power for consumer gaming and other 3D visual applications.