👤by Tony Le Bourne  Comments 📅19-10-17
Performance Testing
Setup, Design & Observations
As the Cloud Alpha is an analogue model, all you need is a compatible port (4pole or audio/microphone out) and all should be good. As the cables and microphone are fully modular, the only real issue that will cause this headset to fail would be a blown driver, or a worn out audio port. The included cables are braided and are feel of decent quality and didn't introduce any noticeable interference. On the primary cable, the in-line remote is rather small, but easy to use, and the microphone mute switch functioned nicely without being too stiff, however, we would like to see volume and mute controls moved onboard instead of an in-line remote.

The headset itself is 14g lighter than the original Cloud headset, and 40g lighter than the Cloud Revolver including cable/microphone, though we would like to see that fall below 300g. On the head we found it very comfortable, and the weight is fairly well balanced. We noticed that the ear-pads provided less space for your ears than the previous Cloud models, making a full circum-aural experience a bit difficult for my strictly average ears. We found this to be a problem because the ear-pads are incredibly soft, making it difficult to tell if part of your ear has been pinned, but if it turns out so, you will discover so a few hours later due to the discomfort caused by this. It is also at this point where we note that it seems like that the clamp strength seems a touch higher than that found on the Cloud/Cloud revolver, and while not uncomfortable, it exacerbates the discomfort caused due to the reduced size of the ear-pads. Though if you get a good positioning, the Cloud Alpha remains comfortable for as long as you wear it, and the seal created by the plush ear-pads provide excellent passive noise cancelling. 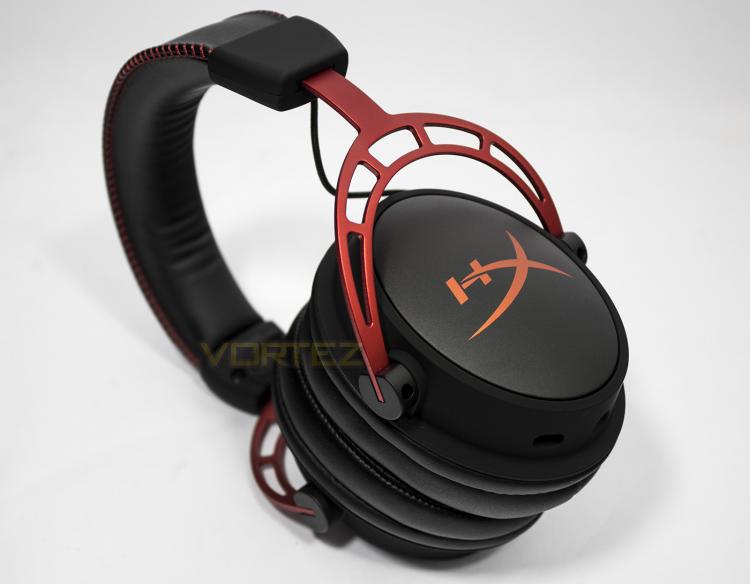 Multimedia
To test out the Cloud Alpha, we listened to various music tracks that are well known to us in a lossless format. Something I picked up instantly (after regularly using a Cloud headset), is that the Alpha has a much better balance to its audio, picking up details much better, and giving a brilliant audio performance. Gone are the trashy high tones, and welcome clarity. The mid-tones are well accounted for too, something we found improved the play in games (CS:GO, DOTA2), and the bass reflex is tight and punchy. On further listening, and direct side-by-side comparisons with other headsets, we felt that the bass could have been a little more pronounced, though, it certainly isn't lacking as it is. As we were playing though various other games, we felt that the detail the Cloud Alpha provided, created an excellent sense of positioning and immersion, but remained comparable to the original Cloud headset.

Microphone
The noise cancelling microphone sounds warm, natural, and does a great job of reducing background noises. Performance will vary depending on the hardware you are using it with, but generally we felt that it was good. It can easily be removed when not needed, and bends nicely to whichever position you desire.

There are currently 539 user(s) online:
Google