As the company name suggest, Inno3D make some truly innovating graphics card designs. The latest of which is the iChill HerculeZ, a triple slot cooling design which in this instance also happens to arrive with three fans to keep the oversized heatsink cool. Cooling as never been so important because despite the current balmy weather we are seeing here in Britain, NVIDIA's method of 'auto' overclocking, aptly called GPU Boost 2.0, has a direct correlation between GPU core temperatures and core clockspeed. Therefore, the cooler the card is kept; the higher the potential Boost speed will potentially be gained. 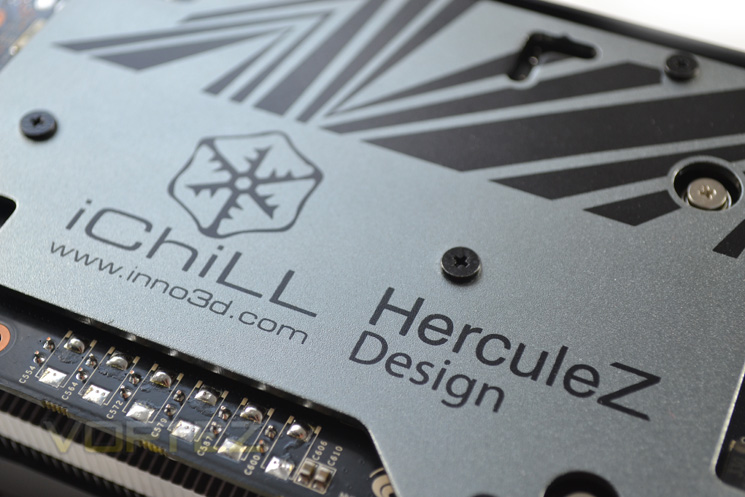 The NVIDIA GTX760 is currently the mid-range graphics card of choice, just having the edge over AMD's HD7950 while being a little cheaper to buy. The Inno3D card is priced around the £250 mark (at time of review) although finding one will prove difficult. Overclockers UK have them on pre-order although the price is marked up at £259.99. This makes the Inno3D GTX760 iChill HerculeZ by far the most expensive NVIDIA GTX760 on the market at present with prices for reference designs starting as low as £199.99 with custom cooled versions not a lot more. As we will see though, that extra cash injection needed to buy this card will get you much more than a reference design. Is the Inno3D card worth the extra outlay though? We will try to answer this and many more questions throughout the review...

There are currently 1000 user(s) online:
Google