The Core i5-750 proved to clock very nicely. The Maximus III Gene provided a stable base from which to get some very impressive performance boosts.
Using Intels P55 chipsets 'CPU Level Up' function the chip achieved 3.2ghz at the 'Extreme' setting.

As that proved stable some manual clocking was needed.

It turned out to be a simple job  i altered some basic settings (multipler to 21x - bus speed to 190mhz) and upped the CPU's core voltage to 1.33v. Doing this returned a 4ghz clock speed... a 50% overclock. 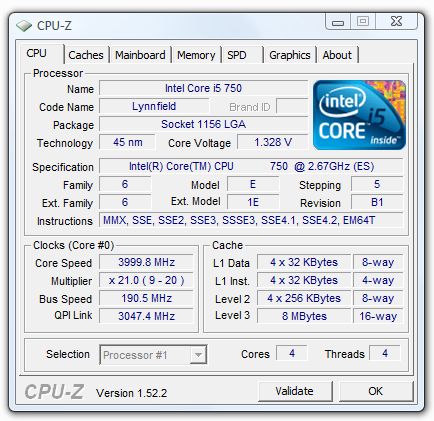 Yes the chip i tested was an engineering sample but from my experience the vast majority of Core, i5 and i7 chips clock very well.

Of course depending on the chip you may end up needing a touch more voltage but ultimately 4ghz should be achievable with decent cooling and a nice motherboard. 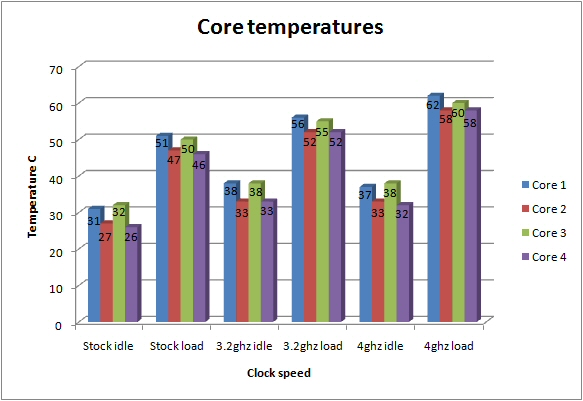