It's been ten years since Kingston broke onto the scene with their HyperX range of memory modules. To celebrate this they have pushed the envelope of memory performance once step further and released a very special product. The HyperX range from Kingston memory is synonymous with performance and today we have the pinnacle of this performance with the latest memory kit fresh of the production line: Kingston Beast. 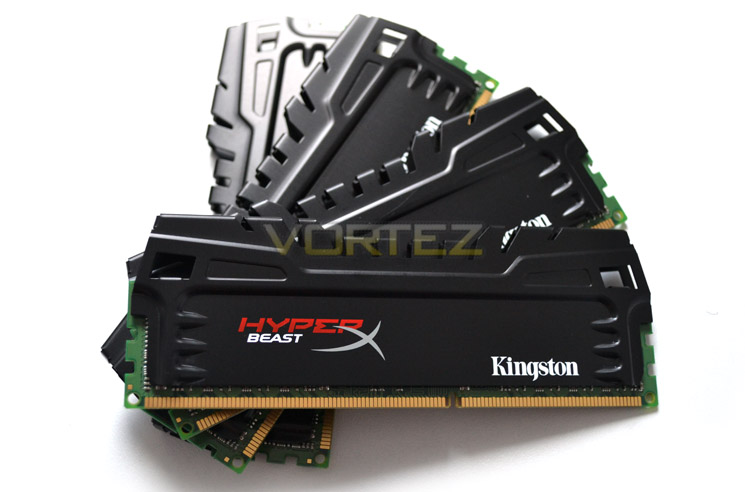 The Beast kits come in a variety of sizes from 8GB to 64GB accompanied with varying speeds of upto 2400MHz. Today we will be sampling the upper echelon of this range with a massive 32GB (4x8GB)DDR3 running at the blistering speed of 2400MHz. Latencies run from CAS9 and upwards and as we will see, the beast not only has vicious performance but also aggressive looks to match. A wolf in sheeps clothing this kit certainly isn't. Its an all out balls to the wall extreme performance kit that has the potential to become a serious contender for our top awards.

Kingston on Beast
HyperX® Beast memory features a dynamic new heatspreader to maximise thermal dissipation for increased reliability. Its cool, aggressive look enhances any system. This high-performance memory offers the largest corresponding capacities available today and speeds of up to 2400MHz for ultra-responsive multitasking and an overall faster system. Its Intel XMP ready and designed to work with third-generation Intel Core i5 and i7 processors and the latest AMD performance and gaming processors. Its backed by a lifetime warranty and free technical support.