👤by Thomas Koflach  Comments 📅21-04-10
Testing & Results
Although a PSU cant drastically affect the performance of your pc, its still important to test them to ensure they reach a certain standard  known as the ATX spec. The ATX spec states that the PSUs 3 rails must stay within 5% of their desired values. For instance, the 12V rail must be within 11.4V and 12.6V. The 12V rail is responsible for providing power to most of the devices in your pc, but its biggest drain is through PCI-E graphics cards and power hungry CPUs (through the 8 pin P8 connector). The 5V and 3.3V rails are becoming more old school, and have less uses within a pc - they mainly deal with hard disks and PCI add in cards. 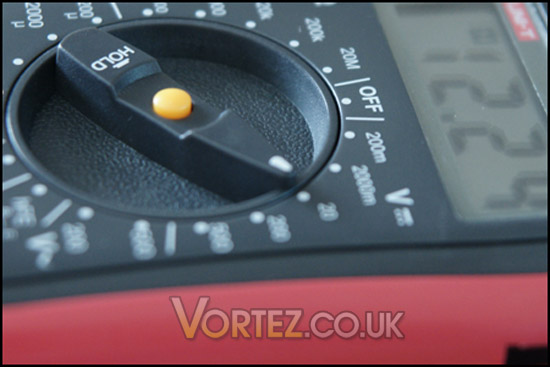 During testing I also took the temperature of the air coming out the exhaust vents of the PSU, to see how well it dealt with the heat. Voltages were recorded using an external multimeter.

Unfortunately my test rig could only provide 200 Watts of strain to the PSU, but considering how effortlessly it dealt with this Im confident it could easily cope with anything up to its 650W limit. The relatively small difference in idle and load voltages is especially encouraging.

My only minor niggle is that the 3V and 12V rails could be a little closer to their desired values, but its well within the ATX spec and nothing to really worry about. I would also like to add that throughout testing the PSU was extremely quiet, with only a low whoosh as air was sucked into the PSU.