With Logitech's marketing claiming that the G432 7.1 Gaming Headset is built for comfort and endurance our expectations were perhaps set a bit too high, we found that the change from foam ear cups meant that our ears would become uncomfortably warm after a few hours of gameplay or after watching a couple of episodes of Netflix.

We also found that the ear cups sat too tightly around our ears, while a tight fit is usually something to aim for to increase sound isolation and therefore immersion, Logitech have gone too far with the G432. Something that could have been added to the G432 to make the headset more comfortable would be more padding on the headband, while a thin strip is present its not nearly enough as it only covers 3 quarters of the headband. 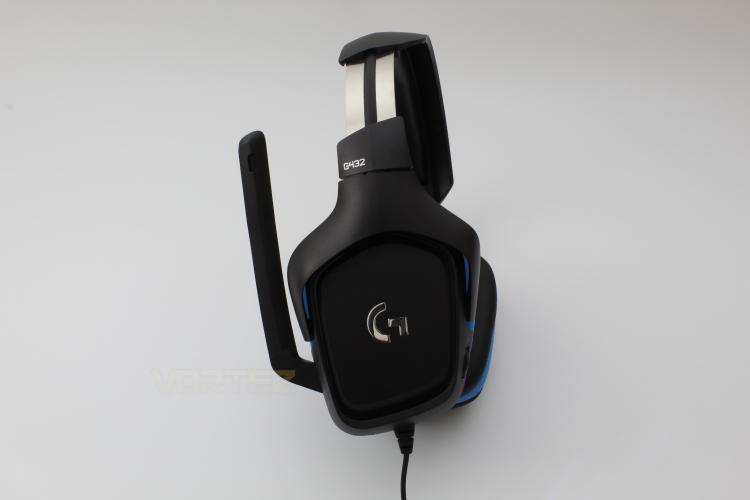 As the Logitech G432 is a cross-platform gaming headset we tested its performance in gaming on the PC & Xbox One, and utilised PC & Mobile to use the headset for music & film consumption.

The headset performed best on PC, and this is due to the Logitech G hub software available, we found that while the headset was usable straight out of the box but that a few tweaks had to be made within the Logitech software to really make the audio satisfactory for music.

In gaming everything was clear and as it should be out of the box, but the G Hub software allows you to create profiles for each of your games which we found using much more than should be necessary.

On Xbox you have to use the 3.5mm as it is not compatible with the USB adapter that is bundled with the headset, we found that the microphone performed as is to be expected and the audio was usable but nothing special.

Using the headset on a phone or tablet also means forgoing the included DAC, which definitely affects the sound quality on offer negatively, we found ourselves having to turn the volume up to match what we had gotten on our PC which in turn affected the overall quality of the audio coming out of the headset.

During in testing we used the headset for our usual ream of tests which include Skype meetings, Chatting with team mates through Discord and recording a voice over. We found that microphone was clear and usable though it does not perform as well as other headsets in this price range.

Overall we found the software easy to install and use, we did come across a couple of issues but we believe that it is down to having a faulty install as re-installing the G Hub software got rid of the issues.