👤by Matthew Hodgson  Comments 📅03-07-18
Closer Look
On the previous page, we mentioned everything is found exactly where youd expect it, however that was a bit of a fib. Logitech have added an Fn (Function) key for a set of extra buttons, including media keys, volume control and lighting, among others. 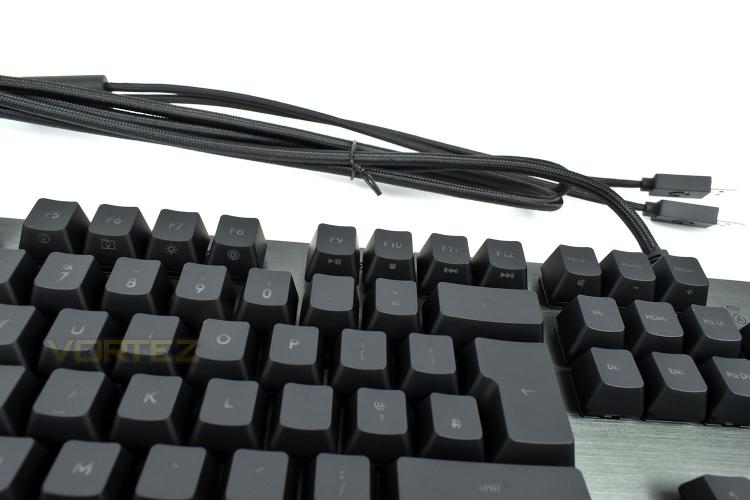 The top-right of a keyboard is typically used to display the Caps Lock, Num Lock and Scroll Lock, Logitech, on the other hand, have decided to display only the Caps Lock and use the 2nd LED to identify the Gaming Mode. Gaming Mode turns off specific keys, such as the Windows key, to prevent them from being pressed accidentally during gaming sessions. 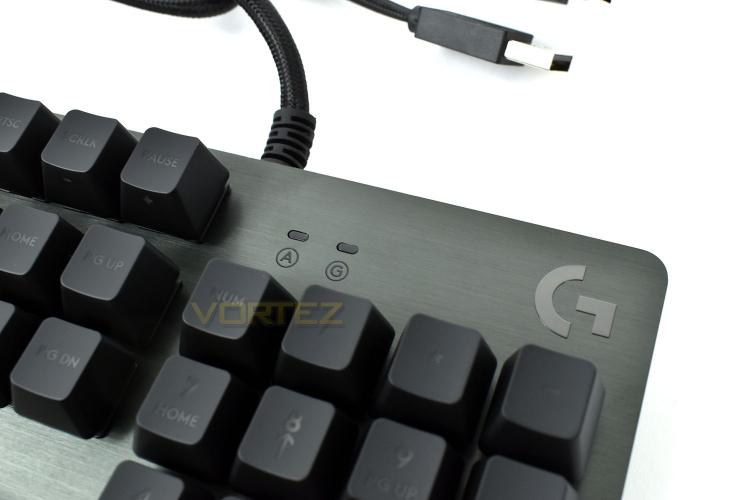 The G513 logo on the edge of the keyboard is a nice touch, not detracting from the beautiful design employed by Logitech. Also, the stand-off feet on the underside raise the keyboard from 17mm to 30mm.

As you can see, the leather wrist rest sits flush with the front of the keyboard but doesnt require any kind of connection so can be angled or positioned wherever you like. 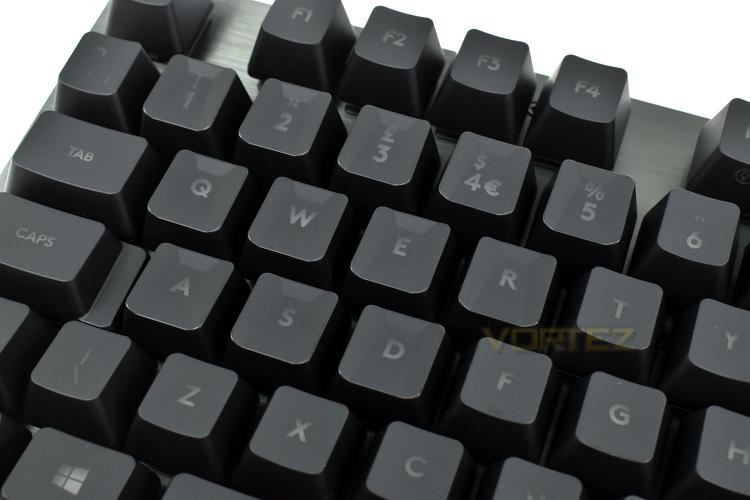 Removing a keycap with the included keypuller reveals the switch housing underneath, which you may notice has no obvious LED in sight, this is because the LED is positioned in the centre of the switch, inside the spring, to ensure illumination of the key is much more uniform and, hopefully, brighter. The way the keycap connects to the switch isnt as easy to locate as a Cherry MX cross but once locked into place, theres very little keycap movement. 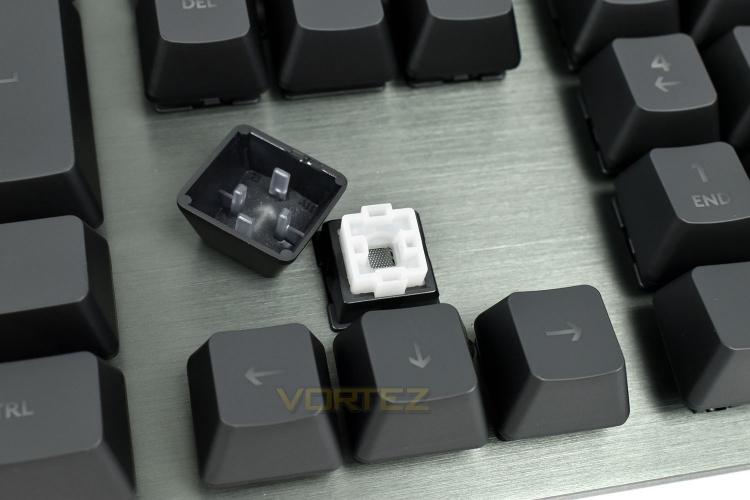