👤by David Mitchelson  Comments 📅10-04-09
Introduction
In most gaming circles Mionix is a name that may not be very well known as they are a relatively young company that have sprouted from the plains of Sweden. After a recent partnership with Mionix just last month, Meroncourt have kindly provided us with the Mionix Saiph 1800.

To give you some background to Mionix, below is an extract from their website  Mionix

Stars have always been important to every culture or ideology. In many regions they were also identified with gods, spirits, mysticism and priests by their people. Stars have been used in religious practices but even for navigation. Many stars and even the sun have their own myths and the most prominent stars were also given powerful names. In some cultures stars were thought to be the souls of dead kings and
gods. Mionix gaming gear like this individual prominent stars have their own myths. Mionix gaming gear, just like stars has unique characteristics and capabilities.

Mionix was founded in 2007 and our head office is situated in south of Sweden. Our goal is to develop products with high performance and suitability for all type of players. Mionix stands for quality, design and a touch of innovation. Our crew are all specialists with a lot of experience of e-gaming which is a must to be able to bring forward top products to gamers. 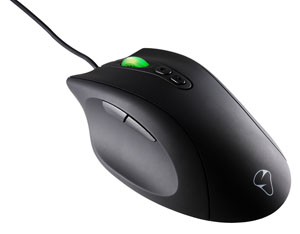 With the introduction aside, we can now take a look at the mouse itself over the page.