The GTX680 has been around for a while now and retains the GPU performance crown. While the GPU has not been accused of being hot, the reference design cooler inherits the noise of previous generations. So then, MSI have seen fit to strip the GPU back to the bare essentials and instead cool it with their very popular Twin Frozr cooler. The Twin Frozr design is now in it's third generation (fourth if you include the extreme versions) and as such, MSI have tweaked it here and there to what we have today, the Twin Frozr three. We've seen this cooler on other graphics cards and have been impressed both by its cooling ability and its acoustics so to include it on the best performing GPU today should make perfect sense. 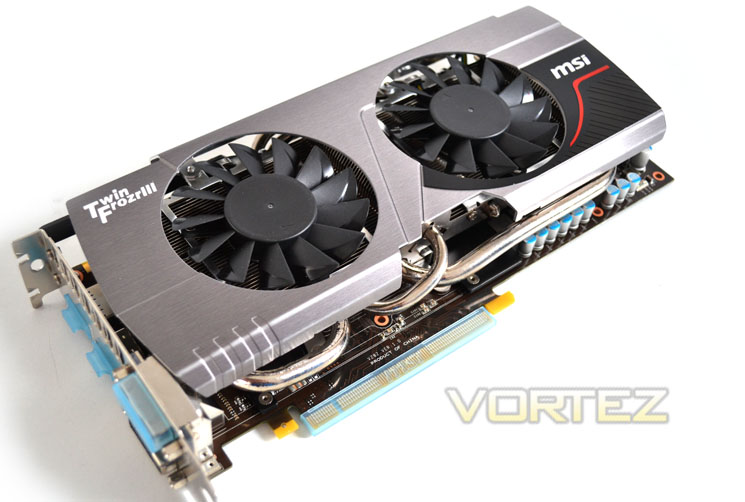 MSI have not just slapped a mighty fine cooling solution on the card though, they have also boosted the core clockspeed to 1058MHz which results in a boost clock of 1124MHz. The memory speed remains unchanged at 6008MHz (effective) though so hopefully there will be some room left for overclocking. What I will certainly find interesting is if the cards performance is unleashed with the added cooling because in previous reviews, the GTX680 began to throttle back 'boost' clockspeeds when the 70c threshold was breached giving a false interpretation of frames per clock as the clockspeed fluctuated according to load and therefore temperatures.