👤by Matthew Hodgson  Comments 📅22-09-19
Closer Look
As a general overview of the MEG X570 ACE, the board doesnt look all that much different from offerings from other manufacturers, but well delve a little deeper and highlight some of the smaller features that add up to make a difference. MSI have worked their way from the bottom, starting with a server-grade PCB which meets the increased demands of the new PCI-E 4.0 specification. 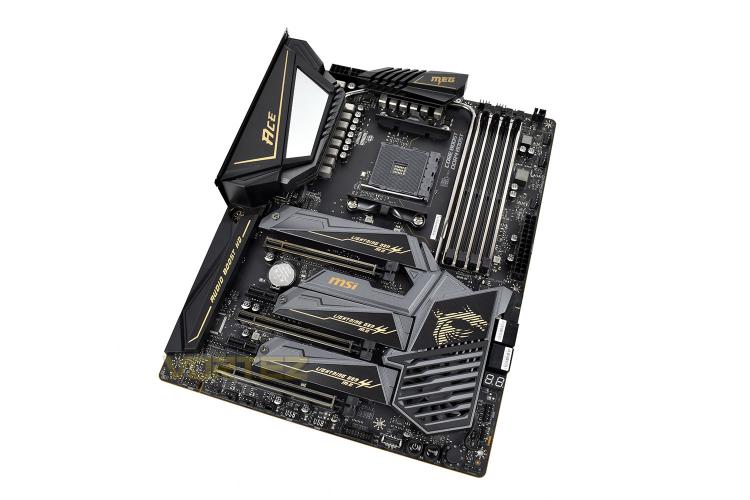 Firstly focussing onto the CPU socket and associated power delivery, MSI have employed an IR Digital PWM with DrMOS and Titanium power chokes for enhanced system stability no matter what you throw at it.
Power is delivered by a pair of 8-pin CPU connections tucked away behind the VRM heatsinks.
A heatpipe runs around the CPU socket to help distribute heat between both heatsinks for better thermal efficiency. 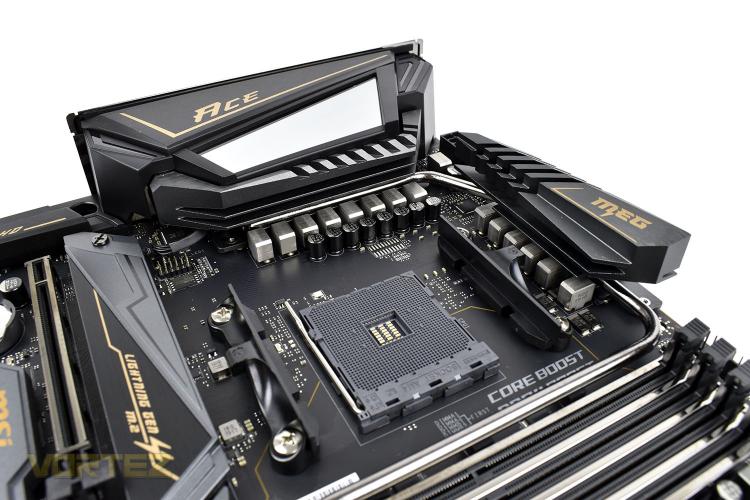 Moving onto the DIMM slots, these feature steel armour to prevent interference for better memory performance, while also featuring MSIs DDR4 BOOST which uses optimised memory circuit design for better overclocking and system stability. MSI have also endeavoured to work in partnership with major memory manufacturers to ensure full compatibility. Up to DDR4 4600MHz and 128GB is supported.
Also located around the edge of this section is a multitude of 4-pin PWM fan headers, a couple of RGB connections and the 24-pin motherboard power. 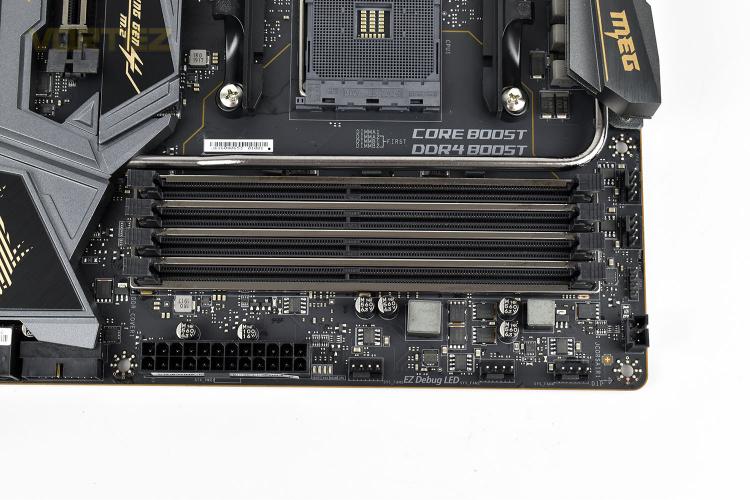 Something thats very unusual for a high-end motherboard, we only see four SATA 3.0 ports, instead of the usual six or eight. Alongside the SATA ports is a right-angled front USB 3.0 header. 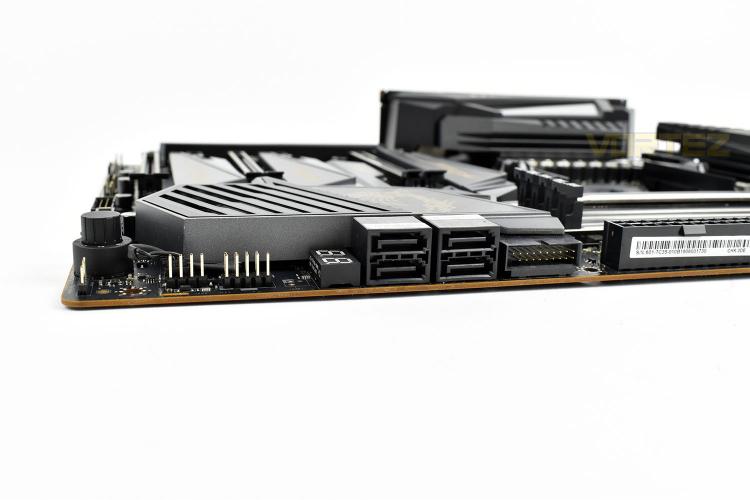 Tucked away under the metal shielding is MSIs Audio Boost HD. This has been isolated from the rest of the motherboard and features individual right and left channel circuitry for further improvements. The built in Audio Boost 4 chipset can automatically detect the impedance of your headset and make the relevant adjustments to improve sound quality. 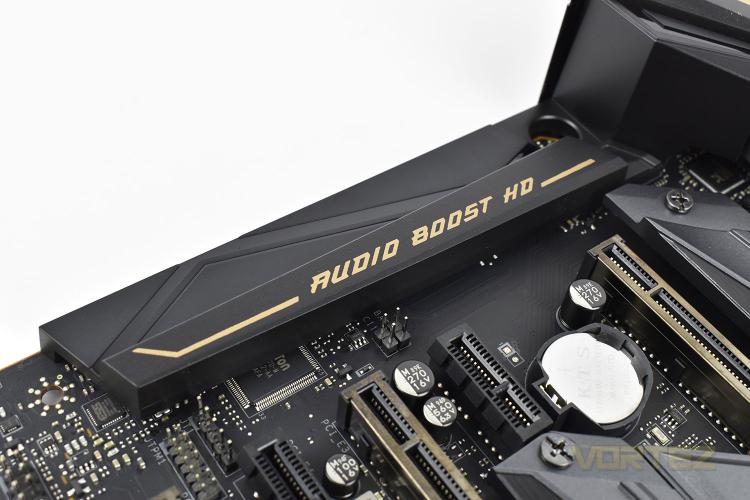