👤by Matthew Hodgson  Comments 📅08-10-18
Closer Look
Thanks to the latest Z390 chipset, the LGA1151 socket is capable of supporting next-gen Intel CPUs as well as the current Intel 8th Gen Core CPUs. Surrounding the CPU socket is 10+1+1 all-digital power phase, ensuring optimal operating conditions for your CPU, as well as providing the best possible power delivery for overclocking. To allow cool and stable operation of the power phase, theres a pair of independent heatsinks dissipating heat as well as providing a stylish appearance.

Tucked away behind the heatsinks is an 8pin + 4pin power connection for the CPU. This suggests the motherboard is capable of supporting some higher-power CPUs, perhaps with a TDP surpassing the 100W mark.

Located nearby to the CPU socket is only a single 4-pin PWM fan header, no water-pump headers here. 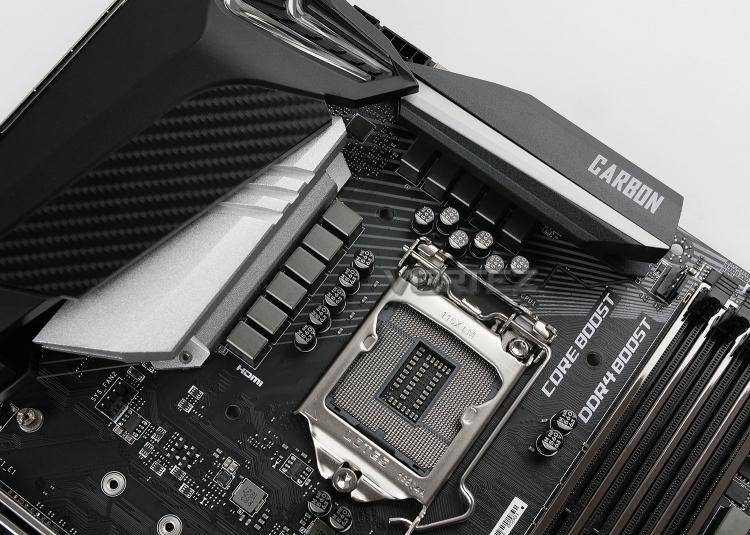 Alongside the DIMM slots are a pair of 4-pin PWM connections, one of which is specifically for watercooling pumps; these are generally located a little closer to the CPU socket for all-in-one solutions. We also see a JRGB header as well as the JCORSAIR standard for Corsair-specific lighting. Front USB 3.1 and 3.0 is catered for to the left of the 24-pin ATX power connection.

Finally, as EZ Debug LED layout is tucked in between the fan headers and ATX power connection. This enables the user a quick and easy indication of any problems that may occur when booting the system; sometimes something as simple as a bad mount on a RAM stick or the GPUs auxiliary power isnt connected can be the culprit, which these LEDs would help to indicate. 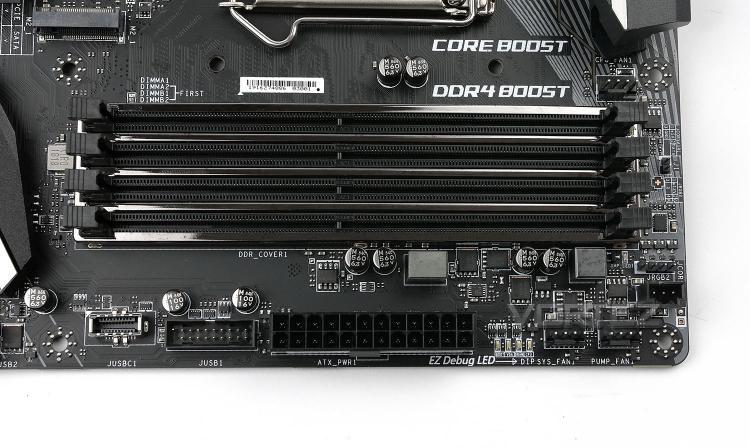 While were seeing a gradual shift towards more and more users opting for the extra speed and responsiveness of an NVMe SSD, SATA will still be present for years to come thanks to the price-per-gigabyte that hard disk drives can offer. This particular board offers a total of six SATA 3.0 ports, arranged in a right-angle from the board.

The port to the right is a secondary front USB 3.0 port, again at a right-angle, to aid with cable management in some cases. 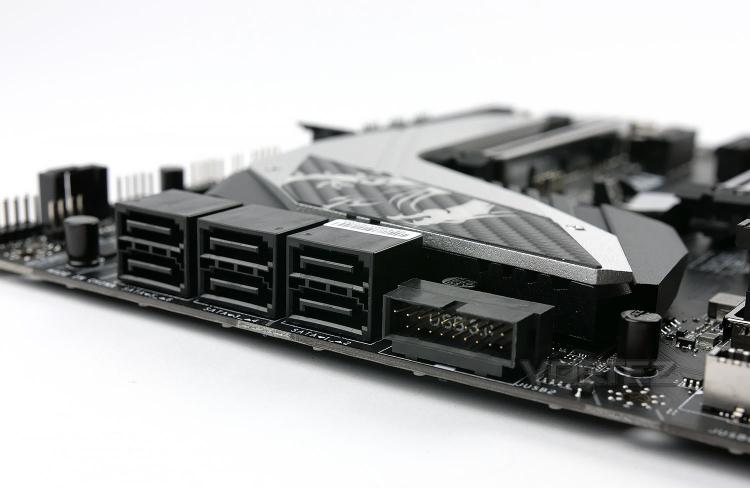 Looking at the motherboard from above, you can clearly see the full outfit of PCI-E slots. Functionality consists of the following:

AMD CrossfireX and NVIDIA SLI and NVIDIA NVLink is supported on the MSI Z390 board, allowing up to three AMD cards or a pair of NVIDIA. NVLink requires the purchase of a separate NVLink connector. 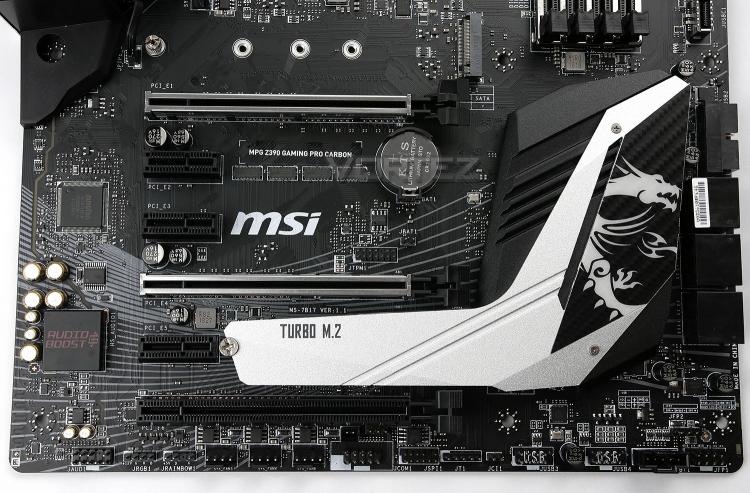 At the top of the image is the first M.2 connector, supporting all four of the common form factors: 22/42, 22/60, 22/80 and 22/110. The 2nd M.2 connector is located under the large silver heatsink, labelled TURBO M.2. This supports the same four form factors. Both ports are capable of PCI-E x4 NVMe connectivity for incredible throughput. 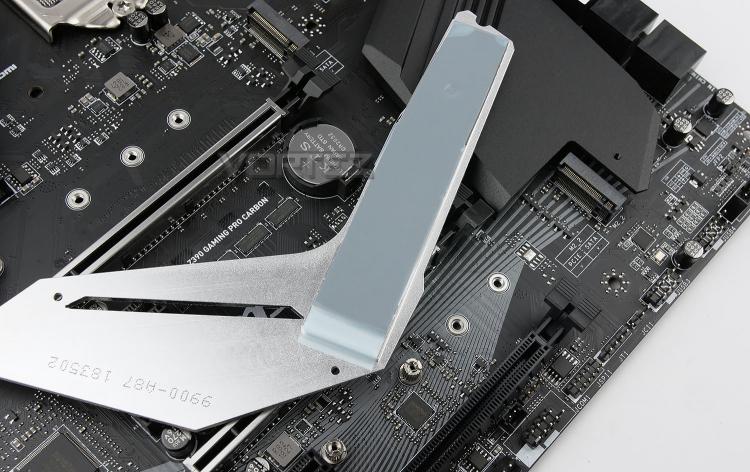 The bottom left corner of the board is isolated from the rest via a physical trace through the motherboard, this prevents any unwanted interference which audio components are particularly susceptible to. The Audio Boost 4 audio processor uses the ALC1220 Realtek codec and passes the audio output via audio caps which are tuned for a warm sound. 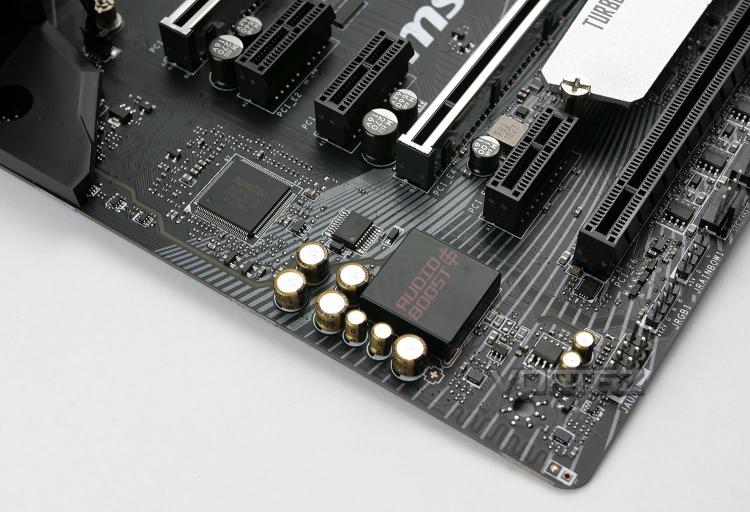 Last, but not least, is the rear IO. As weve previously mentioned, the IO Shield is pre-attached, saving you the bother of forgetting to install it before the motherboard.

Starting at the left and working towards the right, we have:

Unfortunately, due to strict NDA guidelines which we must follow, that is all we can bring you right now. Performance figures arent allowed until a later date.

However, what we can tell you is that we look forward to seeing what the MSI MPG Z390 Gaming Pro Carbon is capable of. Watch this space.