👤by Sahil Mannick  Comments 📅01-07-10
Specifications
Based on the GF100 chip, the GPU packs an impressive 3.2 billion transistors, over double that of the GT200 architecture. In its default configuration, the Fermi based GPU features 512 CUDA cores, or shader processors as we are more accustomed to. These are organised in a 4x16x32 block where 16 denotes the number of stream multiprocessors(SM) and 32 being the number of core on each SM, an increase of four times over the prior designs. Another addition is the L1 Cache for each SM and a common L2 Cache shared by Fermi's 16 SMs. 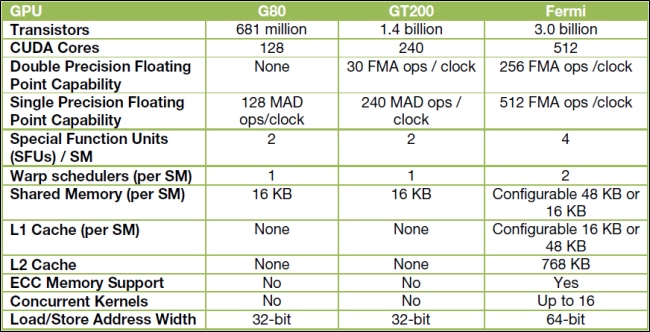 Although a full GF100 core features 512 CUDA cores, only 480 are actually active in the flagship GTX480 graphics card and this is achieved by disabling one SM. However, the full 48 ROPs, L2 Cache and 60 texture units are still present so only a fraction of the shader performance is lost in the process. While the reason for this is unknown, it could well be due to thermals or yield problems. Or Nvidia might be watching the competition closely to released the full power of their Fermi core later on.

The GTX465 that we have today is merely a cut down version of the GTX480 and thus still features the GF100 core. A total of 5 SMs have been disabled leaving 11 behind and with each holding 32 cores/ 4 texture units, the GTX465 has a total of 352 CUDA cores and 44 texture units. Furthermore the number of ROPs has been cut down to 32 from the full 48.

Another notable difference of the GF100 core is its narrower memory bus compared to the 512-bit bus of the GT200 core. The GTX480 has a 384-bit memory interface but to compensate for this, the core has been teamed up with GDDR5 memory. The GTX465 has two of its memory controllers disabled leaving it with a 256-bit bus and 1024MB of memory.

This should put the GTX465 at roughly two thirds the performance of the GTX480 at a smaller fraction of the cost, which is always welcomed. The core and memory clock speed of the GTX465 has also been limited to 607/3200MHz respectively . Despite the Twin Frozr II cooler and superior circuitry by MSI, the card has been left at its stock speed, albeit with the promise of a massive overclocking headroom. 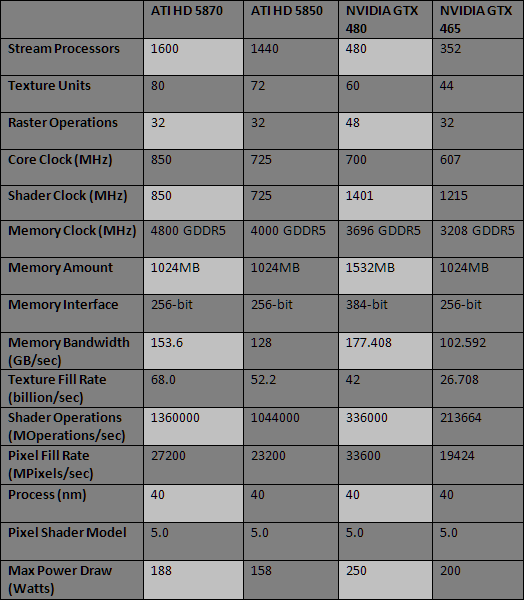 The MSI GTX465's price point pits it against ATI's HD5850 and while on paper it may seem like the ATI offering is the clear winner, we have to remember that Fermi's architecture is a step away from the old designs and the newly designed integer ALU supports full 32-bit precision for all instructions as opposed to the limited 24-bit precision of the GT200 core. Fermi's core value is for high performance computing, thereby being designed for better arithmetic performance and optimized for OpenCL and DirectCompute. The main disadvantage of the core, as a result of this, is its power consumption, with the GTX465 having a max power draw nearly 42W over its rival.