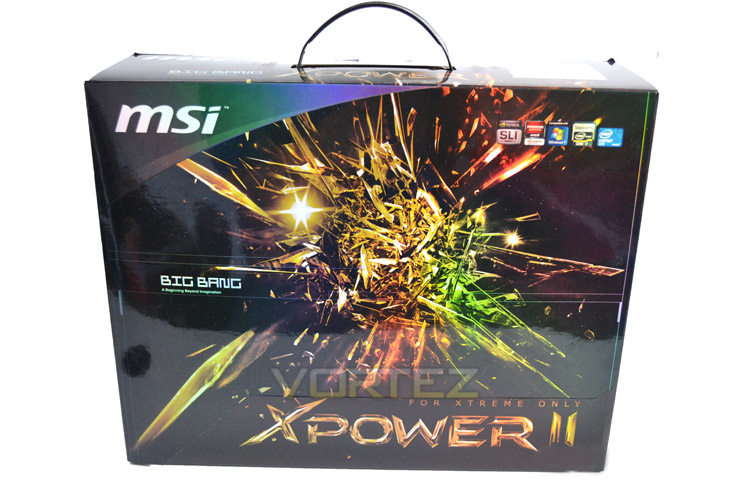 Package Front
The outer box is as attractive as it is large. The black background is joined together with metallic gold text and covered throughout with a rainbow gloss. Surprisingly the product title 'Big Bang' is small however the large golden explosion gives the name quite enough emphasis! Beneath the flip-up lid is the XPower II moniker and towards the top of the package are the obligatory 'supports' emblems from Intel, NVIDIA and AMD. Uppermost, box has a carry handle for ease of transportation. I do wonder who actually carries a motherboard box around like a suitcase but nonetheless it's a nice addition and most other flagship product packages include this feature. 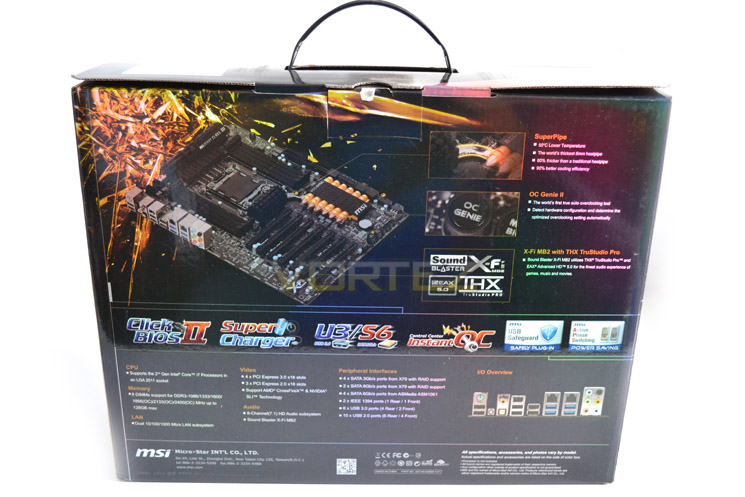 Package Rear
Flipping the box over we get a glimpse of the mainboard with some close up shots of the feature set including Superpipe, OC Genie II and XFI MB2. There's also an I/O overview with a full breakdown of the connectivity both at the I/O plate and PCIe areas. 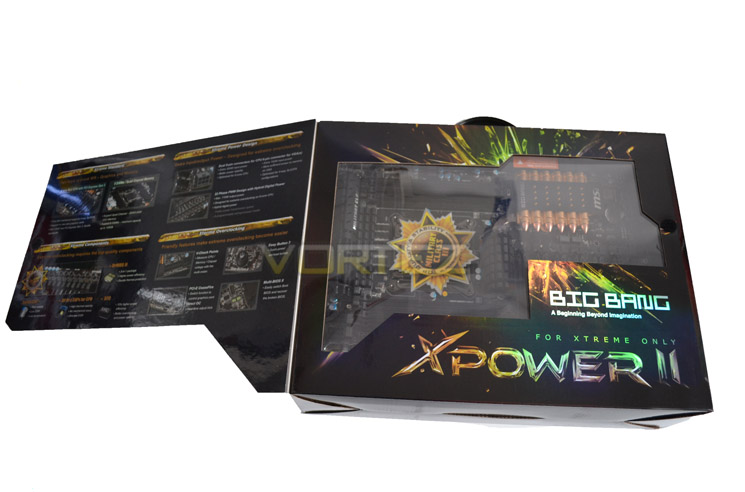 Flip Lid
By opening the lid we get a window which shows the mainboard hidden behind. Adjacent to this window, MSI delve a little deeper into the feature set and show off the motherboard's Xtreme features such as the power design, components used and overclocking. 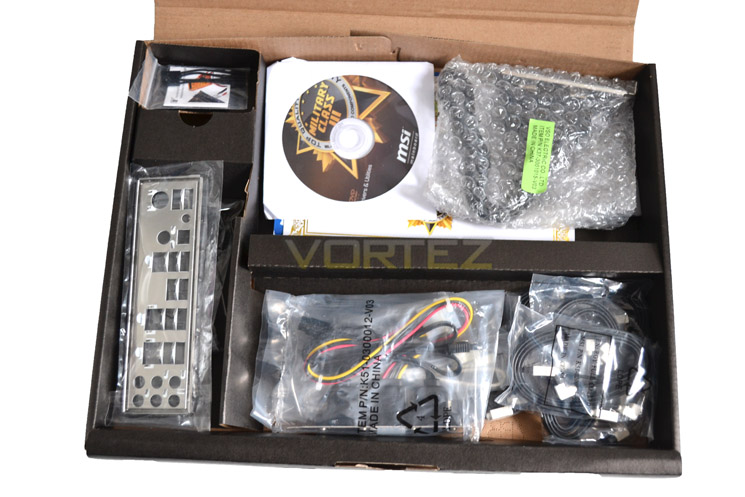 Inside the box there are a further two boxes, one containing the motherboard itself and the other holding all of the accessories. The compartmentalised accessory box is good, not great. I found that after minimal use the cardboard began to collapse which was a shame as after repeated use it would soon deteriorate. Other than that, I was happy they decided to totally separate the accessories from the mainboard by placing both items in their own box. 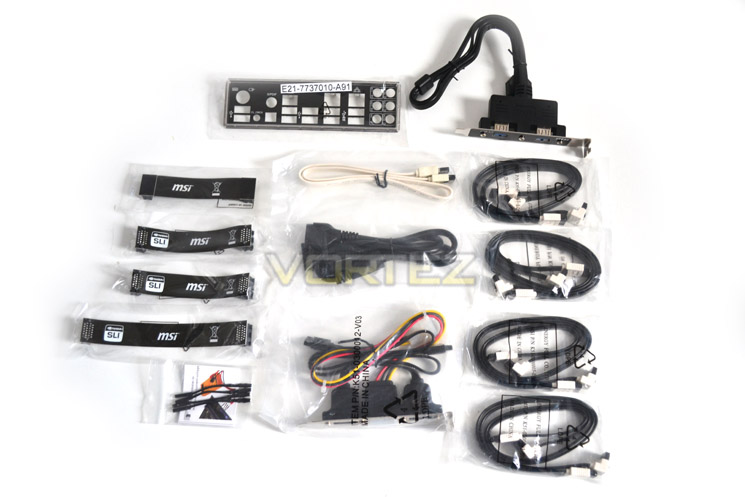 MSI have gone to great lengths to ensure you have everything you could want with a plethora of manuals, Driver CD and even a certificate of authenticity for the Military Class III components. The list continues with the following items: I/O Backplate, 3x SLI bridges (for upto 4-way SLI), Crossfire Bridge, Multimeter adaptors, USB 3.0 bracket, eSATA Brankets, eSATA power cable, eSATA data cable, M-connectors, and 8 SATA cables.

Overall, a very well, attractively presented product which should reach you in perfect condition thanks to the great packaging used. Let's move on to the mainboard itself...