👤by Matthew Hodgson  Comments 📅30-01-20
Closer Look
The controller, sporting a layout somewhere between an Xbox One and PlayStation 4 controller, is coated in a soft-touch material that should aid traction if you tend to get sweaty hands when playing for a while.

The action buttons (Cross, Square, Triangle and Circle) are a bit larger and sit slightly more proud than youd find on a PS4 controller, as does the D-pad, which can be used as both a 4-way or 8-way depending on the way you press it.

Top and centre is the trackpad which can be useful on the PS4 for typing. Just below that are 4 LED indicator LEDs to show which profile youre on.
On the bottom of the controller is a 4-pole 3.5mm adaptor for your headset. 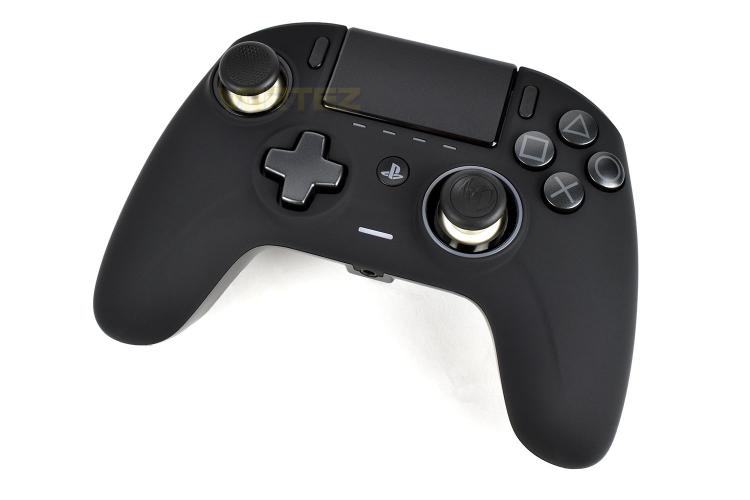 On the top end of the controller are two large triggers and shoulder buttons with a USB Type-C connection in the centre. 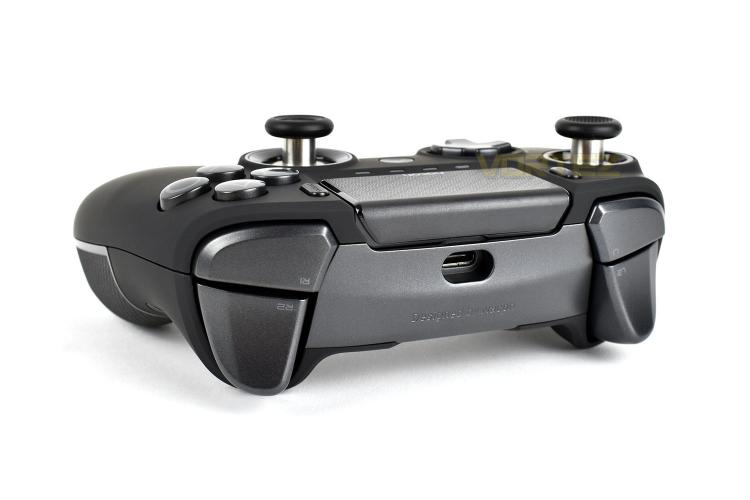 As we mentioned in the introduction, the thumbsticks are highly configurable. The angle that they can be leaned to is adjustable by swapping out the collars around the shaft, from 30° to 38° and 46°. This can be handy for racing games, as one example, where you would typically gain an advantage by limiting your steering inputs by preventing tyre scrubbing.

The thumbstick heads can also be changed out for concave or convex heads, depending on which you prefer. Theres two of each included and any of the four can fit on either of the thumbsticks. 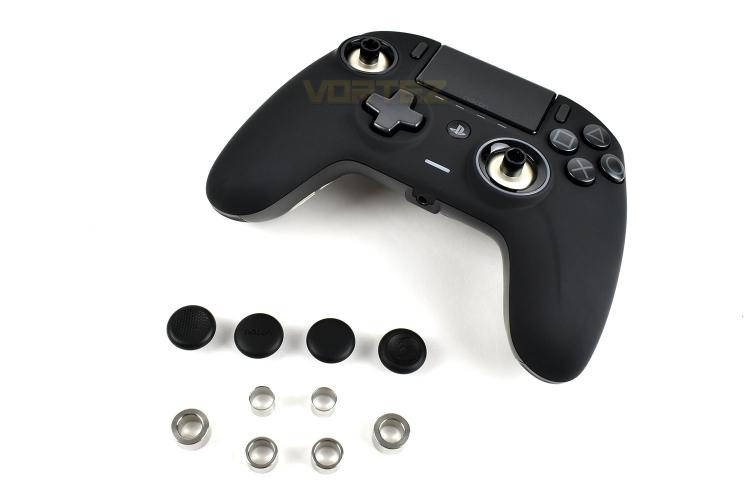 Flipping the controller over, theres a raft of buttons to fiddle with. In the centre (from right to left) is a mode selection switch (PS4 Normal, PS4 Advanced and PC), a communication switch (Wired or Wireless) and a profile toggle button.

Under those are volume controls and a microphone mute toggle (with a battery indicator built in if you press and hold).

On the handles on either side are two programmable buttons, these can be assigned to whatever you fancy on the PC software and saved into the controllers profiles for use on the PS4. 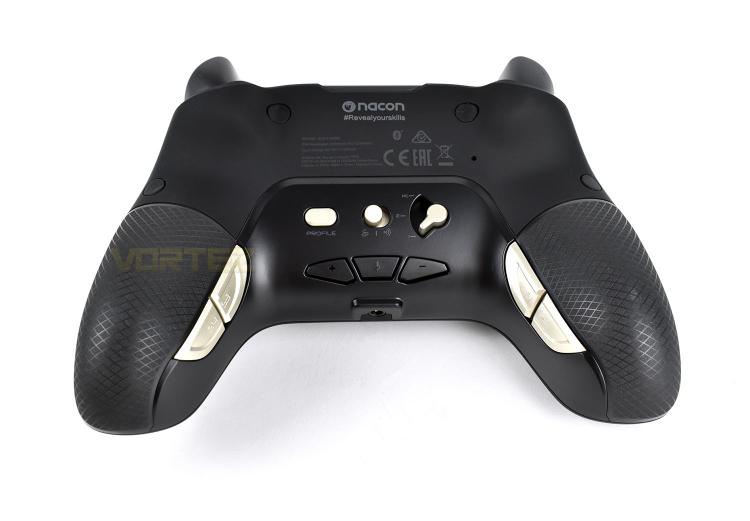 Sliding off the grippy handles, you reveal the weights recesses. You can choose to weight one side of the controller more than the other, if you want to, or go without altogether. You get a pair of 10g, 14g and 16g weights to use however you like. They also have the added bonus of looking like really tiny dumbbells. 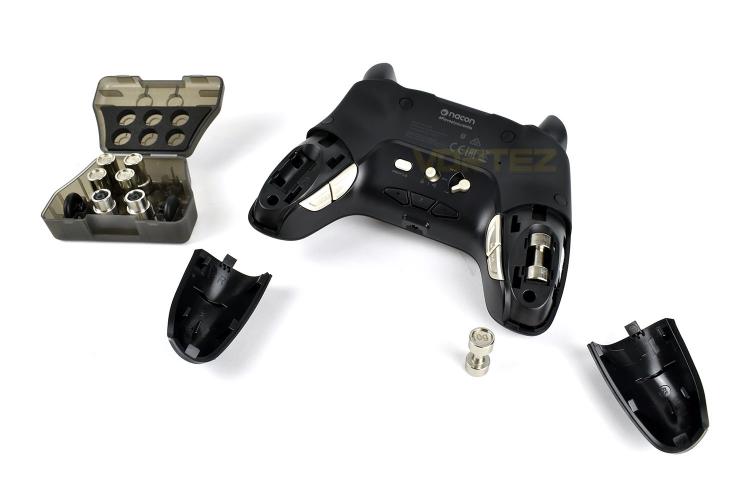