The Nighthawk AX8 is an 8-stream router and is part of an initial offering within Netgears WiFi 6 range. WiFi 6 is the latest confirmed standard within the WiFi standard; WiFi 6 and 802.11ax are interchangeable, however, to make wireless transmission technologies easier to understand for the general public. This latest standard improves 2.4GHz & 5GHz operation and supports the newer 160MHz channels, and in doing so broadly increases support for multiple high-bandwidth devices.

The AX8 supports eight spatial streams (2.4GHz 4x4 and 5GHz 4x4) for a total supported bandwidth of 6000Mbps. Streams are dynamically allocated to devices depending on their needs for more efficient operation in homes and offices with high numbers (typically 10+) of concurrently connected wireless peripherals. 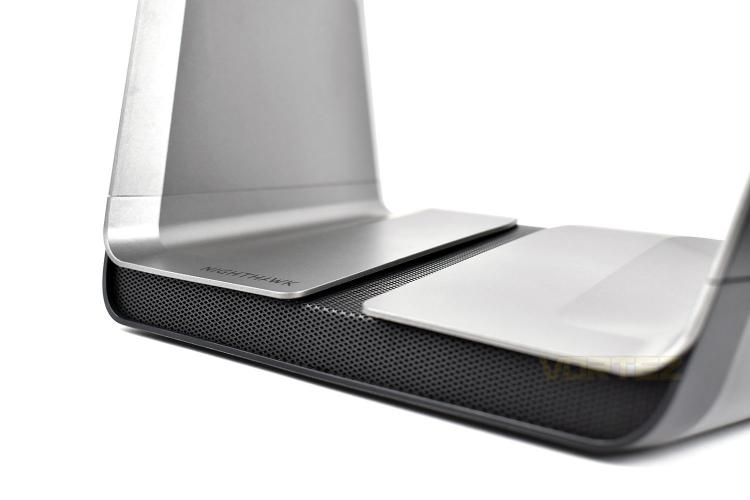 Like other members of the revised Nighthawk series, the AX8 supports a number of new features deemed integral to successful adoption of Wifi 6: OFDMA and 1024-QAM. OFDMA allows full-duplex operation with compatible peripherals, while the 1024-QAM scheme is a forward-thinking standard that significantly increases available bandwidth in zones particularly dense with compatible connected devices.

While the internals are of a high importance, as is the appearance. The AX8 sports a striking, starship-like design that we believe would look fantastic almost anywhere.