👤by Matthew Hodgson  Comments 📅10-06-19
Closer Look
With the wings laid flat, the router is covered with peelable protective labels. The instructions on the antennas are clear and easy to follow. 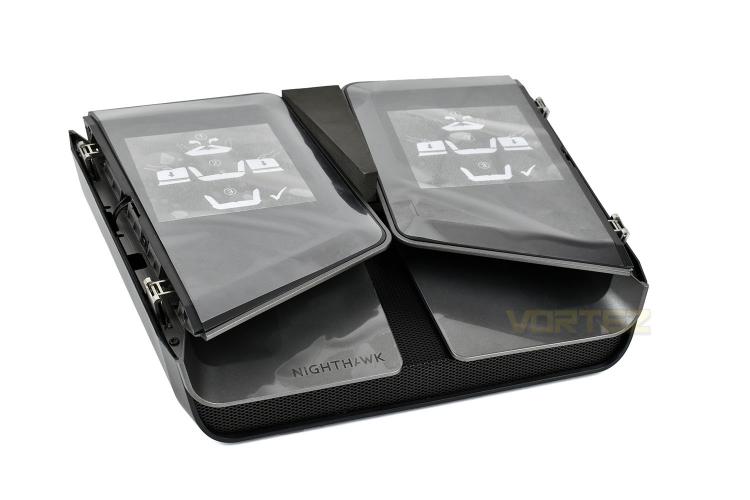 The metal hinges allow the wing to reach its full height then using a small amount of force, you push down to lock it into place. The protective foam can then be removed and discarded. 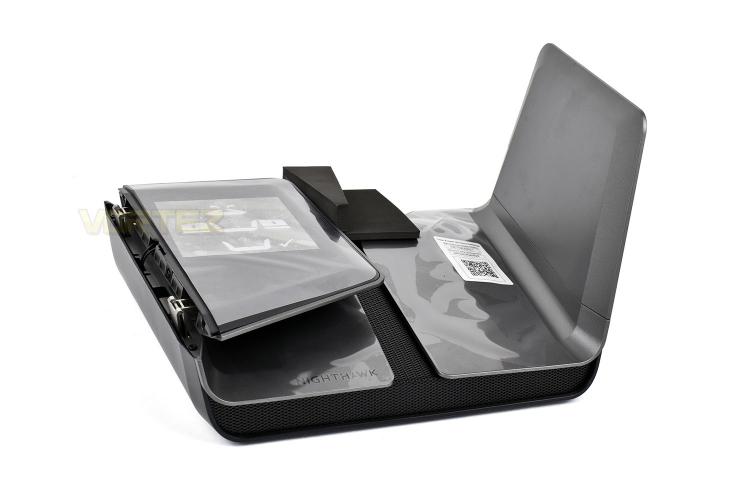 With everything locked into place, its now possible to see the thin meshed section in the centre of the router, extending right across the front. Theres a small fan residing behind this, roughly 40mm in diameter, likely used to keep everything cool when the device is being heavily utilised. 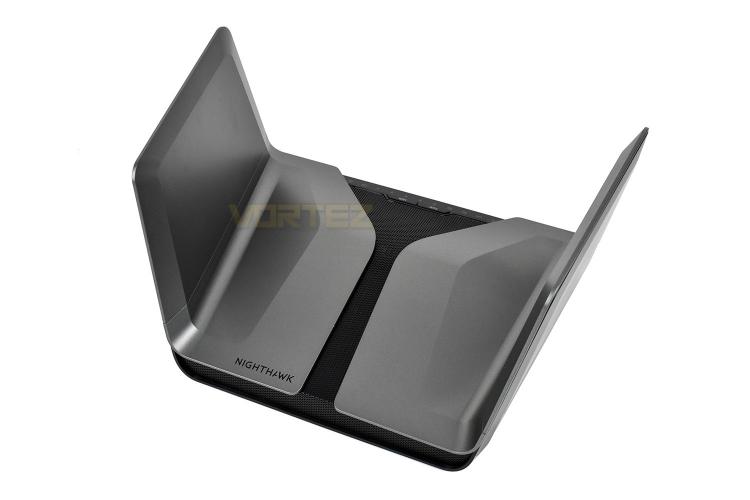 Instead of putting the flashing lights on the front edge, Netgear have switched things around and put them out of eye-shot, at the back of the device. Theres also a WiFi off and WPS switch here. 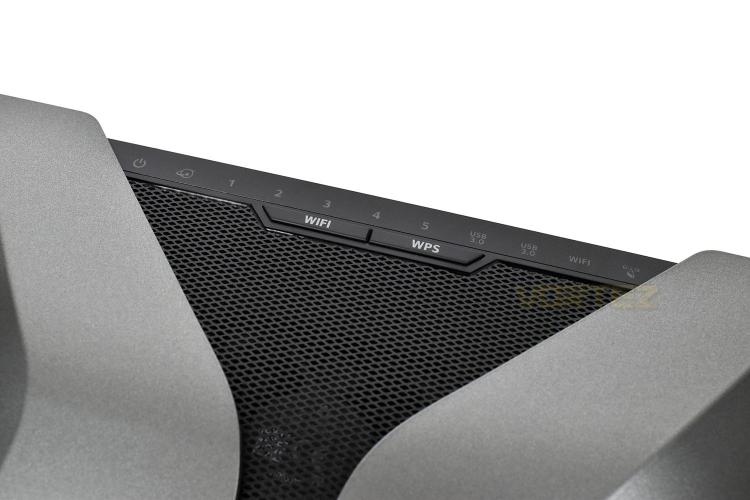 All of the IO is located on the back, with no ports/connections found on the side or front. Starting on the left we have:
LED on/off toggle
Reset switch (to restore factory defaults)
2x USB 3.0 ports
5x Gigabit ethernet (with Aggregation options)
1x WAN port for your ISPs modem (with aggregation options to the adjacent Gigabit port)
Power switch
AC connector 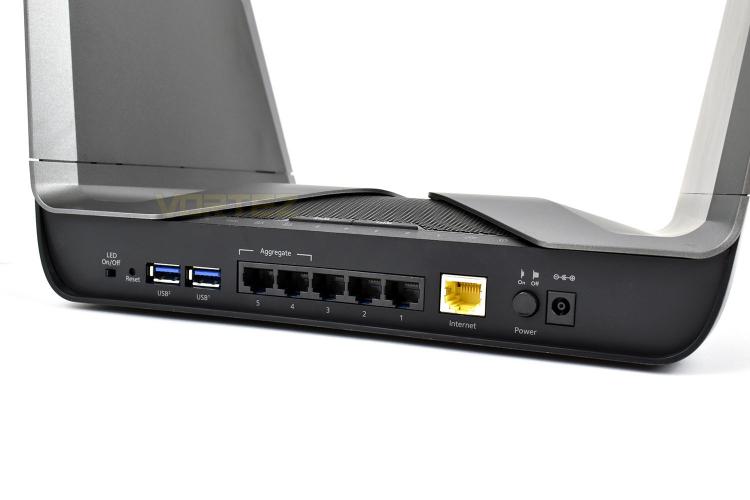 Finally, the base of the router. Theres some small ventilated sections to help keep things cool in the centre, allowing airflow through the 40mm fan that we mentioned, and four large rubber pads to keep it in place and allow a small space between the surface and the router.
Netgear have also placed two keyhole mounting points on the underside, but in typical Netgear fashion, havent included any mounting hardware. 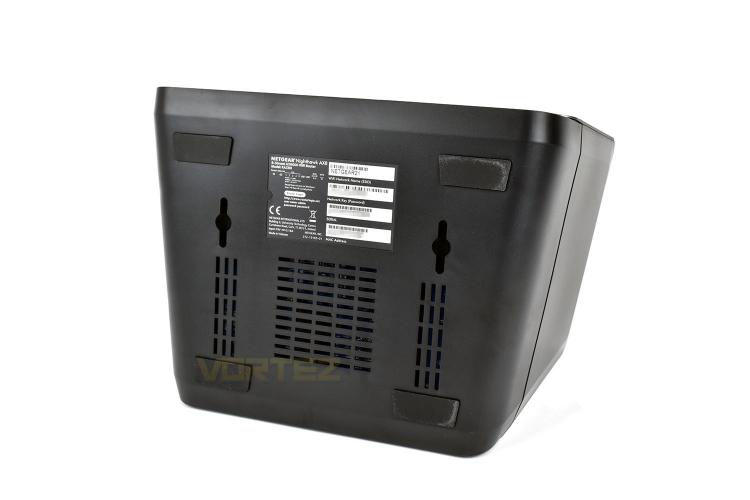