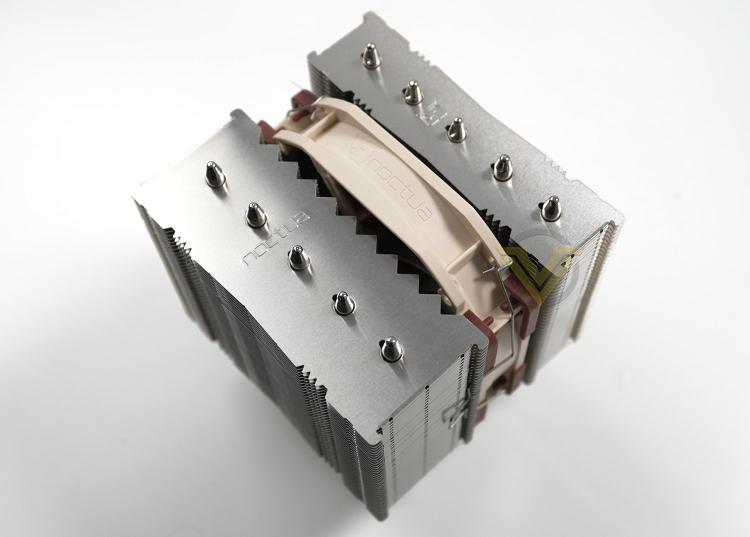 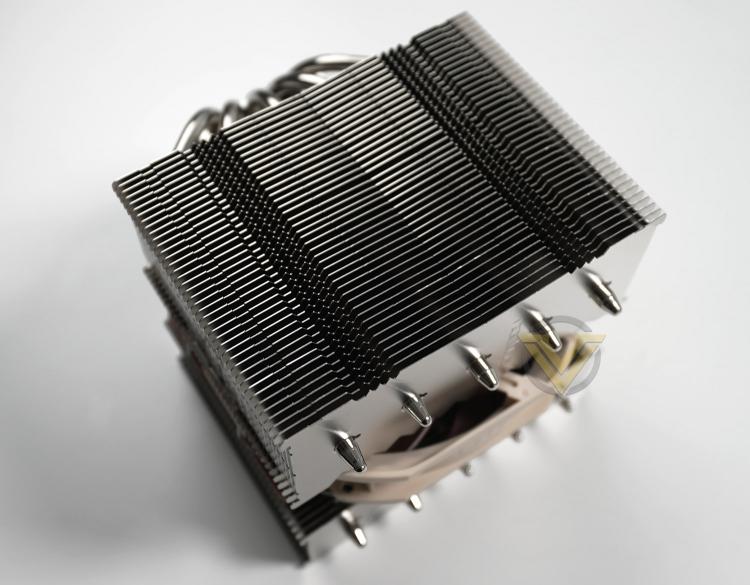 The top section of NH-D12L (which will be the angle most visible in the chassis) is designed like other Noctua coolers, with the top of the heatpipes popping out through the uppermost fin on the heatsink. The Noctua insignia is small, but nice touch.

NH-D12L is a twin tower heatsink and as you can see the thickness and fin design is different between the two stacks, the thicker of the two has teeth shaped fins to coincide with the direction of airflow from the fan which is mounted in the middle. The fan should always have its airflow directed towards the thicker tower.

Noctua are keen to emphasise that the fins are soldered to the heatpipes in a bid to ensure greater thermal longevity and it should also be noted that NH-D12Ls headline feature is that it is just 145mm in height, whereas other CPU coolers in Noctuas lineup, which are 120mm in spec are 158mm. This will obviously provide better case compatibility. 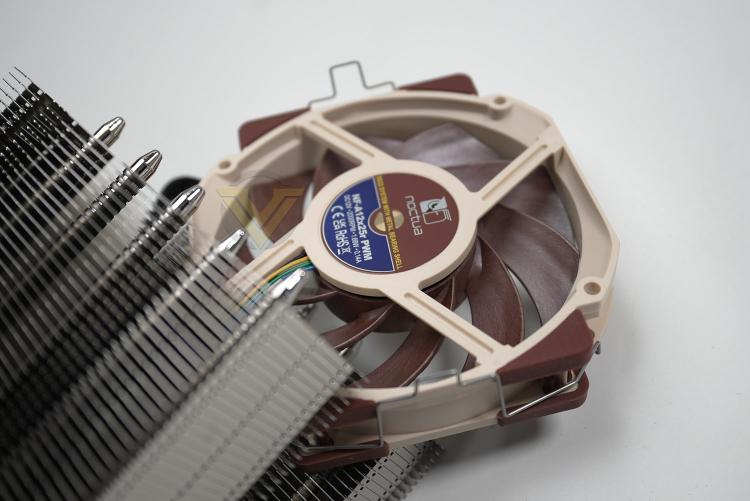 Supplied with NH-D12L, we have a Noctua Round-frame NF-A12x25r PWM fan. This is one of Noctuas renowned 120mm fans which is optimised for CPU cooling  it is well-known for offering great performance and low-noise. 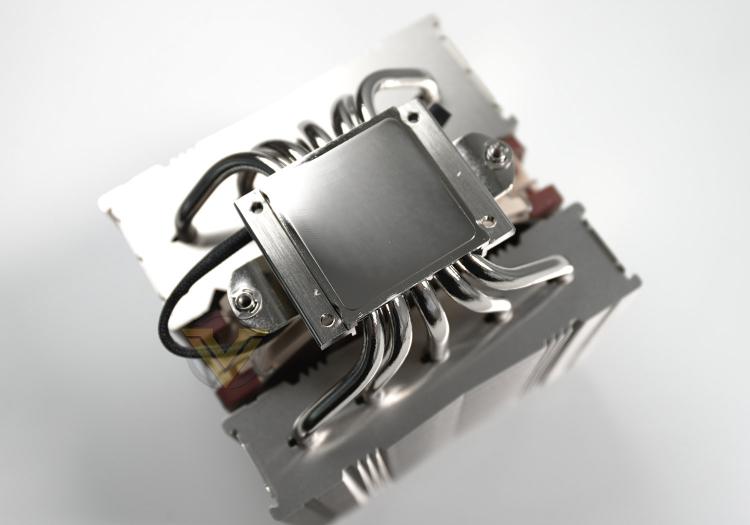 The baseplate is copper and does not offer direct touch (with the heatpipes) which we see a lot of CPU coolers providing, nor does the baseplate feature any pre-applied thermal paste. Noctua has supplied a tube of NT-H1 within the bundle though and this can be applied to the CPU when installing.