NZXT have packaged their fans in a fairly simple but very attractive black and orange box design. This contrasts well with the white fan blades that can be seen through the windowed section of the box. Some specification data and useful info is highlighted at the base of the box including a 2 year warranty for peace of mind. 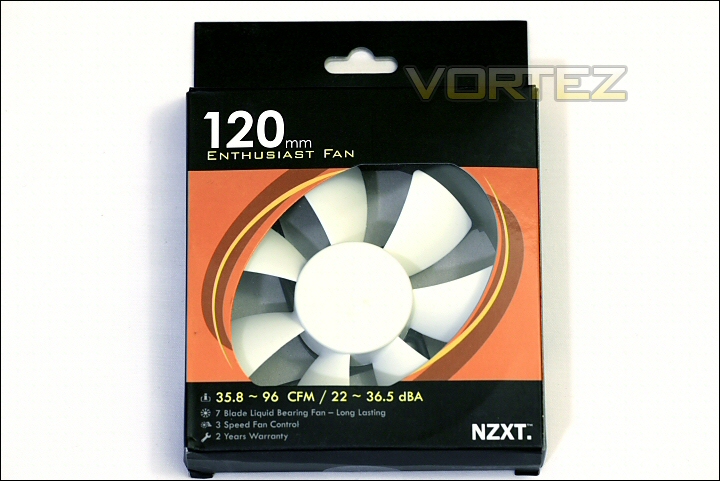 The rear of the packaging includes more specific specification data. This is listed in four separate sections to cover English and a further three languages. 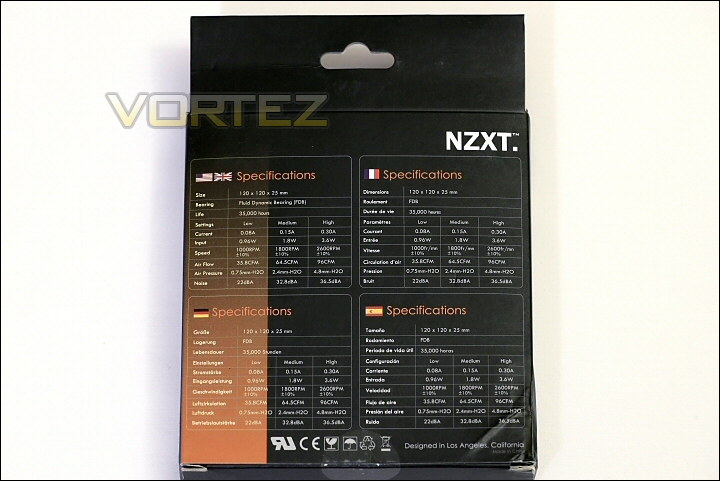 Once unpacked we can see the selection of bits and bobs supplied with the 120mm Enthusiast Fan. As well as the fan itself you receive a set of four standard metal case screws, four silicone mounts and a molex to 3 pin adapter which can be seen already connected to the standard 3-pin cable. The 3-pin cable on the fan is braded which is nice as it looks good and offers additional protection from snagging and damage during installation and use. 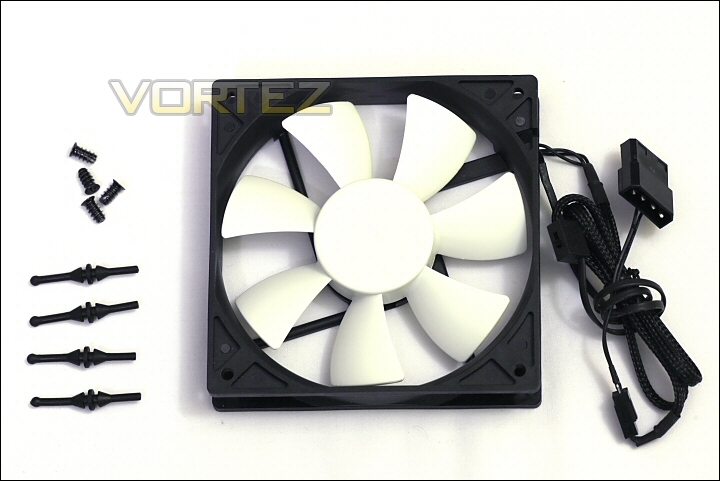 The design is a fairly standard 7 blade affair in a very tidy white livery that contrasts nicely with the black frame. I would also mention that despite the clean and simple looks the rotation of the fan suggests a considerable magnet assembly is present which goes some way to explaining those impressive numbers on the specification sheet. 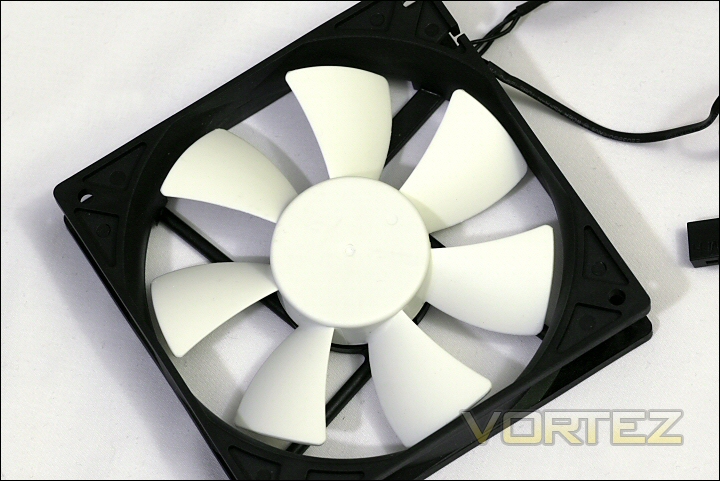 Cable wise you get the standard 3-pin power feed (seen with the molex adapter attached) and also an 'Antec style' 3 speed switch. 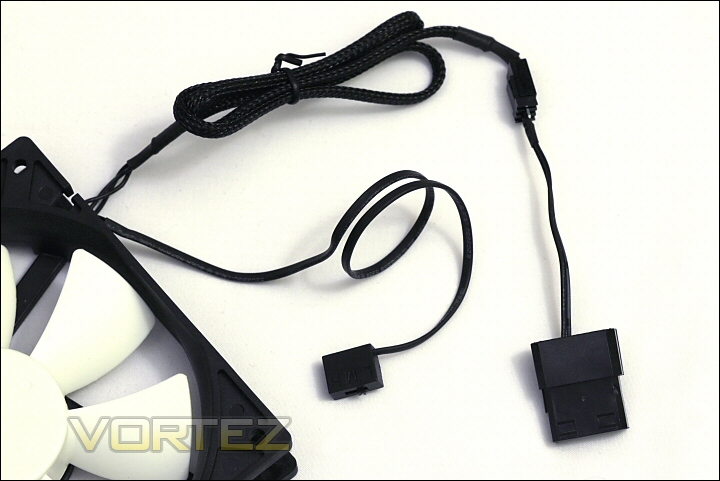 The rear of the fan is neatly labelled with NZXT's logo along with the product number and power information. It also advertises the Fluid Dynamic Bearing on board too. 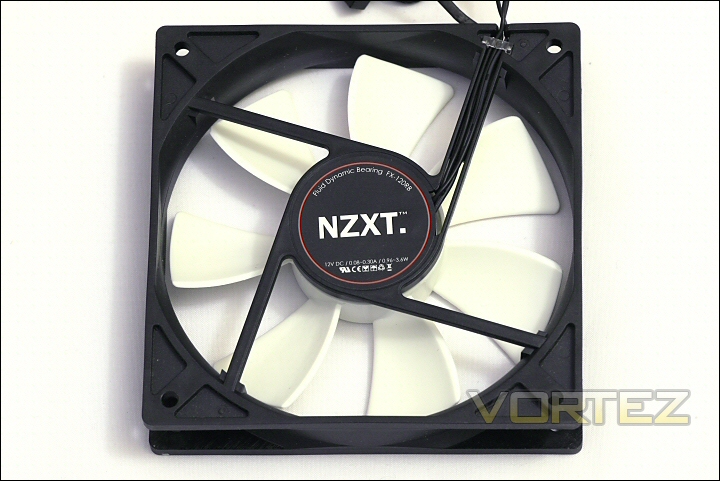