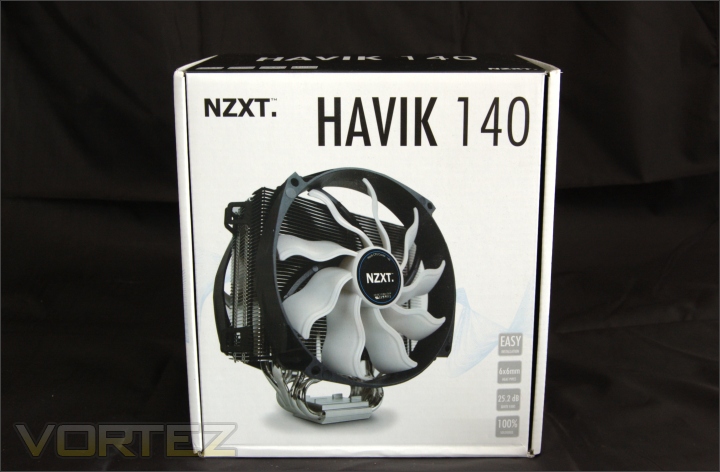 The front of the box
The NZXT Havik 140 comes packaged in a fairly standard cardboard box that follows an attractive black and white colour scheme. It is fairly minimalistic but works well to appeal to users. As always, it is more welcoming to see a simple design rather than an overwhelmingly flamboyant design. On the front is an illustration of the heatsink and fan with 4 of its key features listed at the bottom right. The model name is printed boldly across the top. Overall, a promising start. 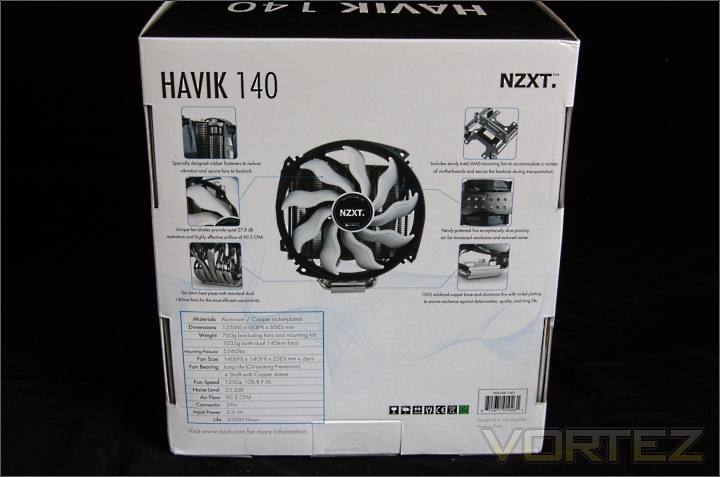 The back of the box
Turning to the back are small pictures illustrating a number of features such as the heat pipes, dual fan support, rubber fan fasteners, easy installation and copper base. There is also an official specifications table which on paper boasts very good numbers. It also gives potential buyers an excellent view of what to expect. 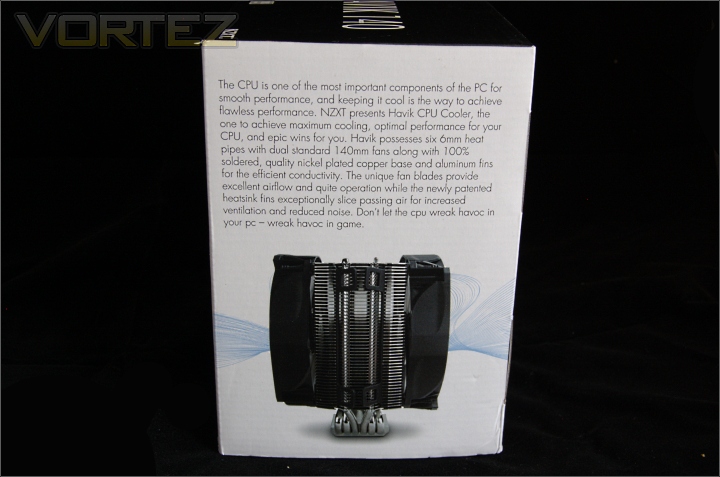 NZXT blurb
On the side, NZXT provide a blurb of what their Havik aim to deliver and how their Havik is designed to cope with the heat generated by current CPUs. The picture also shows a side view of the cooler with both fans installed so buyers have an idea of what it looks like from all angles. 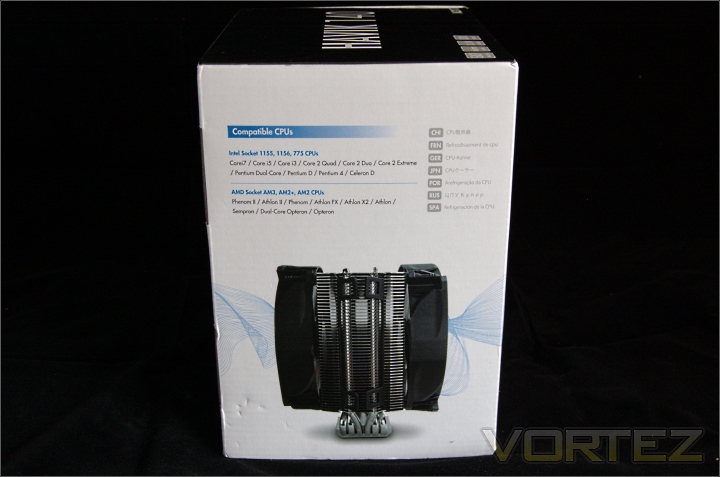 Socket compatibility
On the other side, NZXT list all the sockets and CPUs the Havik is compatible with. It supports all current Intel and AMD sockets going back to LGA775 and AMD AM2. 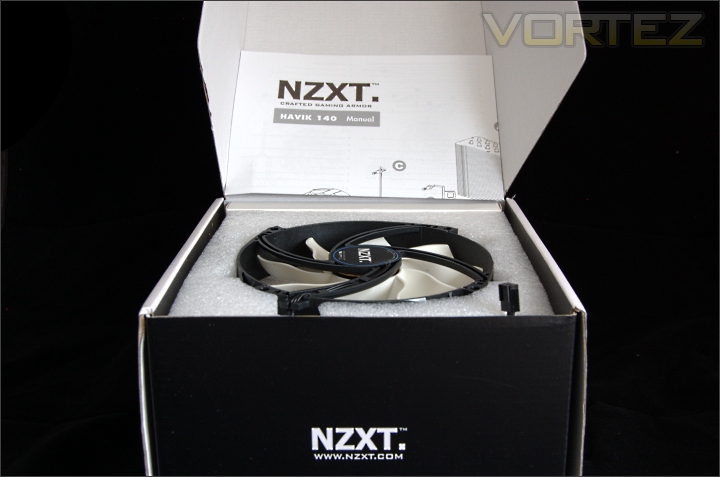 Opening the box
Opening the box and lifting the lid reveals the first fan and the Havik manual. The manual simply folds out for all the instructions. The fan itself is enclosed in foam for protection. 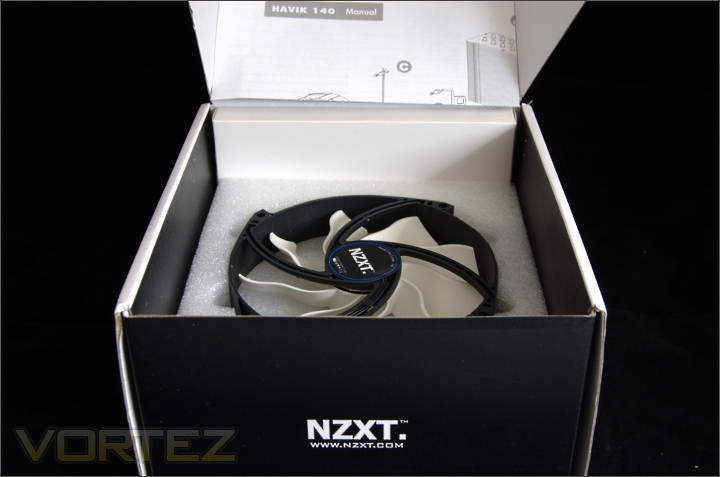 The second fan
Removing the first fan, we go deeper and meet the second bundled fan. At the back, the white box contains all the mounting kit and accessories. 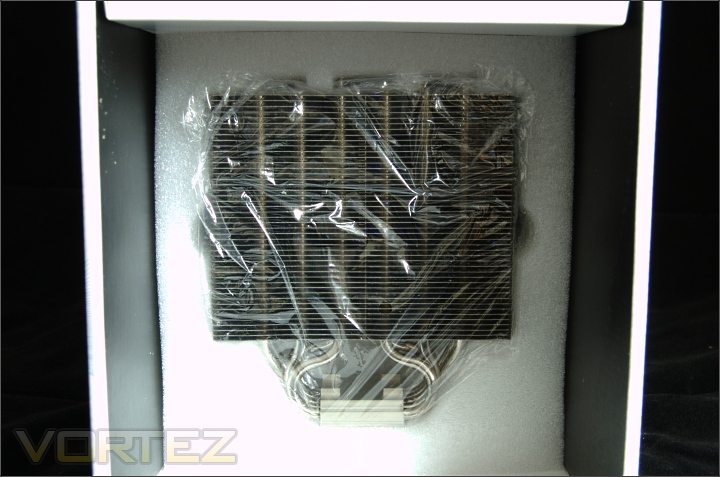 The heatsink at the end
And finally we have the heatsink wrapped in a plastic bag and secured in foam cut out. The sides have thumb grooves to ease removal of the heatsink. 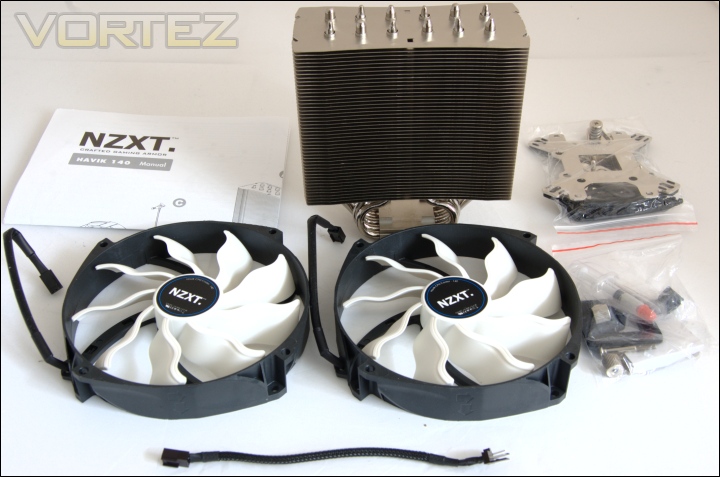 The bundle
The whole package includes:

Its good to see NZXT bundling two of their specially designed fans with their heatsink as it saves potential buyers the trouble of buying other fans. However, it can be argued that some people may want to use their own fans or have the choice to do so. We will see later if the NZXT fans have the performance to warrant settling with them. 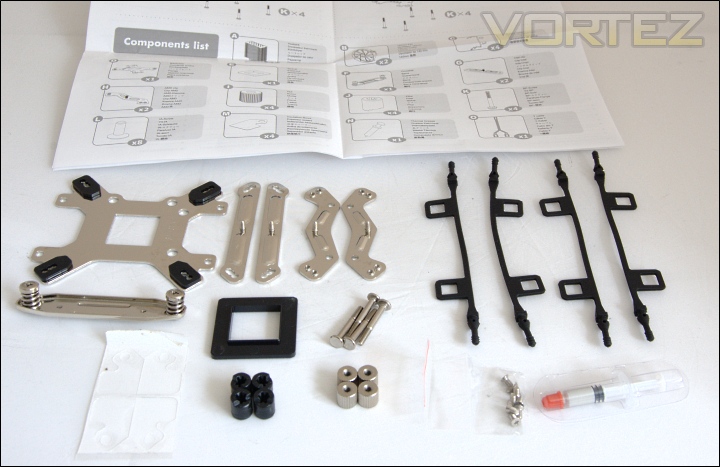 The installation kit
Taking a closer look at the mounting kit, we have the:

After my complaint that the Alpenföhn Matterhorn had several installation back plates, it is refreshing to see NZXT opt for a universal back plate as it reduces the number the components required needed for installation. We will see later that it makes the whole process much easier.