SSDs are fast but are limited by SATA bottlenecks. OCZ's Revodrive 350 breaks these barriers by utilising PCIe. This isn't the first time OCZ or indeed other manufacturers have made use of the PCIe ports which are traditionally reserved for bandwidth hungry graphics cards. The OCZ RevoDrive 3 x2 also used this technological advantage however, it was crippled by cost restrictions (circa £450). The new RevoDrive 350 sees a drop in price by £100 for the 240GB model to around the £370 mark. True enough, this is still considerably more expensive than an SSD but when you also factor in the speed difference (which we will discuss later) the OCZ RevoDrive 350 begins to make sense for those requiring the ultimate in performance. Nobody said the best was ever going to be cheap! 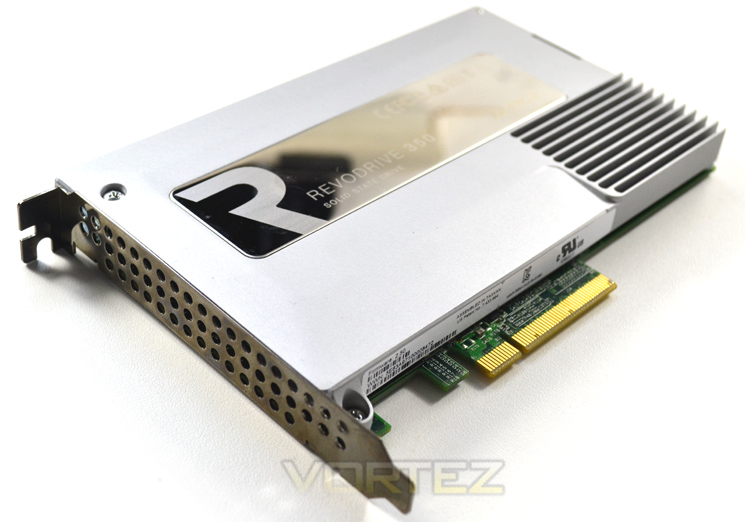 Speed isn't the only feature of the RevoDrive 350 either. Aside from the utilisation of a PCIe port, freeing up SATA ports, especially if you use RAID, which may or may not be a positive, the RevoDrive is warranted for 50GB of host data writes per day. It comprises multi controllers so the host will see it as a single unit thus TRIM, Smart erase and SMART are features afforded by this drive.

Here's what OCZ had to say about their latest product: