👤by Sahil Mannick  Comments 📅31-03-11
Conclusion
Ill start with a confession. When I first tested the Prolimatech Megahalem, I was left somewhat underwhelmed considering Thermalrights Ultra Extreme still held its crown at the time. On first impressions, I couldnt see how the Super Mega would offer much more as it appeared to be the same as the Super Mega with some added copper fins. Boy was I wrong. The Super Mega demonstrates why Prolimatech have become such a revered name in the cooling market. Its performance was amongst the best at stock CPU speeds being either on par or ahead of its closest competitor, the Venomous X. At 4GHz, it didnt prove to be as good as the Thermalright alternatives but it wasnt far off. Prolimatechs own PK-1 thermal paste was a very beneficial addition and helped improved cooling performance. Although designed with low RPM fans in mind, the Super Mega saw significant gains when moving from the 1300RPM NF-P12s to the 1800RPM SWiF2-120P fans, more so than on the Venomous X or the Ultra Extreme which sports tighter fin spacing. It may be that the Super Mega isnt taking advantage of the high static pressure of the Noctua fans due to its larger 2.5mm fin spacing. The best compromise in this situation is to use 140mm fans that can deliver high airflow at low rotational speeds. Support for such fans is one advantage that the Super Mega boasts over its rivals and many other tower heatsinks on the market. On the whole, the Super Mega is very well designed, and the installation kit is trouble free and robust. 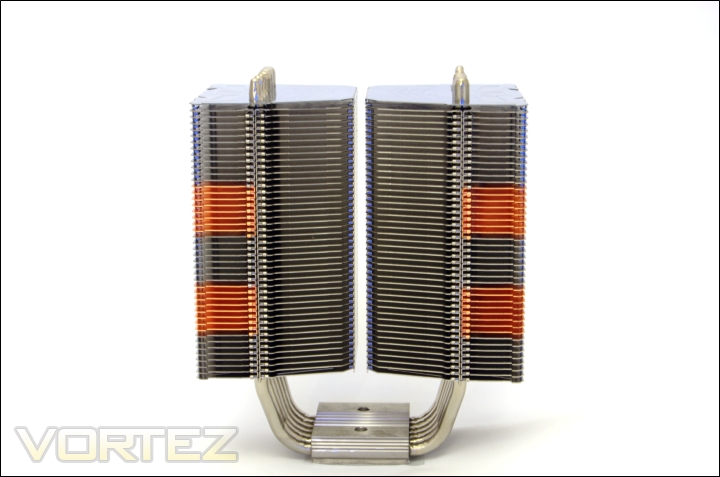 The Super Mega isnt without its flaws and the most notable one is its price. At near £50, it is over £10 more than the equivalent Venomous X. Add the fact that it doesnt bundle any fans and it begins to look like poorer value for money. For only a few pounds more, the Thermalright Silver Arrow and Noctua NH-D14 come bundled with their own fans. Another shortcoming of the cooler is its width. 11mm wider than the Venomous X means that memory compatibility becomes an issue and as we saw, the front fan overhangs the RAM slot closest to the CPU.

Theres no doubt that the Super Mega is up there with the best coolers on the market. However, its up against very stiff competition and at its current price point, it becomes less easy to recommend.