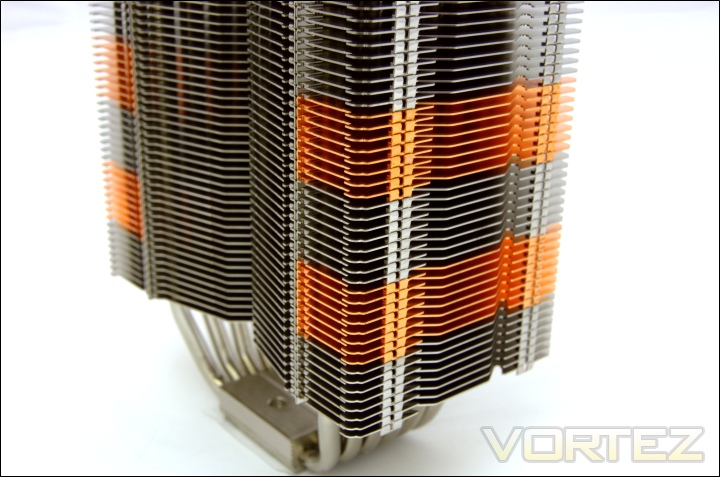 The copper fins
One aspect of the cooler we have not touched on is the distinct copper and aluminium hybrid construction. On each tower are 16 fins made of copper that are grouped in blocks of 8. The copper fins dont span all the way across laterally and instead they are to one side of the heat pipes. Coppers higher thermal conductivity makes it a better solution for transferring heat but its lack of widespread use is attributed to its high density and subsequently mass. Prolimatech uses this design effectively to ensure better heat conductivity without adding too much mass to the already heavy heatsink. 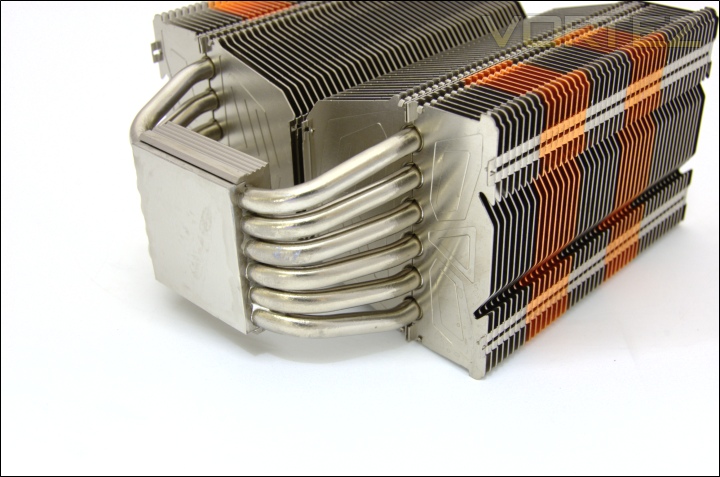 The heat pipes
The Super Mega has kept to the same 6 heat pipes concept as found on the Megahalem, no doubt because it works very well. All 6 heat pipes are 6mm in diameter and are in direct contact with the copper base to ensure that heat is dissipated quickly and effectively. The U-shape is split between both towers. 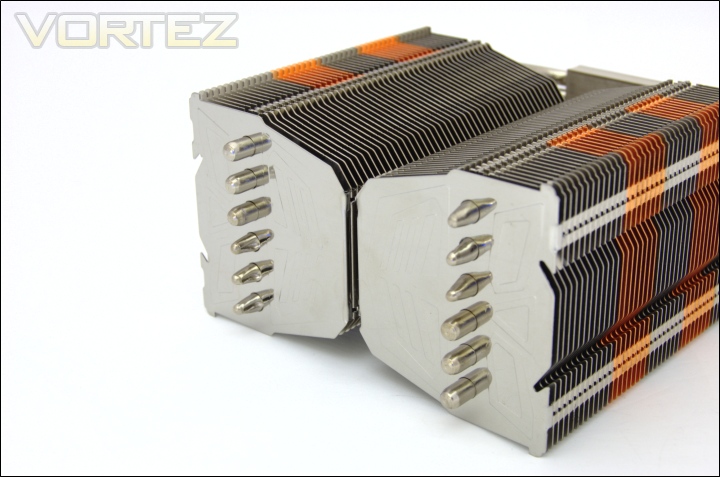 The top of the heat pipes
At the top, we can see the configurations of the heat pipes. On each side, there are three rounded tops and three slightly grooved ends. The Prolimatech Transformers like emblem is engraved onto the top. To give the top the shiny look, Prolimatech have gone for a stainless steel top fin. The other advantage is that it is scratch proof, which was problem I encountered on the Thermalright Silver Arrow when trying to install the fan wire clips. 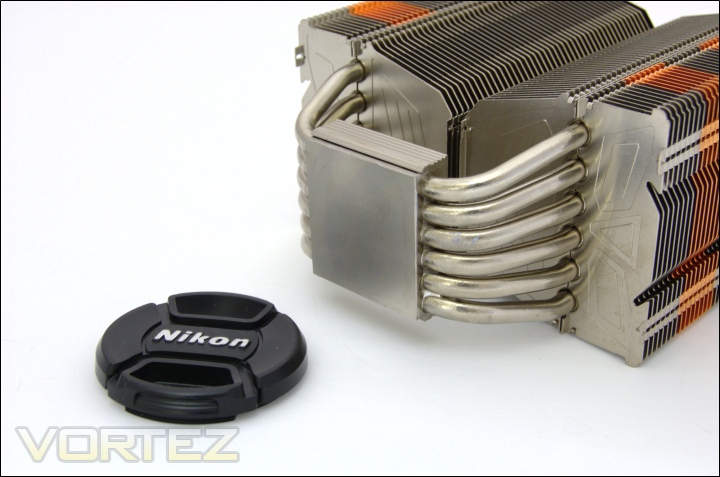 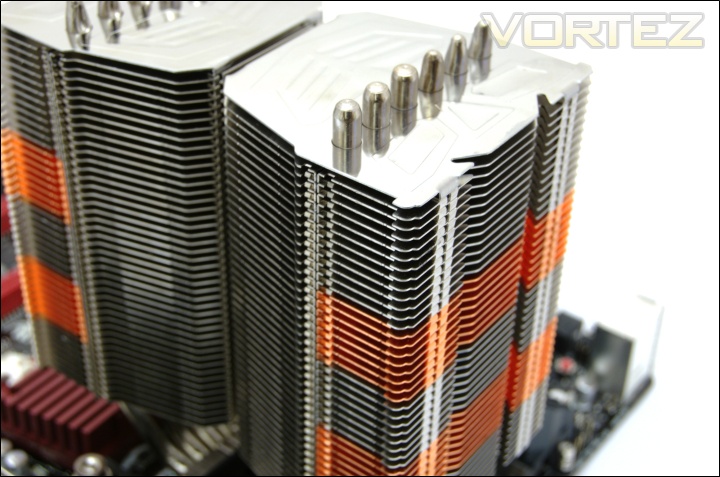 The fan notches
At the ends of the fins there is a slight groove that runs down the heatsink in order to house 120mm fans. However it is still possible to place 140mm fans on top of the grooves. 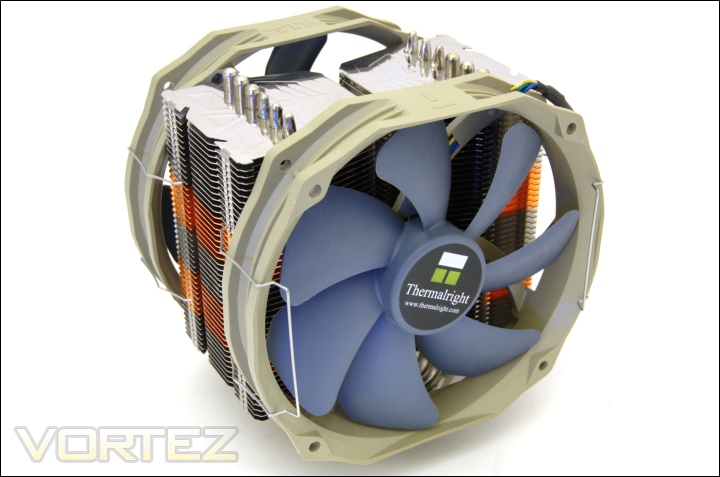 nstalling a fan
As demonstrated, the heatsink and bundled wire clips can accommodate the strangest of fans, which in this case are Thermalrights 140mm TR TY-140s. 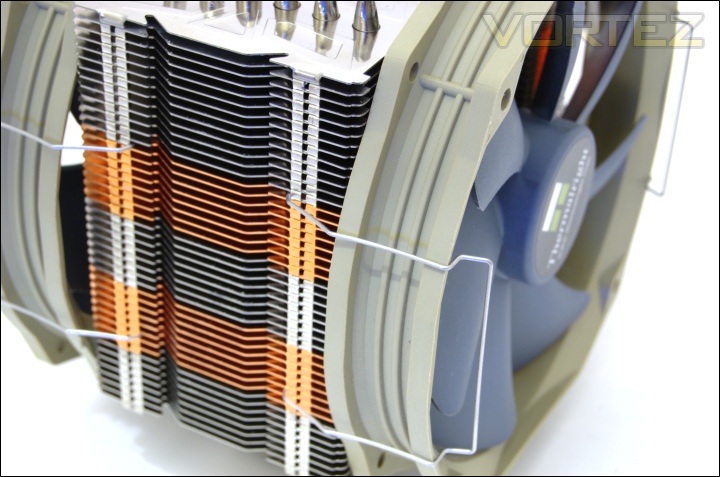 The wire clips
The wire clips are very unique but they are also very effective and versatile. The simply clip to the side of the heatsink and rotate to keep the fans in place. They are only designed for 25mm thick fans but in the case of 140mm fans that cant fit snugly within the groove on the face of the heatsink, the additional depth can still be accommodated thanks to the flexibility of the wires. My only complaint is that they can be very fiddly when trying to install a fan to the heatsink inside a case.