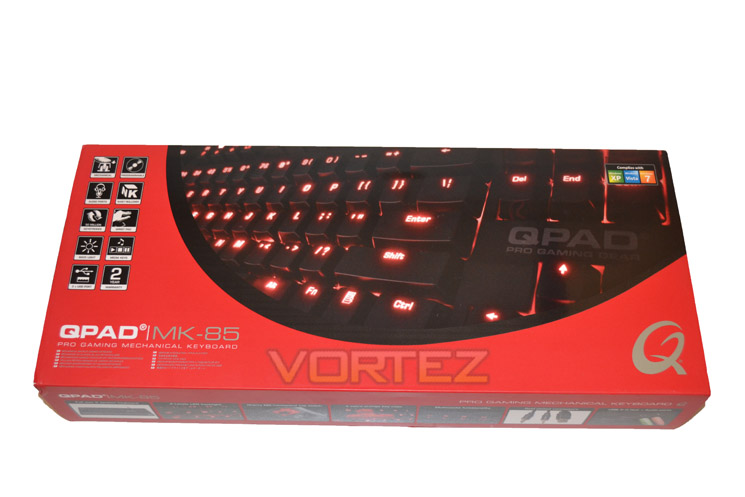 Box Front
The outer packaging comprises of a sturdy box with the main features printed to the left alongside the main close-up photo of the QPAD MK-85 key set. 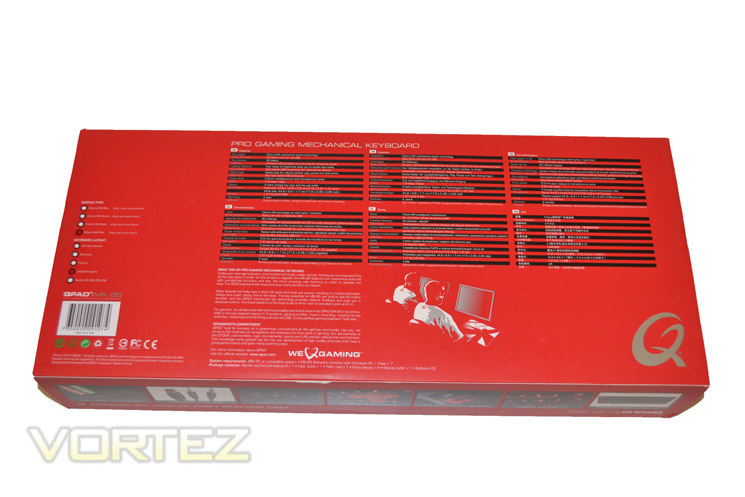 Box Rear
Flipping the box over we find the item is identified as Cherry Red MX with a UK keyboard layout. There is a full feature set in multiple languages along with an introduction to the keyboard and a paragraph explaining QPAD's grassroots commitment. 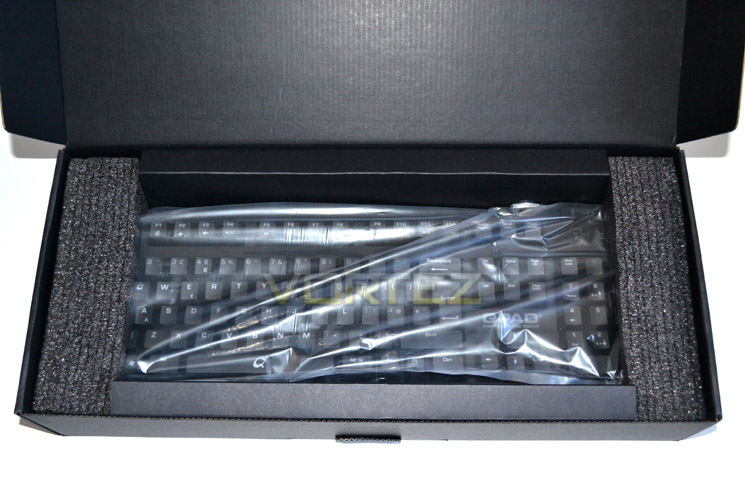 Inner Packaging
Removing the outer sleeve, we are presented with a plain black cardboard box with a flip up lid. Inside is a well packed keyboard held firmly in place by Styrofoam and protected from dust by a plastic bag. Beneath the keyboard are the product accessories and manuals 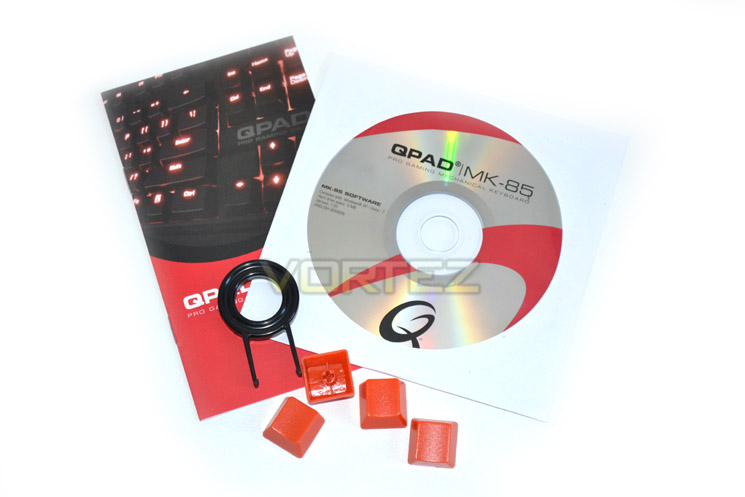 Accessories
Like the QPAD MK-80, the MK-85 also has a spare orange/red keyset and with a key pull to replace any keys you desire and I suspect WSAD or the arrow keys will be the most likely substituted however as the spare keys are blanked out, the choice is yours. Unlike the MK-80, a driver/software CD is included which includes the QPAD software suite for configuring the macro settings. A small instruction manual is also included and wrapped inside polythene is a full length wrist-rest which rounds off a very good accessory list. 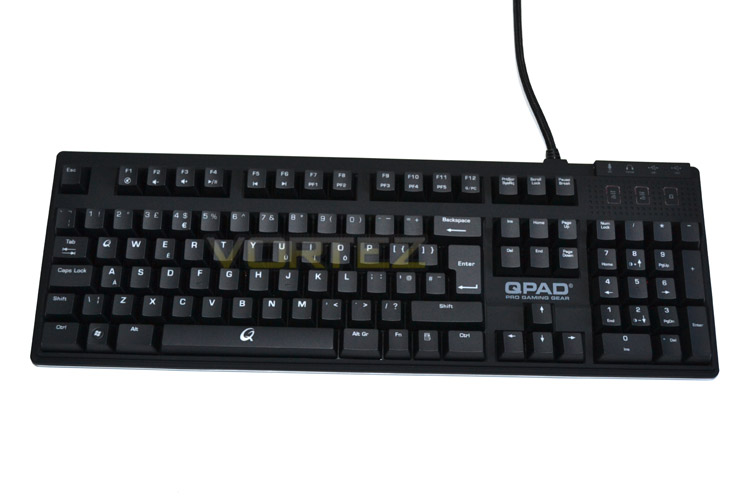 First Look
At first glance you would be hard pushed to identify the difference between this keyboard and it's older brother, the MK-85. Both keyboards are the same size and have almost identical features. There are however some markings on the QPAD MK-85 that do not appear on the MK-80 which hints at the performance hidden beneath.

Let's take a closer look at the keyboard...