QPAD are widely regarded to be at the forefront for gaming peripherals. Their mouse mats are some of the best around and are used by professionals and gaming enthusiasts alike, such is their quality. Today, we have for review the QPAD MK-80 mechanical gaming keyboard which hopes to build on that great reputation.

The popularity of mechanical keyboards has risen sharply of late thanks to the precise, robust feel they afford. However, because of the design of mechanical switches and thus the keyboard itself, luxuries such as backlighting are often omitted. This can have a detrimental effect to the gamer that prefers to apply his trade in dim light or darkness. While any gamer worth their salt would know where the WSAD or arrow keys are, other keys can sometimes be hard to find. Logitech and the ilk, who themselves produce gaming peripherals, saw fit to add backlighting to their own design to counter this and thus the manufacturers involved in the keyboard market followed suit to stay with the competition.

Alas, those with mechanical keyboards have suffered...until today. 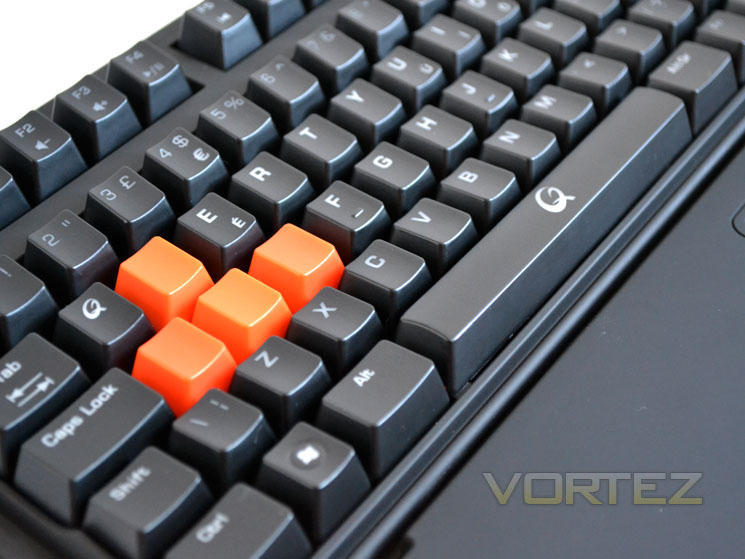 The MK-80 full mechanical keyboard not only has the same features we have come to know and love with the current run of mechanical keyboards but something I have been begging manufacturers for, backlighting. This of course isn't the only feature of the QPAD MK-80 as there are a few other items that set this keyboard apart from the ever increasing crowd. Rather than stick with the tried and tested Cherry MX Black switches, the QPAD MK-80 has opted for the much more tactile Cherry Blue switches which is certainly an interesting proposition given that they are very different (as different as keyboard switches can be) from the Cherry MX Black switches. How this transfers to the performance of the keyboard we shall investigate later in the review.

QPAD built its success on a grassroots commitment to the gaming community. Like you, we thrive in the madness of competition and embrace the free spirit of gaming. Our sponsorship of the Q Tour, communities, cups, tournaments, teams and LAN parties reflects this commitment. The knowledge weve gained has fed into our development of high quality products that have a great performance and given many a winning edge.

Let's take a look at a full breakdown of the QPAD MK-80's features...