ROCCAT have established a well-respected name in the world of gaming. Previous products like ROCCAT Kave, ROCCAT Alumic and ROCCAT Kone[+] are all highly acclaimed. Though we have seen plenty of headsets and mice from ROCCAT its been some time since we have seen a gaming keyboard.

Back in March at CeBIT 2011, ROCCAT showcased their upcoming products including their new Illuminated Gaming Keyboard named Isku. As revealed during this short preview, the Isku appeared to have every imaginable feature gamers could need. It falls to us today to finally to get the Isku under the spotlight and see if it really can be seen as a stronger contender within the gaming keyboard sector. 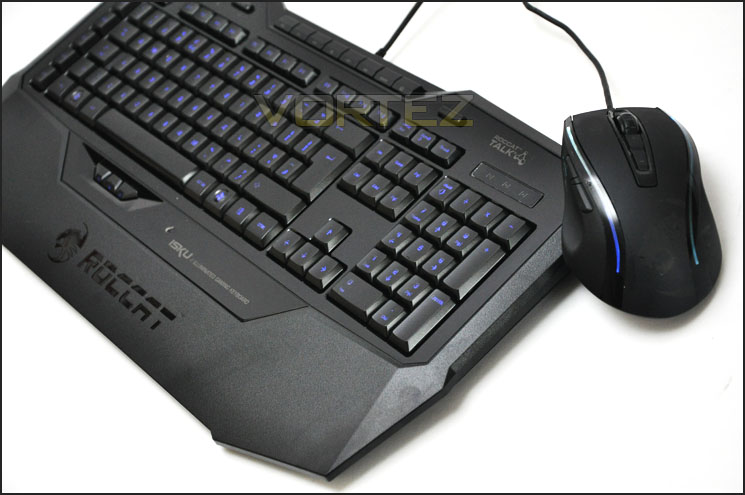 ROCCAT's Take on ISKU
The wait is over. Meet the new badass of gaming keyboards. Fully loaded with revolutionary tech found nowhere else  like Easy-Shift[+], Easy-Aim, and the world premiere of ROCCAT Talk© -- the ROCCAT Isku Illuminated Gaming Keyboard lets you turn every game into a competition-crushing blissfest. Yeah, its that good.

Combining the worlds smartest gaming engineering with jaw-dropping design, the ROCCAT Isku Illuminated Gaming Keyboard hands you the power to own any game the easy way -- and be legend. Unleash the gaming legend in you right away. Or keep reading to see what you and the Isku can do