ROCCAT had a tremendous 2010, introducing some of the finest gaming products to the market with a keen eye for innovation and proficiency. Kick-starting 2011 we have ROCCAT's first product to launch, namely the Kova[+]. Just like the Kone[+], the Kova[+] is a successor to its originator the Kova which was a mouse centered around oldschool gamers - those that wanted impressive feedback but a basic shell. No customisation, no driver software. But things are about to change.

The ROCCAT Kova[+] has a number of new features to further enhance an already successful, award-winning peripheral. To name just a few items, we have: increased maximum speed from 40IPS to 130IPS, increased maximum acceleration from 30G to 40G, Soft Touch exterior for better grip and a full fledged driver suite to fully customise all buttons including the revolutionary EasyShift[+] which we first saw introduced on the Kone[+] last year.

Some exciting features are to be had with the Kova[+] and just looking at the technical papers reveals an interesting new gaming mouse. So lets begin our review. 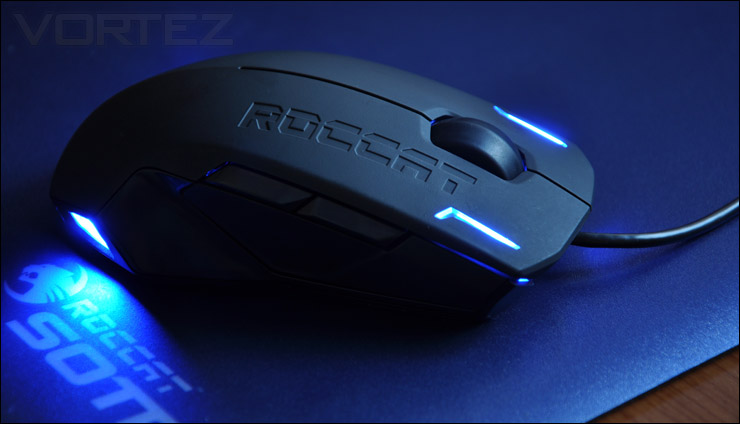 ROCCAT's Take:
Armed with the latest and proven ROCCAT technological innovations, the successor to the ROCCAT Kova is equipped to the teeth. The new ROCCAT Kova[+] now unites powerful technology with intelligent software and an advanced V-shaped design for left or right-handed use.