👤by Thomas Koflach  Comments 📅25-05-10
Up Close
The mouse itself is of typical ROCCAT angular design, with blunt edges and pointed corners. On top there is the usual left and right buttons, with the scroll wheel nestled in between. As the mouse caters for both right and left handed users, the usual side button is found on both sides of the mouse.

However, rather than having mouse button 4 duties, it's actually an Easyshift hotkey, giving you an extra set of functions for all of the mouse's buttons (including the scroll wheel). Within the supplied software you can select which side of the mouse utilises the Easyshift hotkey (This will depend on whether you are left or right handed). The button on the opposite side of the mouse then becomes vacant, and can have normal commands applied to it. 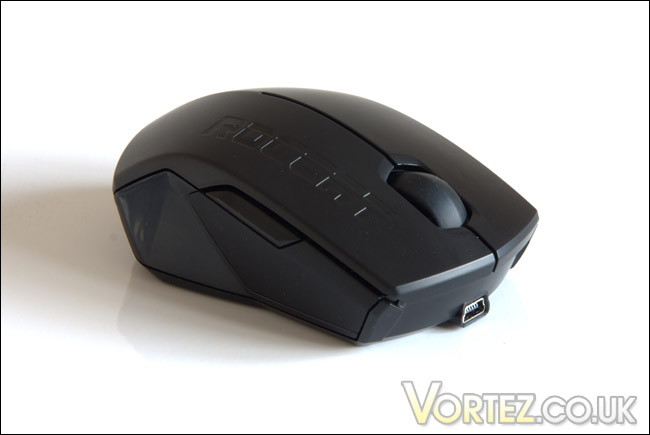 Looking from the front you can clearly see the symmetrical nature of the mouse. The Mini USB port on the front allows you to charge and use the mouse once the batteries go flat - handy! 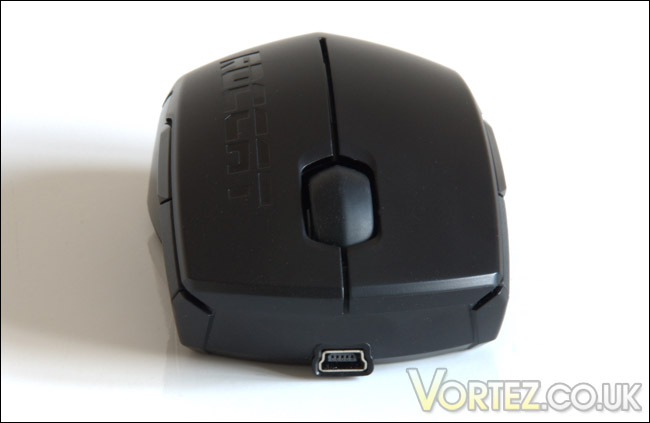 Line of symmetry down the middle. 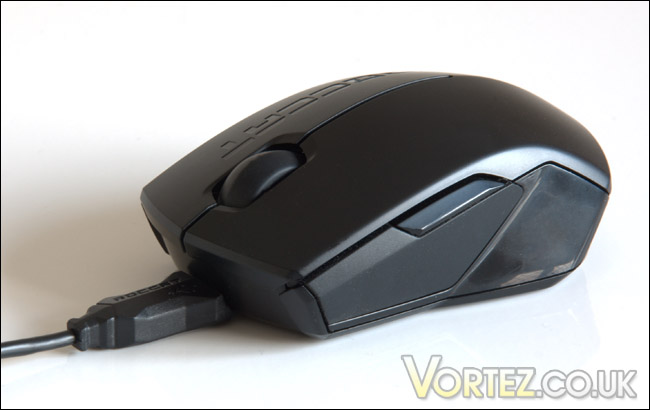 ROCCAT have also added a pulsating blue LED strip along the spine of the mouse, which matches the blue under-glow of the mouse's optics rather nicely. 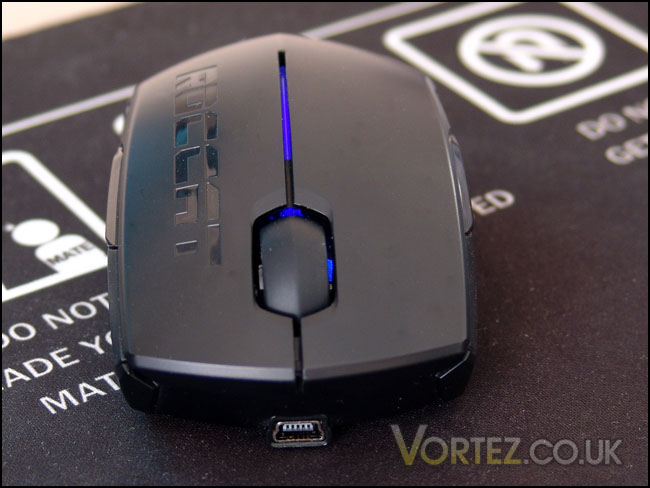 The pulsating blue glow is a nice touch.

The mouse itself looks great, but doesn't have any hardware buttons to make adjustments to DPI or change the Easyshift hotkeys - that's where the Software comes in. We take a look at ROCCAT's effort on the next page...