With prices slowly dropping on SSDs, never has there been a better time to invest in a rapid storage device for your windows boot drive. Being lower in capacity compared to the traditional hard drive has meant that many abstain from investing in 30-60GB for their boot drive which is understandable. But since 100GB+ is now available at a much more affordable price, there is a keen attraction to making the move over to replacing the mechanical HDD with the superior SSD.

Moving to an SSD presents you with some key advantages over the traditional HDD. First of all they are typically 3x faster than a standard drive  thus enabling better performance for multi-tasking, booting up and rendering exercises. Due to an SSD using a PCB with NAND Flash memory there is virtually no noise to be heard from the drive, they are also more robust  less failure rate and longer-life span. In summary, they are far superior and a good choice to move to if you have the cash.

Today we will be taking a look at our first Samsung SSD from the 470 Series. A drive that uses the SATA 2 interface, promising to deliver 250MB/s read and 220MB/s write transfer speeds. SATA 2 SSDs may well have been superseded by SATA 3, offering 500MB/s+ but the price of SATA 2 has dropped quite considerably so many a consumer will still be extremely interested in such an investment  especially if they are upgrading from a traditional HDD. 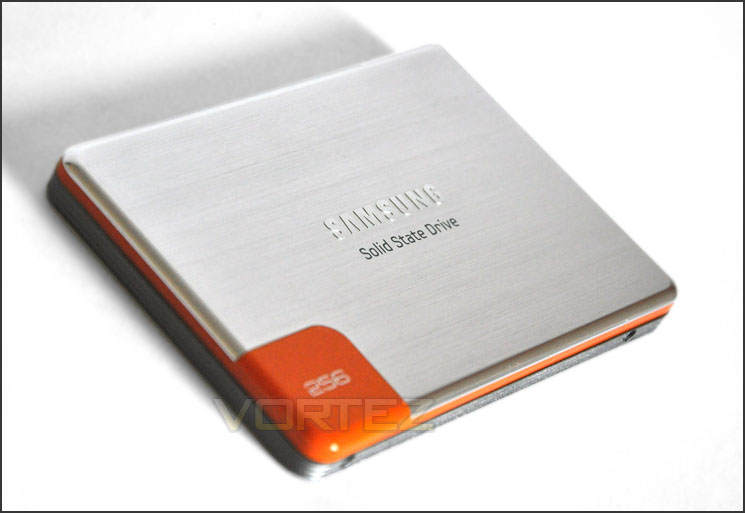 Samsungs Take on 470 Series
Samsungs Solid State Drives are the perfect way to enhance an existing PC. By plugging it in you can upgrade the whole performance, allowing for easier and faster multitasking, booting-up and rendering. Youll wonder what you ever did without one. Within its stylish new lightweight design, which now features a robust and durable brushed metallic casing, is a quieter and noticeably faster performance. Everything from storing important work files to operating multiple programmes at the same time is effortlessly handled. This SSD is so good that it not only helps you work but also adds a new level of professionalism to your day.

About Samsung
From stylish phones to semiconductors, from DRAM to digital TVs, Samsung encompasses a variety of businesses that harness speed, creativity and efficiency to invent, develop and market the products that are defining how we live today. With more than a quarter of Samsung employees engaged in research and development, each of our businesses is focused on discovering new technologies, products and services that will open a new world of possibilities for the people who use them.