Back in 2015, Samsung released the 950 PRO, their first V-NAND NVMe SSD. The following year saw the 960 PRO, furthering on performance to the point of becoming the market leader. Samsung saw it upon themselves to retain that crown. Welcome to the Samsung 970 PRO NVMe SSD.

The 970 PRO makes use of 2-bit MLC V-NAND, along with the new and refined Phoenix controller, claiming speeds up to 3500MB/s read and 2700MB/s write. 500,000 IOPS in random read and write is also quoted. These numbers, on paper at least, make the 970 PRO around 30% faster in sequential performance and over 50% faster in random access than the previous generation.

The new Phoenix controller features five individual cores, just like the 960 PRO. One of those is dedicated to improving communication between the system and the 970 PRO, whereas the other four are improved by increasing the core clock to maximise speeds. 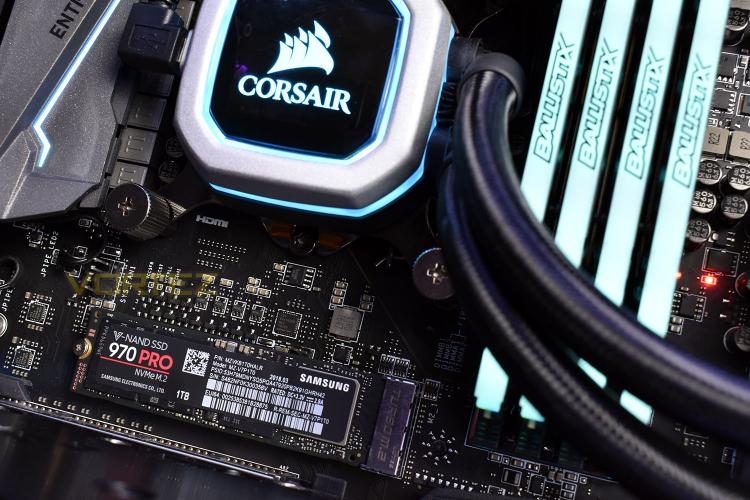 512GB and 1TB are your only options for capacity. The lack of a 256GB model is likely due to performance issues at the small capacity, and 2TB has been omitted because of Samsungs dedication to MLC V-NAND, instead of the more dense TLC flash used by other manufacturers. The 970 PRO measures 22mm wide and 80mm in length, so will fit into any motherboard supporting the 2280 M.2 form factor.

If speed is what youre after, above all else, the 970 PRO certainly talks the talk, but does it walk the walk? Lets put it through some tests.

Samsung on the 970 PRO:
Delivering unprecedented performance, the 970 PRO maximizes the potential of NVMe bandwidth. With greater performance than the previous generation, the new 970 PRO offers unparalleled sequential read/write speeds of up to 3,500/2,700 MB/s respectively and random performances of up to 500,000 IOPS for both of read/write operations. The 970 PRO is the best solution for processing massive amounts of data, 4K graphic works, 4K/DirectX 12 games and data analytics.