👤by Matthew Hodgson  Comments 📅28-08-18
Closer Look
Weighing in at 150g without the cable, you would certainly notice it in your pocket; to give that some scale two flagship phones available at the moment, the Samsung Galaxy S9 and the iPhone X weigh roughly the same, tipping the scales at 163g and 174g respectively. Having said that, the weight gives the device a premium feel.

The paint finish on the top is gorgeous, with a proper metallic look and feel, much like you'd expect on an Audi or a BMW, without sounding too over the top. The overall sense from the device is "premium".

Weve been told that the shape is inspired by a supercar, which we can appreciate when looking at the design; it almost looks as though it was tested in a wind tunnel. 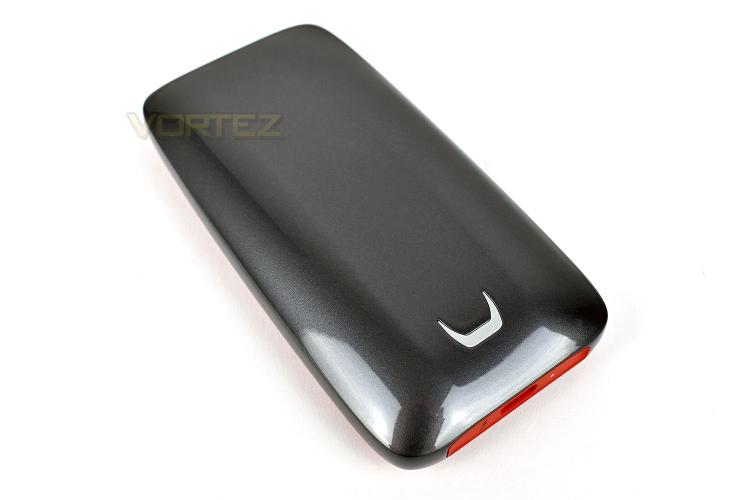 The base is made from a bright orange, non-slip plastic which should prevent the drive from moving around too much on your desk. Handy if you're using the device on a train or a coach, or even the back of a taxi. 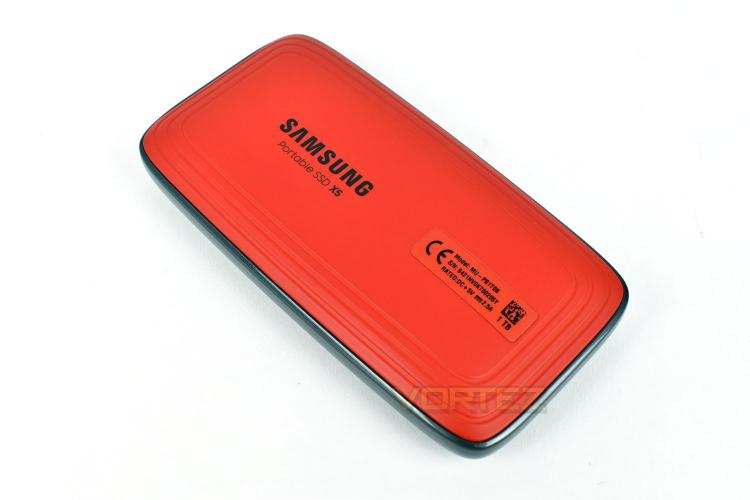 On the Thunderbolt end is the USB Type-C port and an activity LED, surrounded by the flat orange shield. 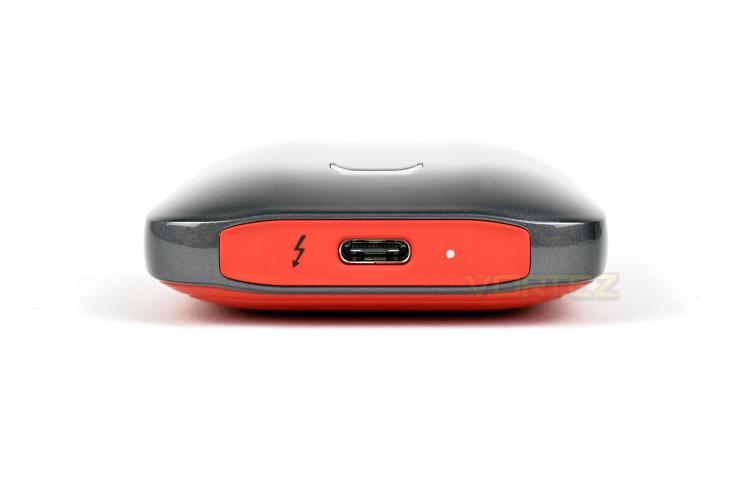 Without tearing apart our drive and risking damage to the internals, we've used the provided image from Samsung to show the inner construction.

The X5 is made up of 5 significant parts, the magnesium shell provides stiff, durable protection from bangs and knocks and Samsung claims it's capable of withstanding a 2 metre fall. The 2nd layer is a shock absorption piece, made from soft plastic, designed to work in tandem with the outer casing to absorb energy and protect the device. Below that is a large heatsink; NVMe drives have been known to get hot, due to their small size and incredibly fast speeds, so Samsung have provisioned ample heatsink material to deal with that. Below the heatsink is the Thunderbolt controller paired with the M.2 NVMe drive. Finally, the non-slip plastic base finishes off the construction with its bright colour. 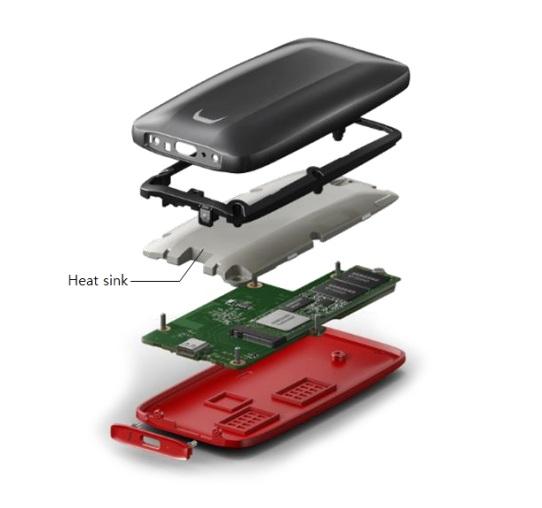