Sennheiser have been a trend-setter within the audio market since they were founded way back in 1945, becoming well-known throughout the industry for their excellent performance and high quality.

We had the pleasure of evaluating Sennheisers first go at a wireless headset a few months back, the GSP 670, this headset received an Ultimate award from Dave but its £300/$350/$500 in the UK/US/Aus respectively, so its certainly not considered as affordable by most. With that, we lead straight into todays review, of Sennheisers second effort at a wireless gaming headset, the GSP 370. 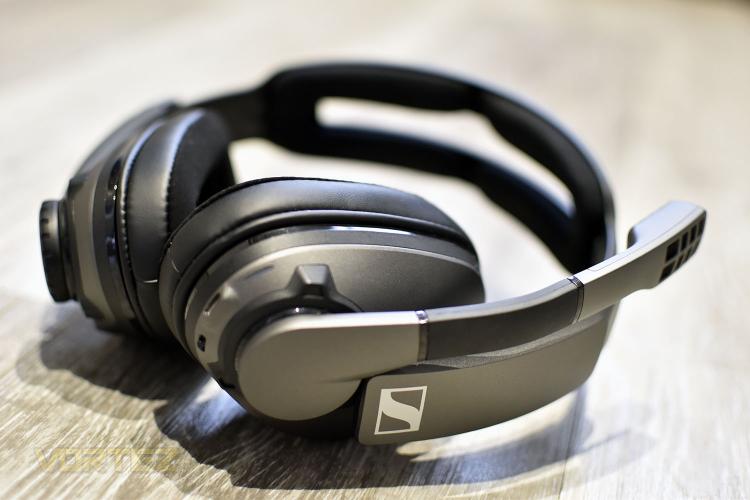 Arguably the largest stand-out feature, when compared to the GSP 670, is the price, at a little over half of its larger brother. However, for your £169, $199, $349, you still get Sennheisers trademark sound quality, 2.4GHz wireless communication and broadcast-quality, noise cancelling microphone.

Alongside that is a claimed 100-hour battery life, five times that of the GSP 670; an amount that almost seems unrealistic. You could go two or three weeks of reasonable usage between charging, something thats pretty much unheard of in the wireless headset market.

The GSP 370 is compatible with PC, Mac and the Sony PS4 via the USB dongle, though the Sennheiser Gaming Software is currently only available for the PC.

With its considerably lower price point, have Sennheiser had to cut one too many corners to bring this to market or does it still a compelling purchase? Lets find out.

Sennheiser on the GSP 370:
With up to 100 hours of battery life, the wireless GSP 370 is the perfect gaming headset for everyone who loves the Sennheiser gaming sound but wants wireless freedom.