Silverstone or SilverStoneTek as they are sometimes referred to have been around for almost a decade and came to prominence shortly after launching the TJ07 back in 2005. Since then they have had an onslaught of computer chassis that have rocked the enthusiast world and it is today that we reviewed our first SilverStone chassis taking from the Fortress Series  the FT03.

The FT03 redefines the way we look at case design. It has a unique layout that sets it apart from other brands with their traditional computer chassis and hopes to channel in to the imagination of the enthusiast by offering something diverse and exciting. 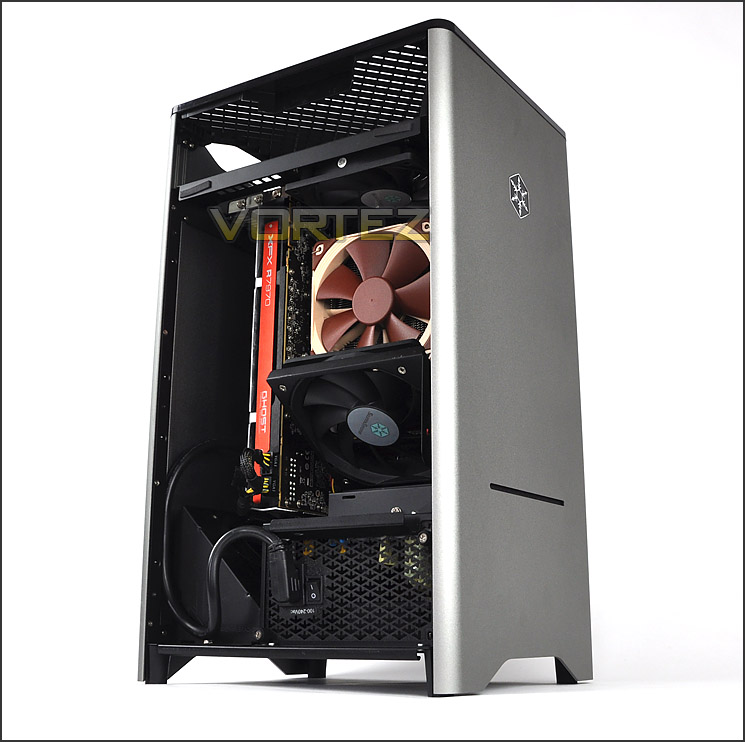 SilverStones own thoughts on FT03
As SilverStone engineers started working on the third model for the Fortress series, they had contemplated on the future of computer chassis and ways to improve it for home/office integration. So the Fortress FT03s design goal was to simply give back as much user space as possible by reducing chassis depth to unprecedented level. The engineers also wanted to accomplish the change in design without compromises to the chassiss ability in accommodating upper mainstream components. Traditional computer chassis designs take up desktop room by not only their physical footprint, but they also require additional space for cable connections. With the FT03, there are no such restrictions because its beautiful, 2.5mm thick, sand-blasted and anodized aluminum outer shells have no cable connectors to be found on all four sides, which frees up tremendous amount of desktop real estate for its users.