👤by David Mitchelson  Comments 📅17-10-12
Closer Look
HE01 heatsink follows a dual-radiator design with one of the stacks being significantly larger/thicker than the other. Its fins are aluminium, rather than following a jagged/sharp design the fins have a smooth contour. In keeping with other high-end air coolers HE01 is 160mm in height, allowing it to fit inside a vast majority of computer chassis. 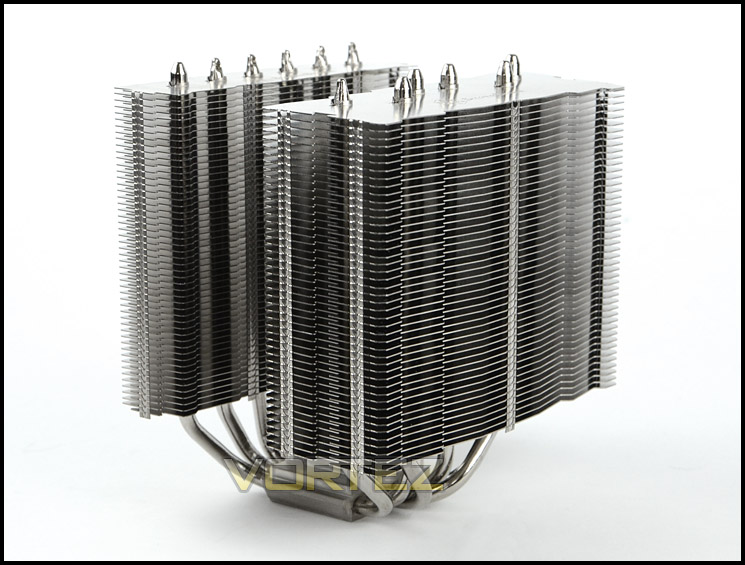 An overview of HE01

The contour of fin design

HE01 has 6x6mm copper heatpipes which distribute heat from the baseplate up and through the fin stack for dissipation.

HE01s base is copper but with Nickel-coating and is partly reflective. SilverStone have given the underside a brushed metal texture, possibly to help prevent air pockets from occurring when thermal paste is applied. 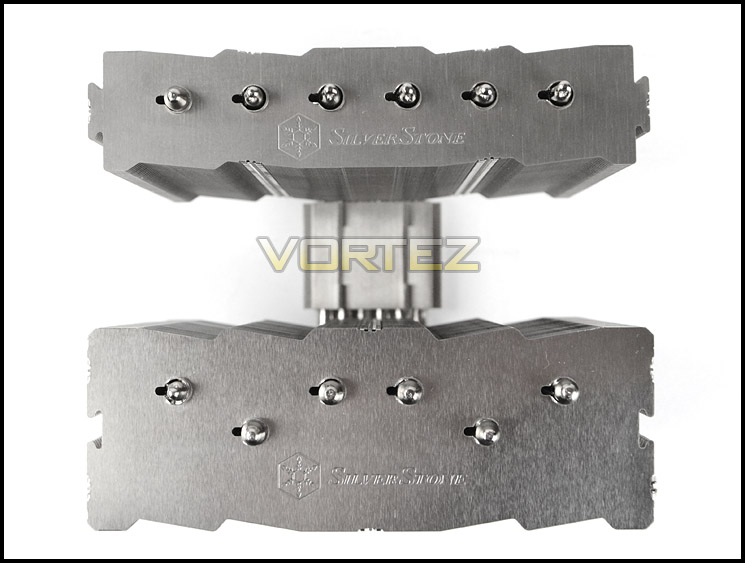 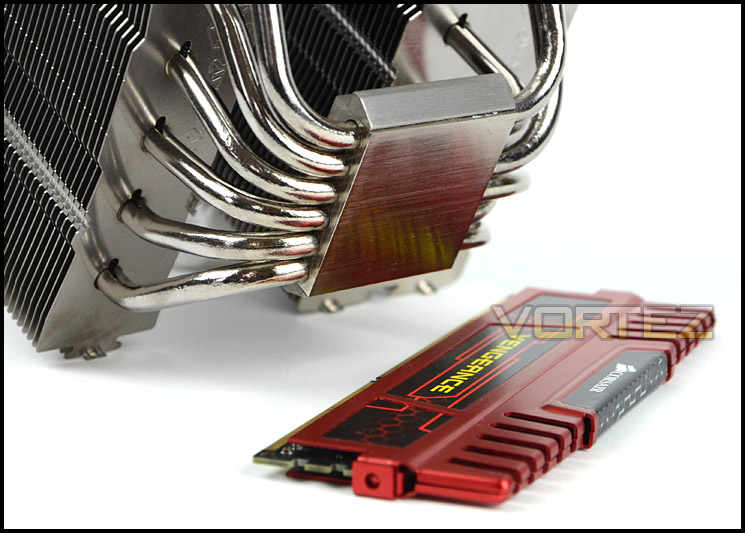 The base is nickel-coated

A particular aspect which we like about HE01 is the ease of fan installation. Bundled with the cooler are a series of fan clips which fit into the mounting holes on the fan and fix behind an indentation on the fin stack. Fan installation takes around 10 seconds  something which cannot be said for some CPU coolers. 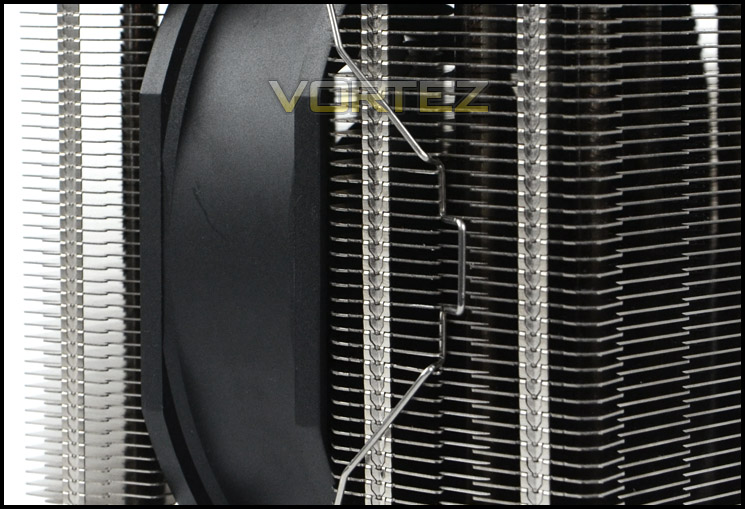 Fan installation is quick and easy