SilverStone need little introduction when we are on the topic of computer chassis. They have been in existence for almost a decade and remain one of the forerunners in this category. Regardless of which series you take a look at, their portfolio of cases have won multiple awards and been a top pick for the avid enthusiast. The RAVEN Series has an assortment of products under its belt but when specifically looking at computer cases they have rather a big following. RAVEN RV02 first came to prominence in 2009 and presented the enthusiast with the platform for installing computer kit inside a chassis that is not only under a 90 degree rotation but also switched over onto the other side of the case. This case was a particular favourite and as a result SilverStone introduced a variety of different colours to satisfy the fans.

So here we are with the 3rd rendition inside the RAVEN Series  RV03. This case was introduced to the market last year and as the model name suggests is the next instalment. Rather than flip the motherboard tray over SilverStone has kept it traditional but has still given a 90 degree orientation. RV03 features a fresh design, some new features and of course a totally unique approach to how we look at building a computer system, so I am looking forward to giving my full verdict on this case today. 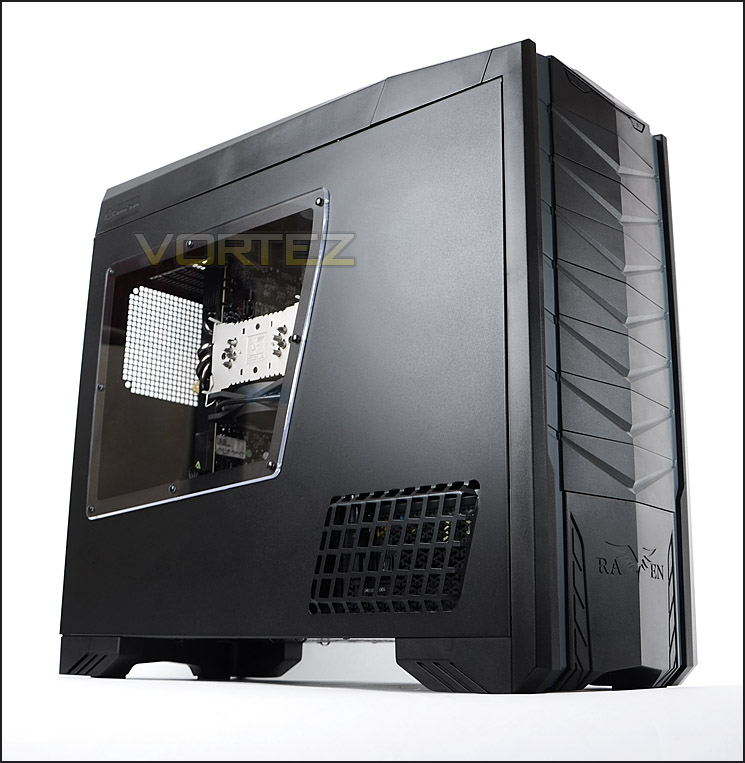 SilverStone's take on RV03
The RAVEN teams continued push to redefine and perfect the enthusiast tower chassis has resulted in yet another benchmark in the RAVEN RV03. With world-class cooling performance from the previous RAVEN chassis models retained by the included 180mm Air Penetrator fans, a rethinking of the interior layout enabled dramatic reduction in overall depth of the chassis compared to RAVEN RV02 while still matching RAVEN RV01s ability to accommodate Extended ATX motherboard and graphics cards longer than 13 inches. Cable management was also improved with a new 5cm thick hard drive compartment to allow nearly all cables to be connected behind the motherboard tray with ease. An unconventional power supply compartment located in the lower front part of the chassis further add to facilitate cable routing so anyone can assemble a pristine looking system with maximum airflow efficiency.