👤by Tony Le Bourne  Comments 📅04-12-16
Software & Lighting
The software isn't required for operation of the mouse, though is recommended for full access to its features. Once installed you will then be able to access various settings which can then be saved to the mouse. As Speedlink do not yet have a unified software driver for their products, each GUI will vary, and the OMNIVI varies greatly from the Decus Respec. The first tab gives access to button assignment, to which you can allocate various actions or macros.

There are few real performance options available to adjust also, with the only options are the 6 DPI steps, adjustable in increments of 100DPI (sniper mode defaults to step1), along with being able to adjust the refresh rate.

The 'advanced' macro recorder, is fairly simple, being able to record key presses with various delay options. However this macro recorder is nowhere near as 'advanced' as what we found on the Decus Respec software, nor does it allow advanced customisation, only records the two main mouse buttons. This is rather disappointing actually, especially when the OMNIVI is the technological and monetary superior. 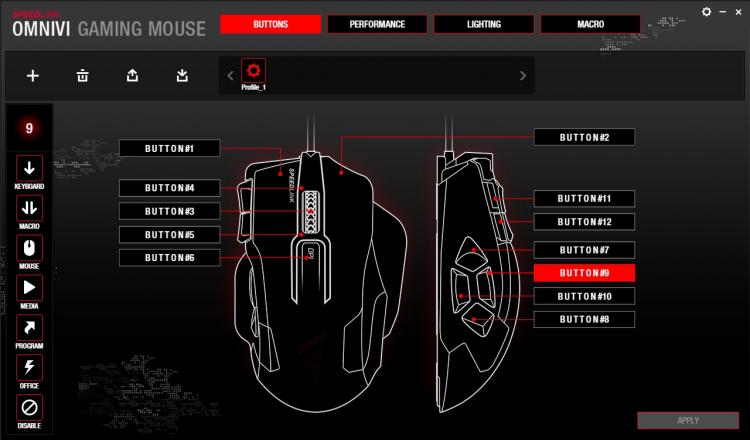 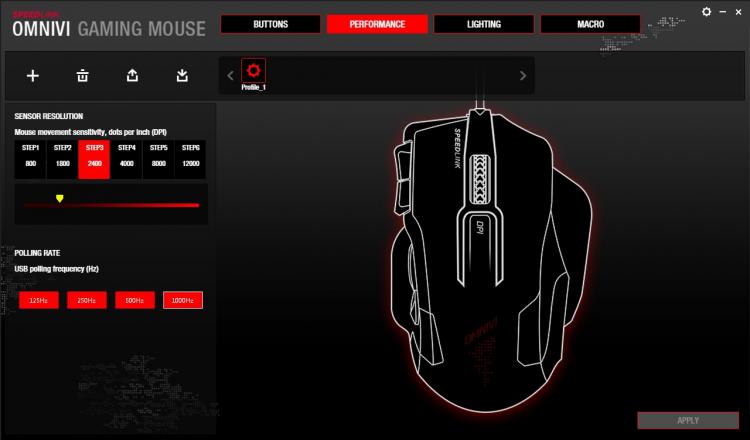 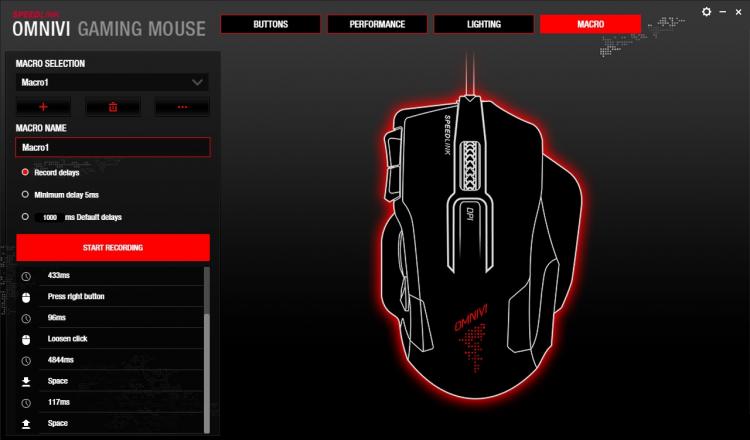 The lighting modes are fairly curious as the OMNIVI features a great number of LED points surrounding the entire base of the mouse. Then you have the mouse wheel, and the logo acting as additional zones. Though the lighting effects are fairly bland. This is due to the lack of true RGB lighting, instead it has a 7 colour system. The lighting modes available are: SOLID (1 colour/cycle), Breathing (1 colour/cycle), Running (multicolour, this is a bit like a Christmas tree lighting effect), Flashing (multicolour, this one is a bit like Solid/cycle mode, but with a smoother transition) and finally, Flowing (multicolour, which is a more uniform wave effect).

Unlike the Decus Respec, the OMNIVI mouse wheel can change colour depending which DPI Step it is set to, however, as there are only 6 steps, it omits the colour red from the available colours for the mouse wheel. Annoyingly, the logo LED is constantly set to breathing/cycle and you have no control over it. I think it is fair to say that despite their ambitious attempt to create a lighting effect that isn't too far off of the Razer Mamba Chroma, the lack of true customisation sits the OMNIVI behind the curve of the RGB lighting era. 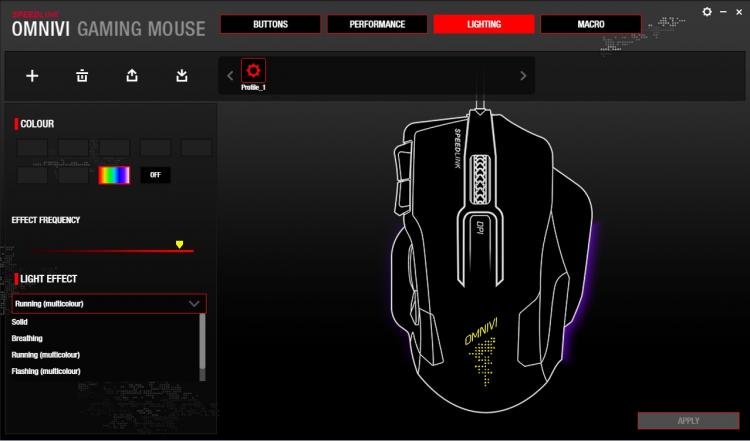