👤by Tony Le Bourne  Comments 📅08-11-16
Performance Testing
Setup, Design & Observations
Once plugged into a spare USB port you may need to download the drivers from the product page to run correctly.

The included cable is decent length and quality as to not cause many problems, though unfortunately it isn't wireless. In the hand it feels light and slightly slimmer than the Xbox One controller but remains comfortable. The rear paddles fit perfectly to where your middle and ring finger tips end up. There is a seem running around the edge of the pad, but it doesn't distract or cause any discomfort. The sticks move fairly smoothly but feel like it has a rather strong return to neutral force. The analogue triggers feel nice, as do the primary buttons which have a nice about of press/squishiness to them. The additional bumper buttons have a rather firm click to them and could be a little softer, overall it feels rather natural and well rounded. I did find that the Start and Back buttons have a relatively long actuation point, I didn't find it to cause any problems, but it is something that that could be improved.

The control dials are separated into left and right in the instructions and can each be flicked left and right to adjust the sensitivity of each corresponding analogue stick. To turn off the LEDs you press in the RIGHT dial and use the Dpad to turn LEDs on/off then press again to apply. To access the different profiles you push in the LEFT dial and then you can navigate between the two profiles and 2x Macro modes. To remap or record the K1-6 buttons (additional paddles/bumpers) highlight profile you wish to save it to, press in the RIGHT dial and the OLED screen will say PROGRAM, you can then press and hold the button you want to program, then press the button you wish to assign to it. For recording macros, you press the sequence of buttons but I found it rather difficult to be creative with the macro function but I did mash the trigger 12 times for an automatic rapid fire of the snub pistol in Gears of War 4, I found that the button limit is 10 actions, still enough to be OP. To reset all profiles you can hold the Back and Start button together for 3s and then press A. 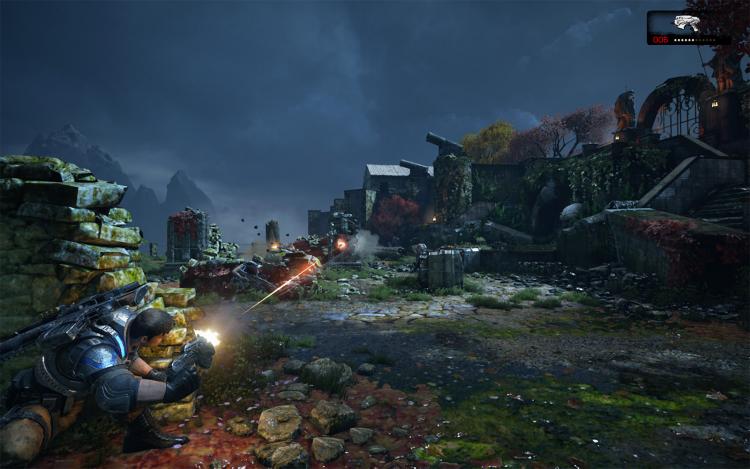 Performance
In game the Quinox felt exactly as you would image the Xbox one controller to be performing, the Dpad is slightly softer to press than the Wildcat Dpad and not so stiff as the Official Xbox One gamepad, I wouldn't however recommend this Dpad for fighting games, as the buttons don't feel like they can take an extreme mashing. Though throughout playing Gears of War 4, Ori and the Blind Forest: Definitive Edition and Skyrim: Remastered, the Quinox felt like a legit, good quality game pad with some excellent advantages.