These days your typical gaming mouse would have up to 8 buttons, have a weight system and enable you to customize the colours in just a few clicks. Such a sophisticated device can only mean one thing, gaming mice have certainly progressed in the last couple of years. Recent trends have been to design gaming mice to be funky, modern and feature bursting, and as such you would expect to pay the price.

Today we have an attempt from SteelSeries to break out of this trend and offer a gaming mouse with a 'minimalist' approach. Behold, the Kinzu. The Kinzu could quite easily be mistaken for a standard optical mouse, sure enough it has just 3 buttons and a scrolling wheel. There isn't anything special from its visual appearance either, but then this is the concept behind this mouse. It's quite clear, the Kinzu is for the oldschool gamer that doesn't need numerous buttons to play the games they love.

SteelSeries have commented on the Kinzu on their website and they say:

"SteelSeries Kinzu was developed in close cooperation with professional gamers to set new standards for performance in optical mice. The Gaming Grade image correlation sensor has been optimized to improve stability and eliminate jitter. The CPI settings are based upon those used and recommended by professional gamers. This compact ambidextrous mouse operates with 9375 Frames Per Second at movement speeds of 50 Inches Per Second and supports customizable polling rate (between 125-1000Hz) with as little as 1 millisecond delay between the mouse and the computer. SteelSeries Kinzu is compact, lightweight, optical and is in a league of its own when it comes to reliability and stability." 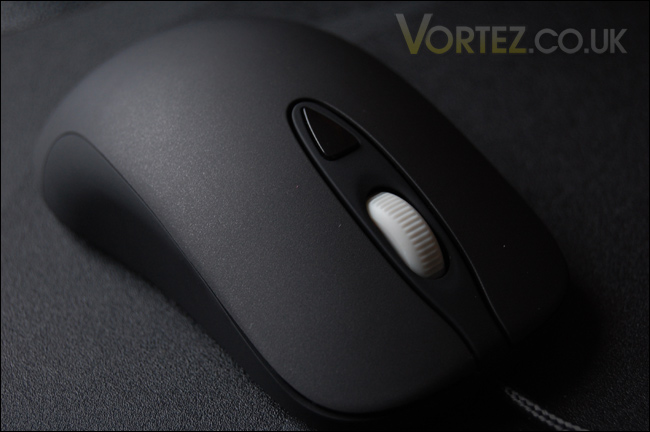 Visually, quite simple but underneath, the Kinzu speaks of quality and this is the kind of design notion that some gamers will be impressed by. Below are the specifications for the Kinzu.