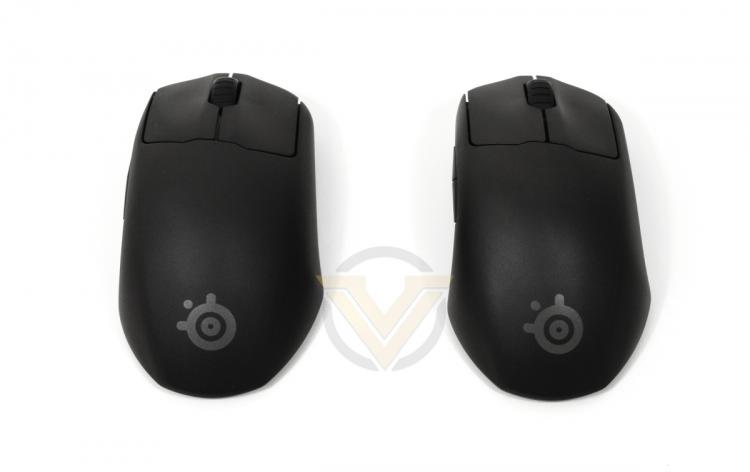 Side by side, youd be hard pressed to tell the PRIME and the PRIME+ apart from this angle. They are effectively identical from the top and side, only differing when viewed from underneath; SteelSeries aren't hedging their bets on the suitability mouses' contours for the majority of users.

An ABS-polycarbonate shell is coated with a matte black surface thats grippier than standard ABS plastic finishes. It will pick-up grime over time however, and the design of the mouse may make it relatively difficult to clean.

The PRIME chassis is asymmetric and contoured to a right hand. Its footprint is neither large nor small, but slightly more compact than the CORSAIR SABRE PRO we reviewed in April due to an aggressively tapered top and tail.

Both the PRIME and PRIME+ are closer to 75g than 70g when cable is included, but they've also appropriated the ultralight label increasingly common to FPS gaming mice. Theyre not heavyweights like the old Logitech MX518, but nor are they as svelte as their <60g competitors purpose-built for FPS gaming; well let the market decide whether they feel the range should be included under the ultralight ecosystem as a whole. 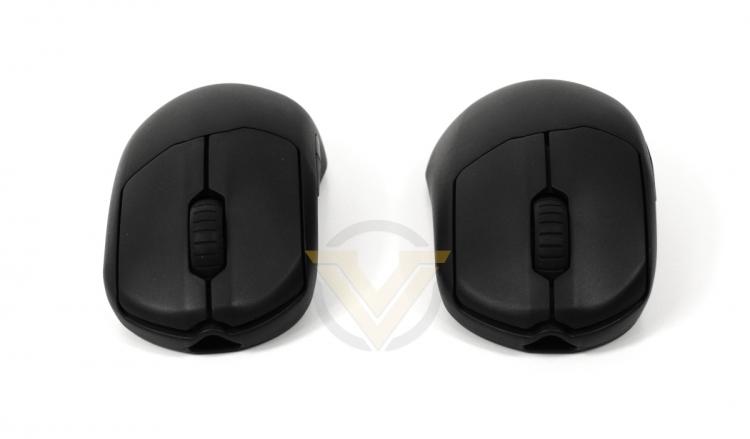 The PRIME and PRIME+ might have a 2g weight difference on-paper but there is no difference in feel between the two once in the hand.

Left and Right mouse buttons have a very slight saddle-shape to them, contouring your fingertip. The mouse wheel is centrally located, but additional buttons (often used as profile/DPI selectors) are absent. 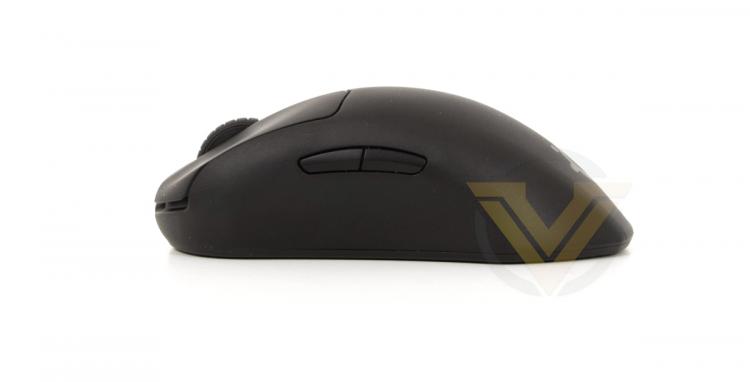 The horizontal cross-section of the PRIME chassis is worth discussing. It has a very pronounced arch, with a relatively steep gradient towards the front and rear, and the midpoint of the arch is only just behind the seam where the LMB meets the mouse body. That contrasts with many other mice that bias this arch towards the rear, more strongly supporting the palm and with a gentler slope down to the LMB and RMB. It has a distinctly unfamiliar feel at first, and may offer the impression that its larger in your hand than it is in reality.

Both thumb buttons are recessed into the mouse chassis, clearly with the understanding that they'll be used relatively infrequently. A small curve is shaped out of the chassis on this side as a thumb rest and grip zone.

The opposite side offers only a slight indentation towards the base for little fingers, and it could potentially be harder to grip and lift the mouse without it pitching forward. 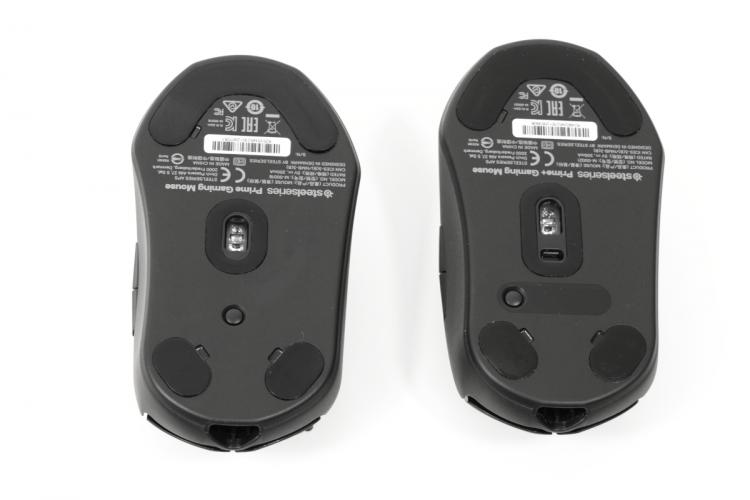 On the mouse base the real differences in the PRIME designs become apparent. Each has three low-friction pads to help it skate across the mousing surface, and a centrally located sensor with oval pad around it. The PRIME+ however has a small rectangle just above the main sensor - thats the lift-off sensor - and a large black window just above them. This is the OLED display.

The button on both models interacts with on-board settings. By default on the PRIME it cycles through CPI levels and four USB polling rates options, but on the PRIME+ activates the mouse menu on the OLED display. 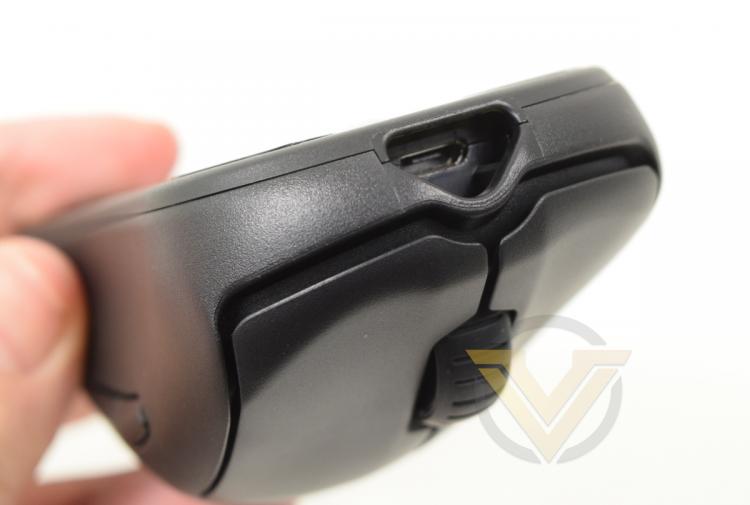 Finally we come to the front, where the USB cable is inserted. The triangular plug on the USB-C end is keyed to the socket on the mouse, helping to plug it in without damaging the USB-C socket. It does mean however that not just any UCB-C cable will do in the event of a cable failure, you will need one for this series of mice direct from SteelSeries.