👤by Matthew Hodgson  Comments 📅01-06-20
Closer Look
The Rival 3 is being marketed as a right-handed mouse but the design of the shell is largely ambidextrous with no lean towards the right that youd normally find. SteelSeries have gone to lengths to shave off as much bulk as possible, resulting in a mouse weighing only 77g. 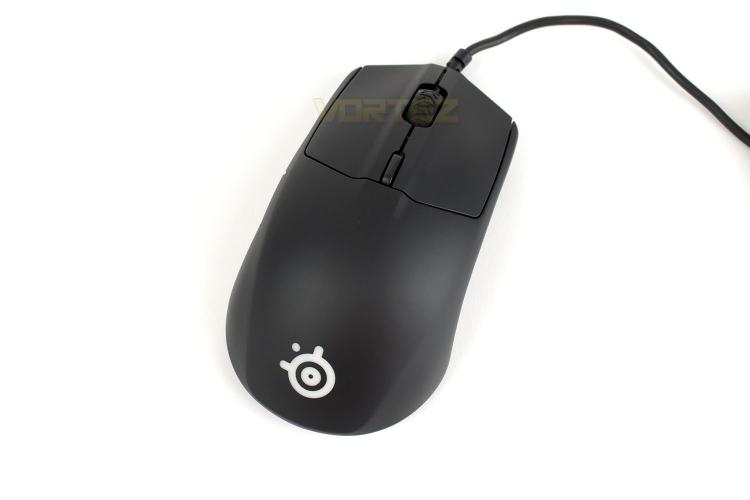 The left-hand-side of the Rival 3 features a couple of slim buttons, traditionally used for forwards/backwards functions within the operating system or web browser but they can also be remapped in the SteelSeries Engine 3 software to give additional functions in your games.

Around the skirt of the mouse, you should also notice the thin translucent strip  hidden behind that are a string of RGB LEDs. 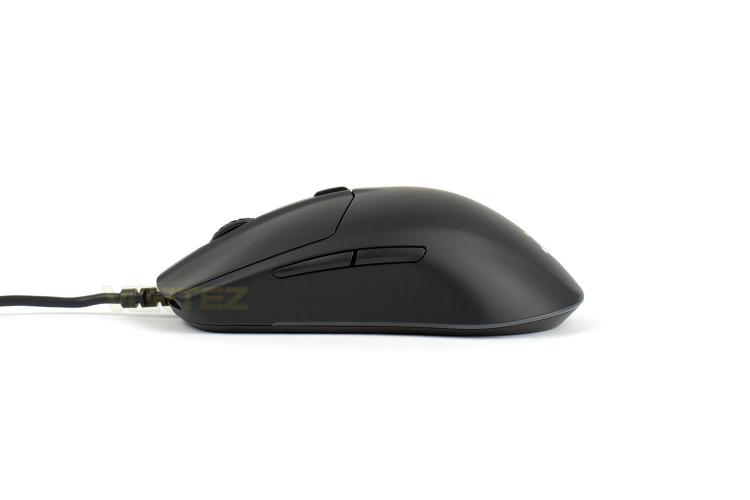 On the right-hand-side, theres a clear absence of thumb buttons but the design is largely the same as the opposite side. This lack of buttons is why the mouse is marketed as right-handed, but theres no reason why a leftie user wouldnt be happy with the device, providing the thumb buttons arent important to them. 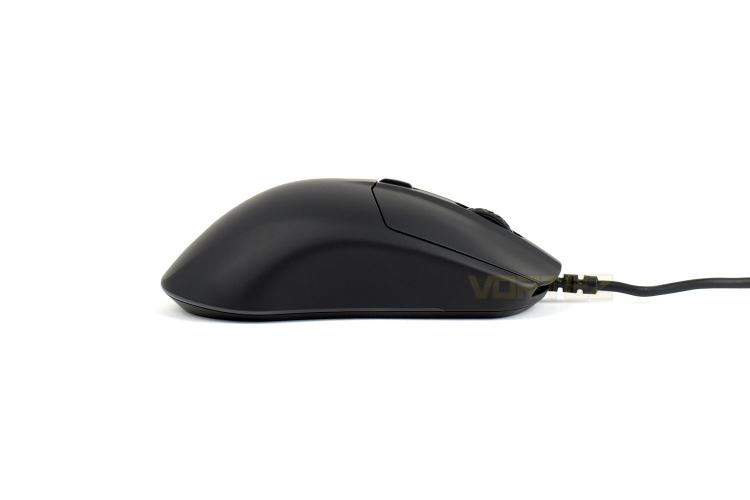 Hidden under the two large buttons at the front, which are on their own hinge mechanism thats separate from the main shell of the mouse, are the usual 60 million click mechanical switches. SteelSeries claim these are the exact same switches that they use on their most expensive mice.

The scroll wheel looks like a streetbike rear tyre with the tread pattern moulded into it, just behind that is a DPI-toggle.

The 1.8M rubber cable is raised off the surface slightly which helps to reduce cable drag as much as possible, something that can ruin the feel of wired mice if not taken seriously in the design phase. Something wed usually see on SteelSeries mice is a braided cable, but theyre not cheap and wouldve undoubtedly increased the cost of the device, instead we get a thin rubber cable.

Flipping the mouse on its back we can see the sensor is located further towards the palm of your hand instead of being centralised in the device. This can alter the feel of the mouse depending on whether you pivot your motions from the wrist or the elbow. There are also three large PTFE pads to allow the mouse to glide; theyve even engineered in a small recess next to each pad for easy replacement once these wear out. 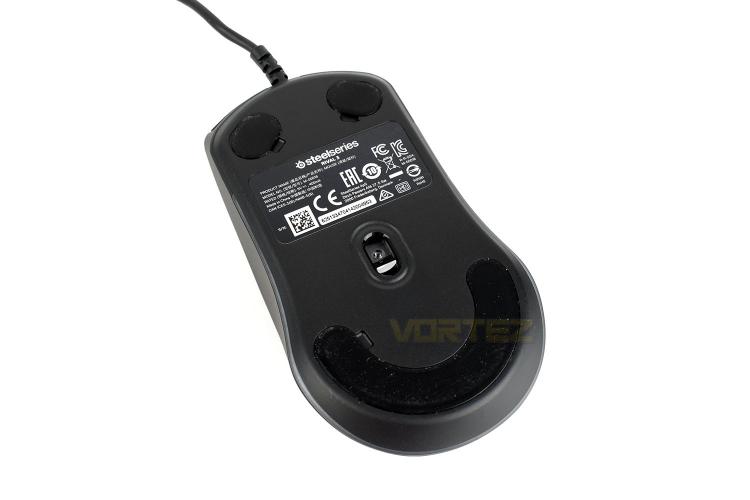