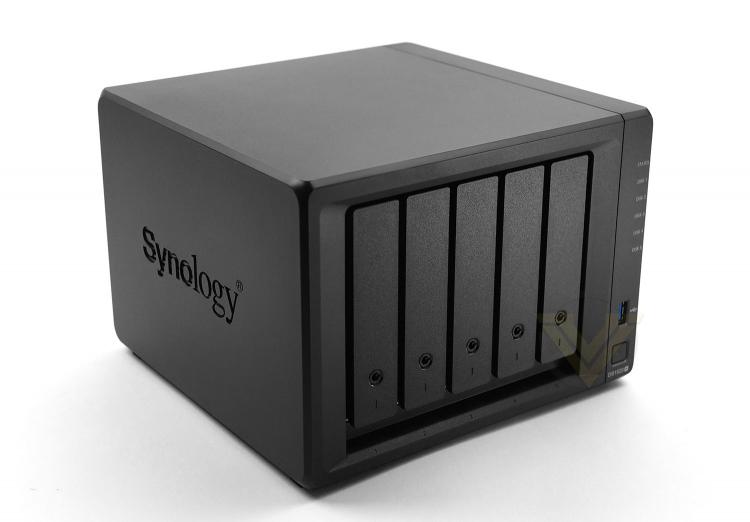 The NAS models under the Plus banner differ very little from one another  carrying a sleek aesthetic which is instantly distinguishable. As is usual, both sides incorporate the Synology logo which also acts as additional ventilation for the internal components and storage.

As this model is a 5-bay NAS, the front features 5 vertically mounted hard drive trays, each with a locking mechanism for security  the provided key will unlock to allow access. As is customary for Synology units, the right-edge bears a number of LED indicators for: STATUS, DISK 1, 2, 3, 4, 5. Synology also include a single USB 3.0 port for quick storage access and there is a power button. 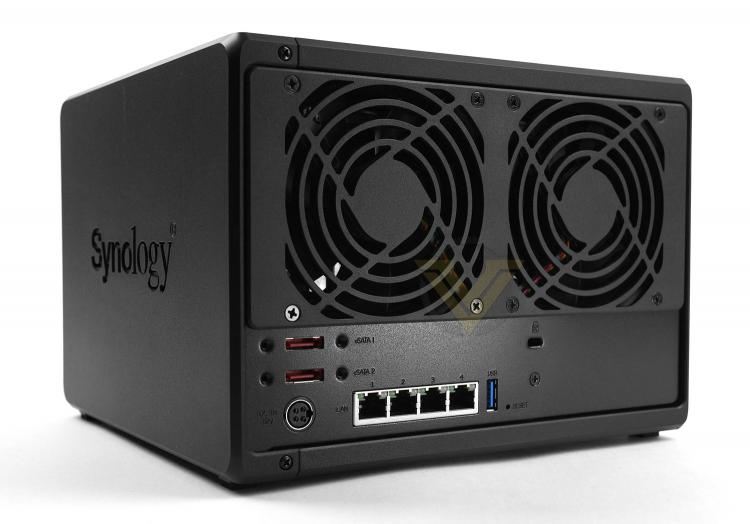 Turning the attention to the back-side of DS1520+, there are two exhaust fans which are used to expel undesirable heat from inside of the chassis. These fans are 90mm in specification.

Below this we have a factory reset button, a single USB 3.0 port, twin eSATA ports, four Gigabit LAN ports, Kensington lock allocation and the 4-pin AC power port to work in conjunction with the supplied power pack.

Its unfortunate that we have another Plus model which lacks ethernet beyond 1GBe. For a high-end consumer unit which is placed in the small office and IT enthusiast segment we expect faster ports  the competition are offering it. This may not have been as relevant 2-5 years ago but many network related devices available in 2020 offer 2.5GBe, 5GBe or even 10GBe devices and it would have been great to see even just one corresponding port.

However, link aggregation is made available on DS1520+ - so these ports can be combined for increased performance. 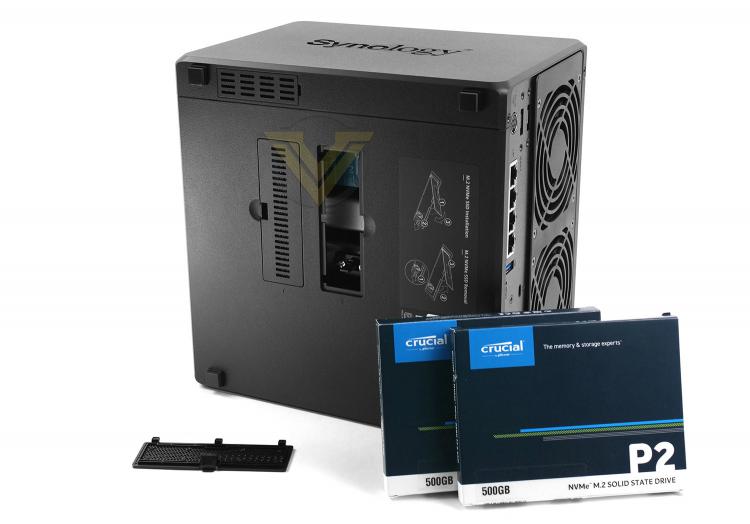 In order to boost system I/O performance Synology has included twin M.2 SSD slots on the underside of DS1520+ which deliver SSD cache for the unit. Choosing the correct capacity will involve a run of the SSD Cache Advisor within DSM, this helpful tool which establish how much cache your NAS will utilise.

For our long-term use with DS1520+ well be using the Crucial P2 SSDs in their 250GB capacity which is ample for our scenario. 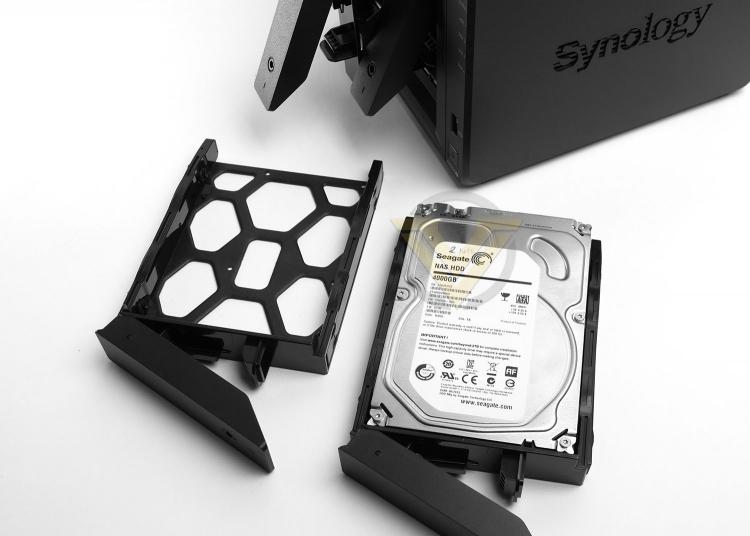 The HDD trays can host 2.5 and 3.5 drives and DS1520+ can accommodate up to 80TB of storage. Installing storage into the NAS is simple, the drive just drops into the provided tray in a tool-free manner with the SATA connection ports facing the rear.

Once the drive is secure, the tray can be slid back into the chassis to have the SATA connectors marry up with the ports inside the NAS.

Some of Synologys models allow you to actually see the internal components, this isnt possible with DS1520+ but the hardware specification is as follows:

Many will draw a comparison between DS920+ and DS1520+ because they are very similar models. The main difference between them being that one is a 4-bay unit and the other a 5-bay. That isnt the only difference though. Pre-installed memory is double, at 8GB (rather than 4GB on the DS920+) and there is an additional eSATA and more ethernet ports.

Based on requirements, the DS1520+ may be worth consideration. Certainly if you want the ability to increase storage and have a boost to performance, the additional cost will be worth it!