👤by David Mitchelson  Comments 📅02-09-11
Packaging & Closer Look
Synology are always very keen to present their products in very tidy packaging. The DS411 is presented in a carefully designed box that has useful information regarding features and specifications. Since the operating system that Synology bundle with their NASs are feature laden its understandable that the packaging should reflect this.

Inside the box each item is carefully packaging in its own protective cardboard. The NAS in particular has plenty of padding and is covered in a protective sheet of thin polystyrene.

Included within the bundle are the following items: 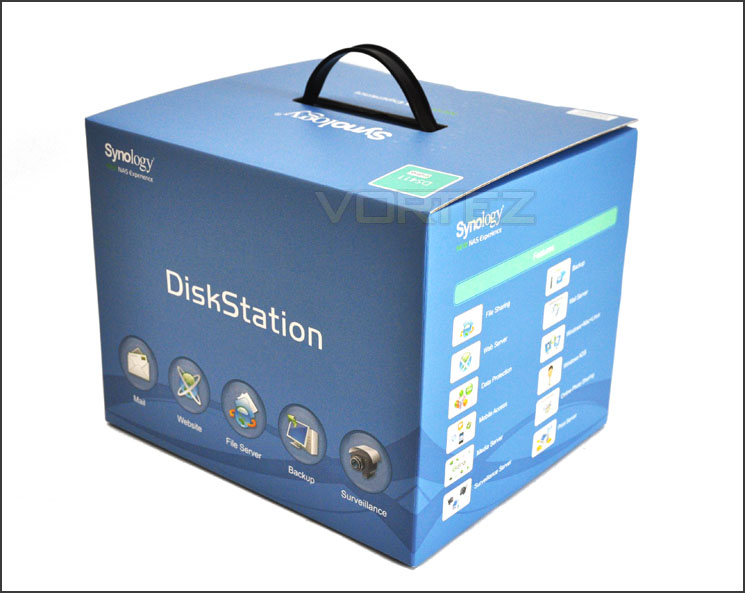 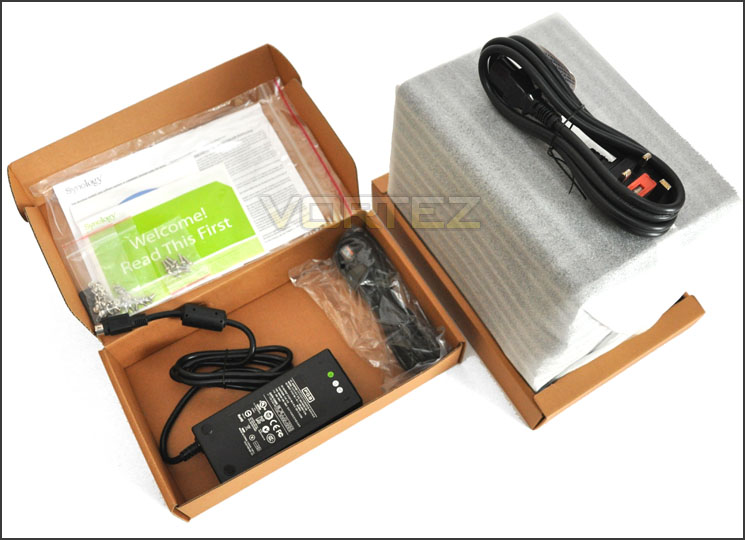 Plenty of items within the bundle

With the DS411 out of its packaging we can take a closer look at the NAS and get a feel for the outer build quality. Being the 2011 version of the DS410 this unit hasnt changed at all on the exterior. It has exactly the same front panel controls/indicators and overall design. Though things havent changed we are still reassured of great quality. The design is subtle, sleek and professional.

Both sides of the DS411 have the Synology insignia engraved into the steel shell. The front fascia and underside are glossy plastic. 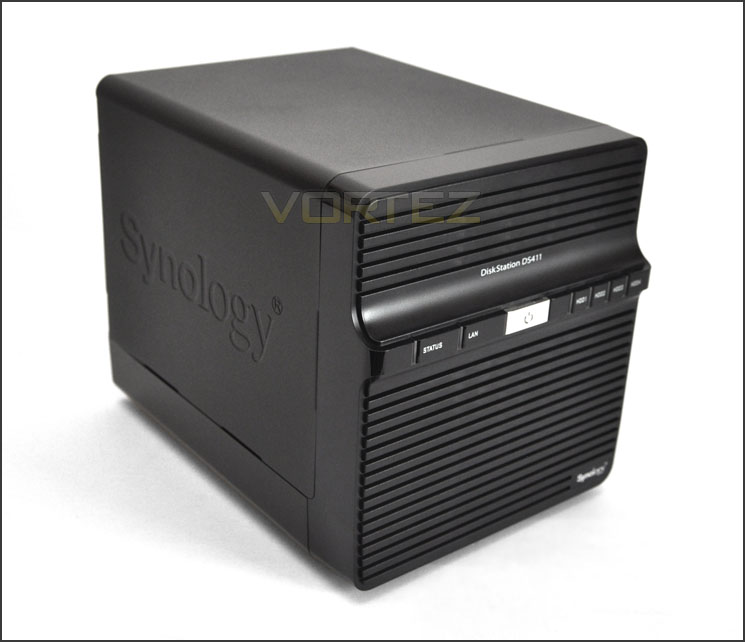 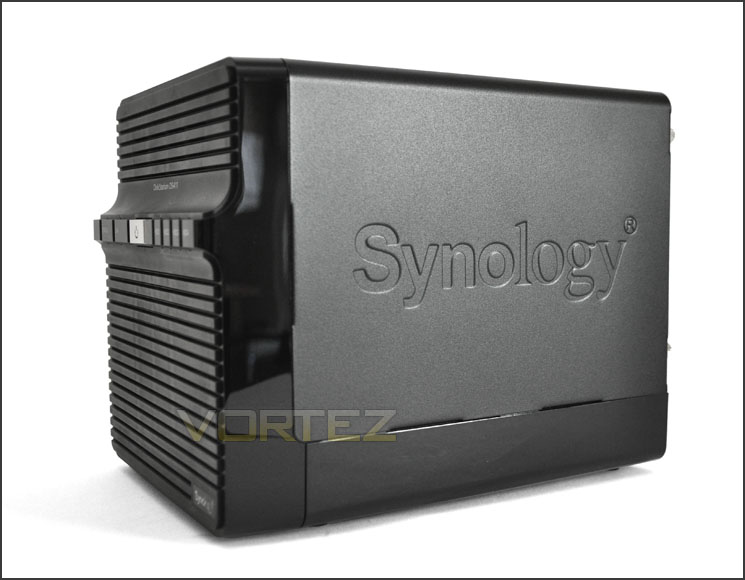 Moving in for a closer look on the front panel controls we have the following: 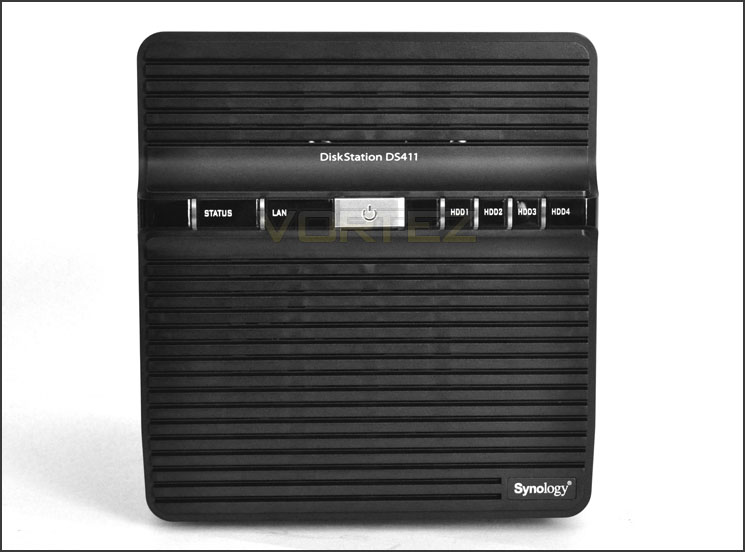 Spinning the DS411 round to the rear we can see there are 4x thumbscrews that hold the outer shell on. On the back panel we have dual 80mm YS Tech FD128020HL fans. These provide cooling for the HDDs that will be installed within the NAS.

Beneath these fans we have a group of I/O ports that include: 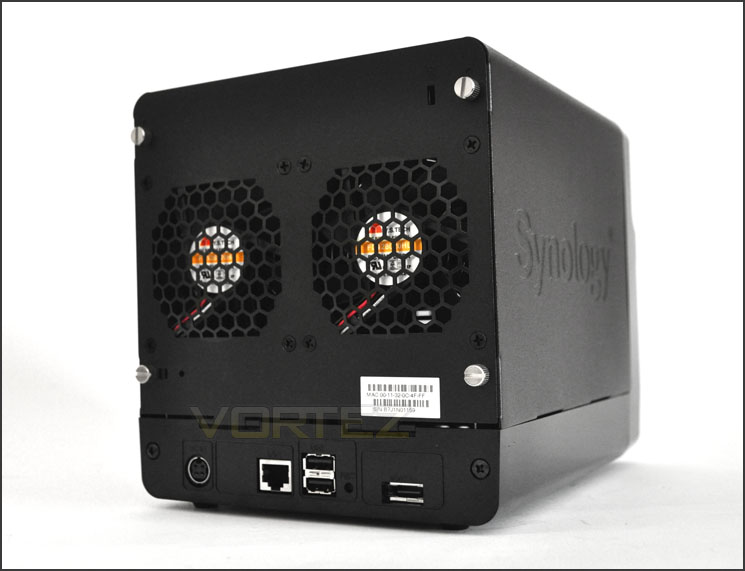 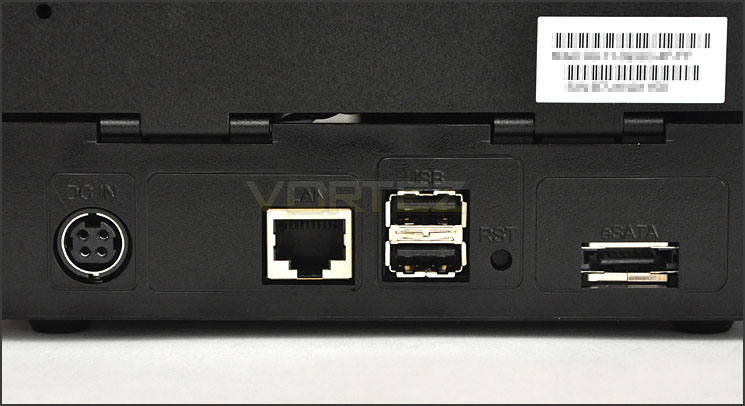 The connectivity ports at the back of DS411

Weve taken a look at the outside. Now well go in for a closer look!