👤by David Mitchelson  Comments 📅02-09-11
Internals
To get inside the DS411 we just need to remove the 4x thumbscrews that hold the back panel up. Once removed the back panel drops down to reveal the HDD brackets within. Having 4x bays the DS411 can take advantage of 4x HDDs. Within these brackets we can install 3.5 HDDs or 2.5 HDDs.

Getting a HDD into the NAS is a fairly easy procedure, the drive just slots onto a bracket, screws are applied to secure the drive and then the drive/bracket just slots back into the NAS connecting to the SATA ports at the front. 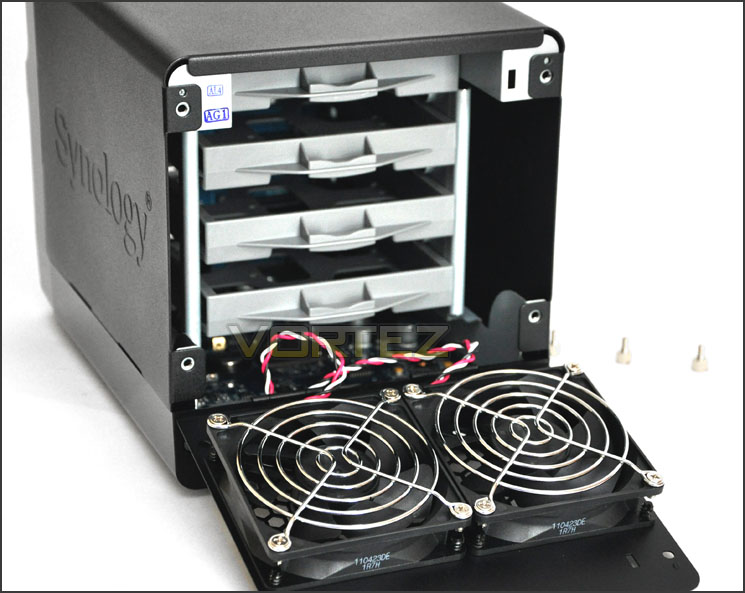 The DS411 back panel open 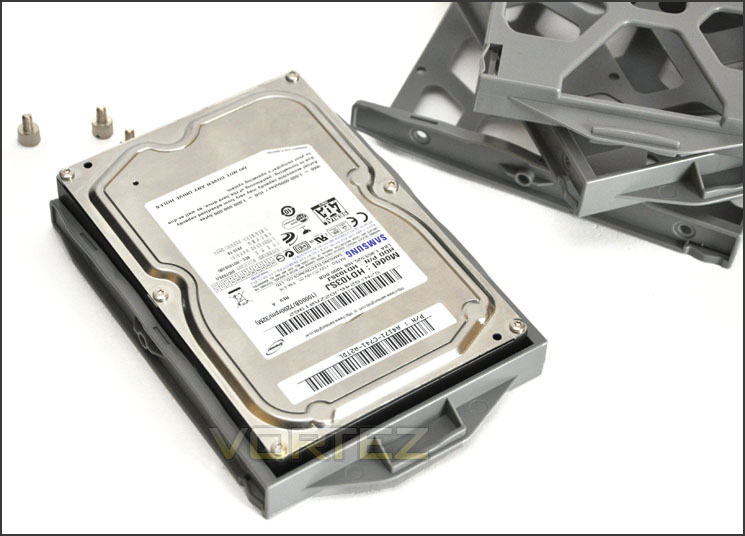 Installing a HDD into the NAS is easy

With all of the brackets removed we can get a glimpse of the PCB used within the DS411. The core of the system is as follows:

Against the DS410 from last year, we are getting a faster CPU and an upgrade to DDR3. This should help with overall system performance. (Click here for a comparison between DS410 and DS411) 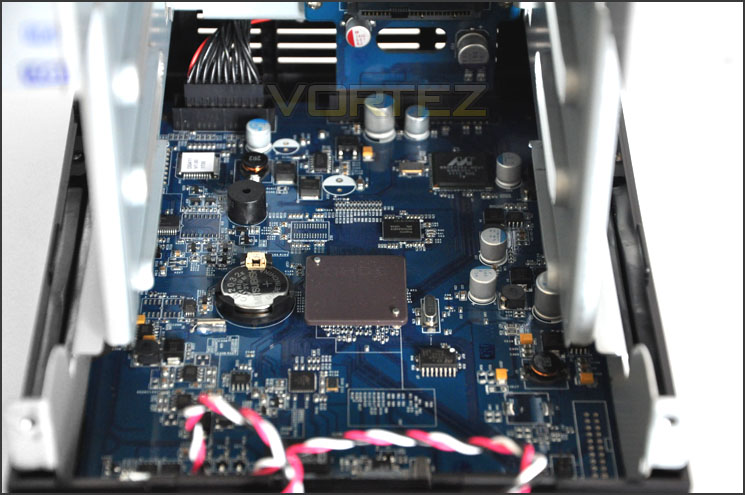 The PCB within DS411 with faster CPU