Thermalright needs no introduction in the cooling segment but since they are a new arrival on Vortez, it is important to look at what made Thermalright such a significant player when it comes to cooling performance and why they were/are considered the Kings of this competitive market. Thermalright can be considered pioneers in developing large tower coolers, dating back to the 2002, when they entered the business, as CPUs became progressively more powerful and generating more heat. Thermalright's solutions were the answers to the growing need of performance coolers. It wasn't long before they struck a chord in the enthusiast market, delivering outstanding cooling performance using innovative heat pipes and large heatsink designs.

The Ultima 90, which was soon succeeded by the Thermalright Ultra Extreme marked the brand's dominance and lead over alternative solutions. Many tried to imitate them but most failed, hence why we still see the Thermalright Ultra Extreme being such a popular choice even to this day. Did I mention it was released three years ago? However, this was no reason for Thermalright to rest on its laurels, with brands such as Noctua, Tuniq, Prolimatech etc developing new and more efficient heatsinks. So today we have with us the next iteration of Thermalright's flagship CPU cooler, the Venomous X. As the name instigates, we better be prepared for some striking results.

A few words from Thermalright:

As keen enthusiasts here at Vortez, we are very intrigued to see how the Venomous X will cope with sustained heat levels. It certainly has a tough fight on its hands if it wants to go up against the like of the Noctua NH-D14, our current performance King. The changes made to the Venomous X are very subtle compared to the Ultra Extreme Rev C but hopefully those small changes will improve an already proven design and translate to better overall performance.

Right, let's get down to business and see those results for ourselves. 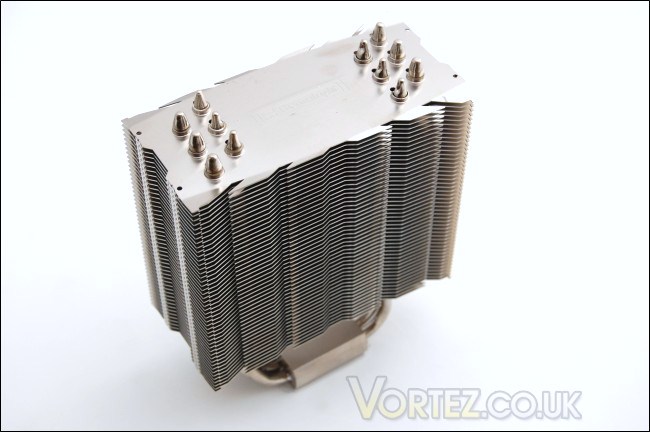