The whole front panel can be pulled off to aid the removal of the drive blanking plates. 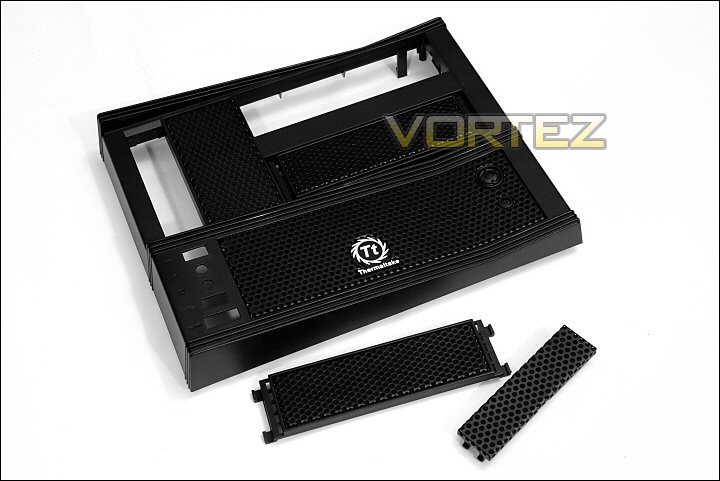 Once removed the front of the case frame is exposed - I particularly like the USB/audio and power/reset boxes. Rather than individual bare switches and sockets on a PCB you get a robust looking box containing all the switch gear safely cocooned within. 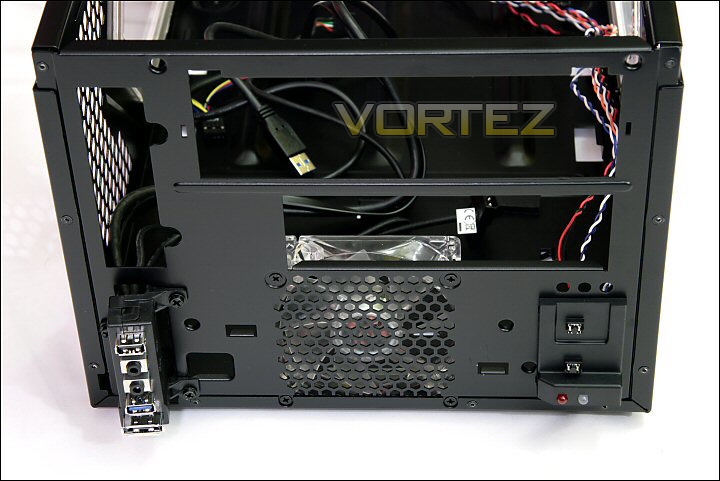 The side panels are part of the main case itself and are fundamentally identical. Forward ventilation mesh will allow thermal control for HDD's as well as the main PC components themselves. The angled window also complements the look and of course allows you to see the components within. 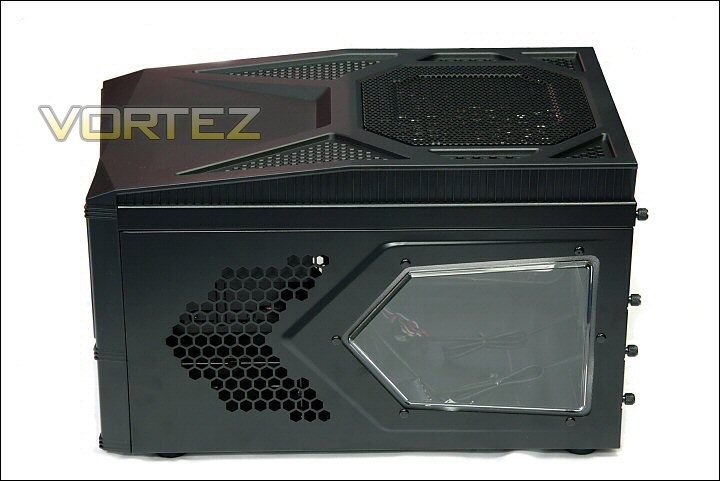 Around the back of the case we find a standard layout including the i/o plate, PCI blanks, PSU location and dual fans for additional heat extraction. 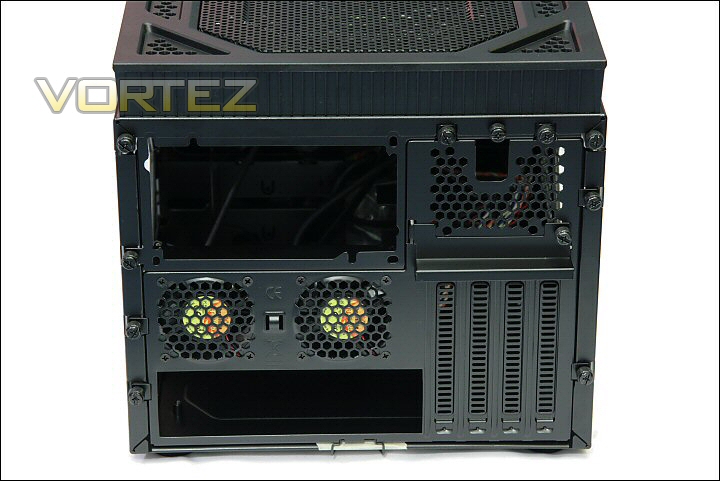 The fans are 60mm units and should aid in extracting warm air from around the CPU socket. 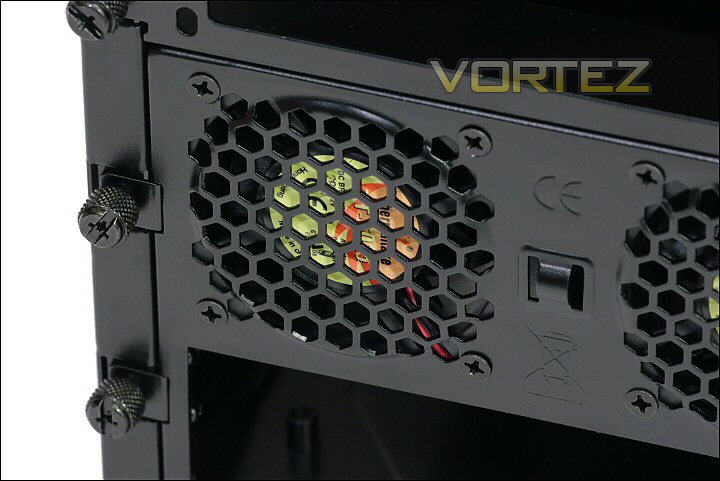 Looking closely you can also see a selection of the thumbscrews used in the securing of panels in the A30. There are quite a few of these used in the case and Thermaltake has been kind enough to bundle a spare just in case one is misplaced. 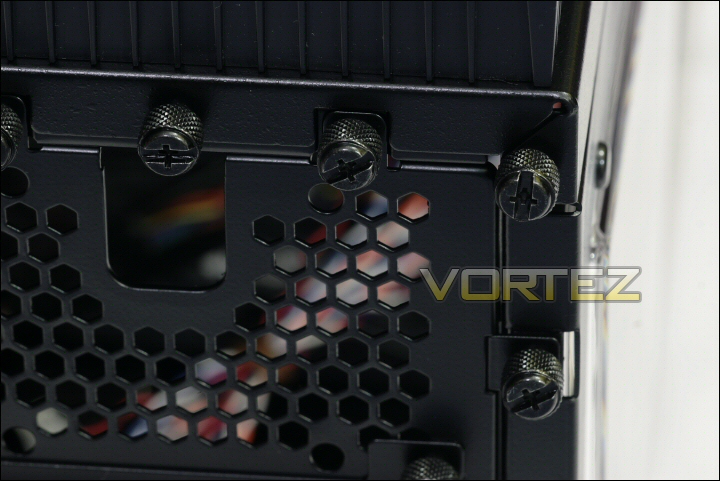 Still at the back we can see the small removable latch that Thermaltake has thought to include. When the relevant thumbscrews have been removed to allow the extraction of the backplate and motherboard (which you'll see later) this latch affords a little extra purchase making the procedure a little easier. 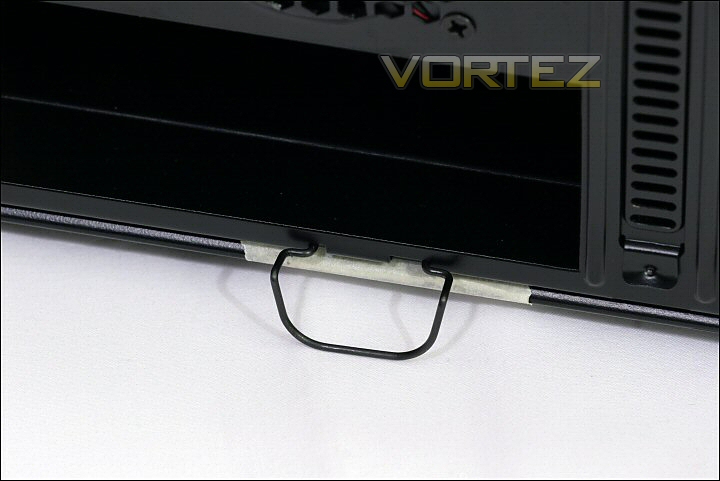 The top of the case is dominated by the 230mm ventilation fan. This is set up to extract warm air and flow it upwards and out of the case. 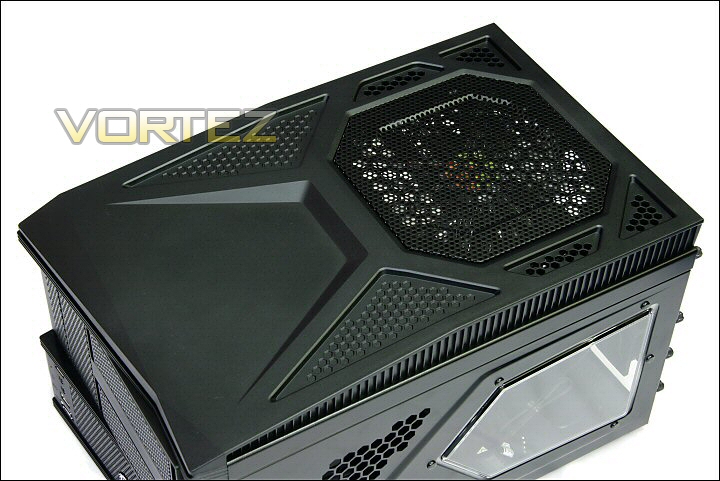