👤by David Mitchelson  Comments 📅07-05-11
Exterior
Lets move in for a closer look. The front has a very aggressive fascia. This Chaser MK-I features within the Galaxy Episode series and models itself on galatical warfare with its strong black lines and rugged exterior. Since dealing the Chaser MK-I I wasnt too keen on its visual appearance but I must say the styling has grown on me and I now think it looks rather good. Certainly if you lean towards the rugged, aggressive gamer styling then this is going to be one that stands out. Those with a liking towards elegant, clean, smooth looking chassis should look away  this isnt something you are going to like. The mesh panel at the front bears a metallic Thermaltake emblem and behind this badge is a large 200mm intake fan that is LED ready. Moving up, there are 4 x 5.25 drive bay covers  each having the ability to be removed externally without even going inside the case. The blue accents that you can see in the image below mark the clips that are squeezed together to remove a drive bay cover.

Looking at the rear of the Chaser MK-I there is an opening at the bottom of the case for a bottom mounted PSU. 8 PCI expansion slot covers feature on our case, each having ventilation cut-outs for better airflow. Above this, a perforated mesh region covers the pre-installed 140mm fan that acts as a rear exhaust. Of course, due to the size of Chaser MK-I it isnt any surprise that water-cooling is an option and we have 3 rubber grommets above the rear exhaust for feeding any tubes through. 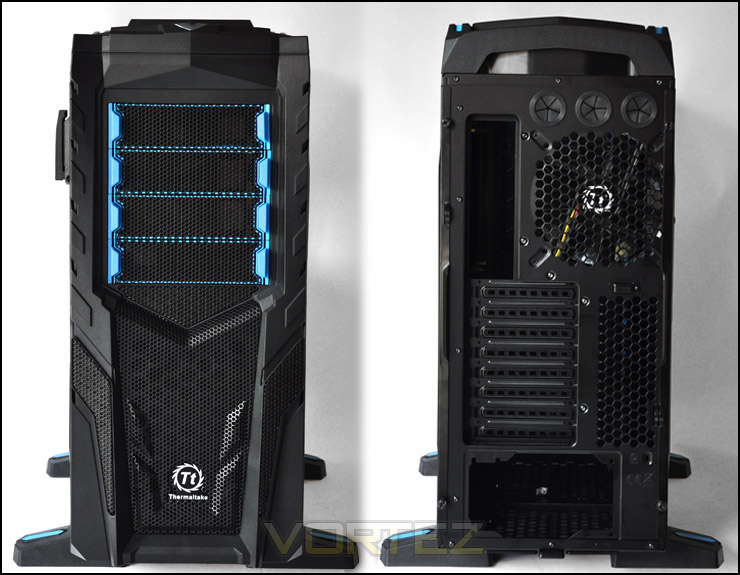 The front and back of Chaser MK-I

The front panel has a multitude of features embedded within it. Far more than any case Ive ever looked at. First of all down the left side:

Over on the right side we have: 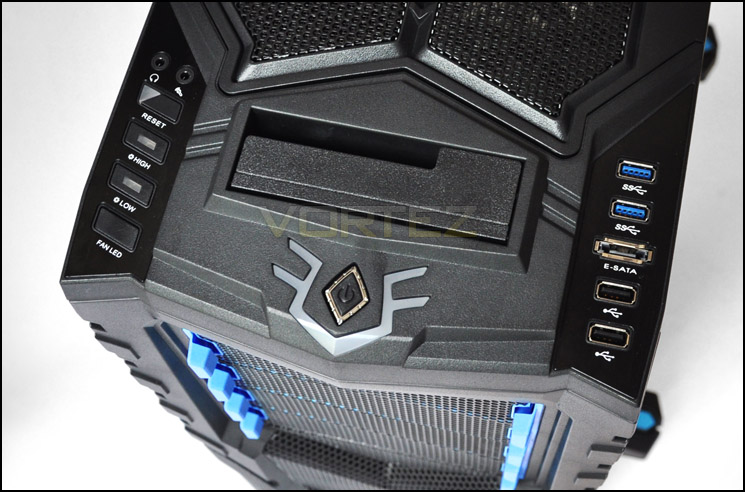 The front panel has lots of options, almost like a cockpit! 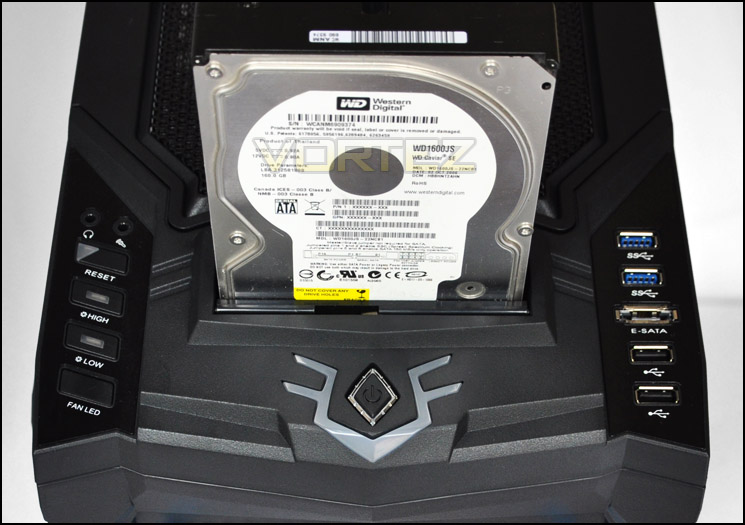 Lastly, the top of Chaser MK-I has 3 sections of mesh panelling, underneath this there is a top mounted 200mm LED fan towards the back and then enough space to mount an optional 200mm fan or even 2 x 140/120mm fans. So even on an exterior inspection we can appreciate the Chaser MK-I has plenty of cooling potential. This top section can be removed easily by simply pulling it in an upwards fashion. We can then get access to fan mounting. 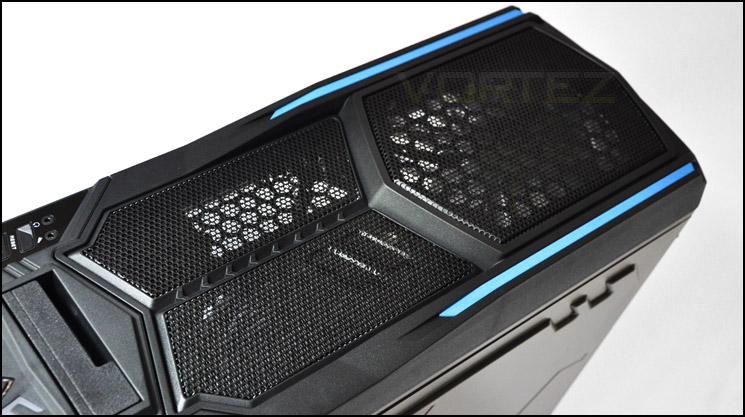 Top is removable and features space for dual 200mm fans