👤by David Mitchelson  Comments 📅11-07-11
Interior
With the side panel door open we can now take a look at the inside of the Level 10 GT. From an initial look the internal layout looks good. There are cut-outs around the motherboard tray including rubber grommets to keep things clean and tidy and a large CPU cooler backplate cut-out. Around the back there appears to be plenty of cable management hooks and quite oddly there are optical drive bay mechanisms on this side rather than the other side  this appears to be a move away from traditional case design but one that is quite sensible as the button on the optical drive is often on the right side, often pressing the button causes the drive to move back if there are no screws in place to keep the drive still. This should combat this slight niggle. Beneath this we also have a series of eSATA power cables pre-installed for hot swapping the HDDs into the bays. Overall, a nice layout with some great design choices. Lets move in for a closer look. 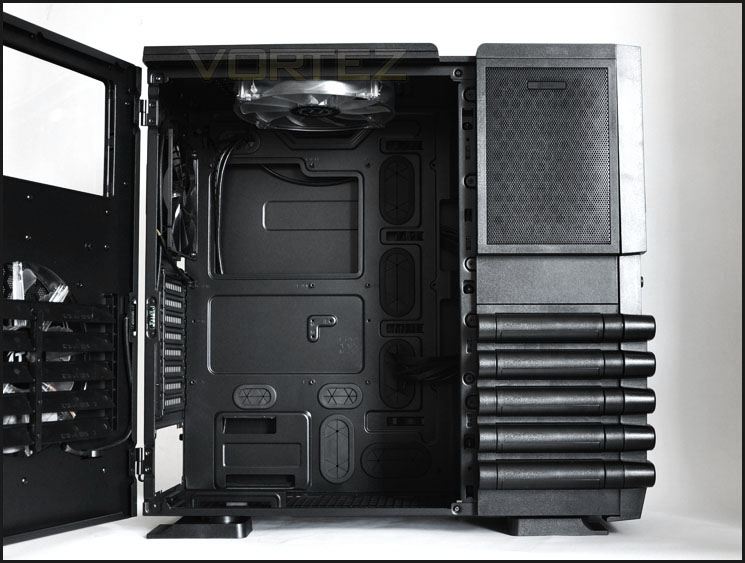 The pane door open to reveal the spacious interior 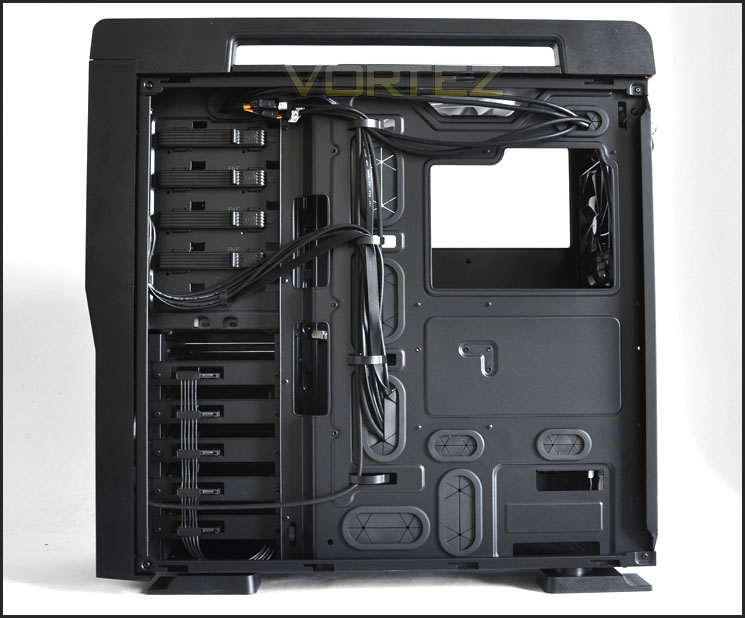 On the inside of the side door panel we have a large 200mm fan pre-installed (600~800RPM, 13~15dBA). This fan has the ability to change colour. Behind it we have a 5 fin airflow adjuster. 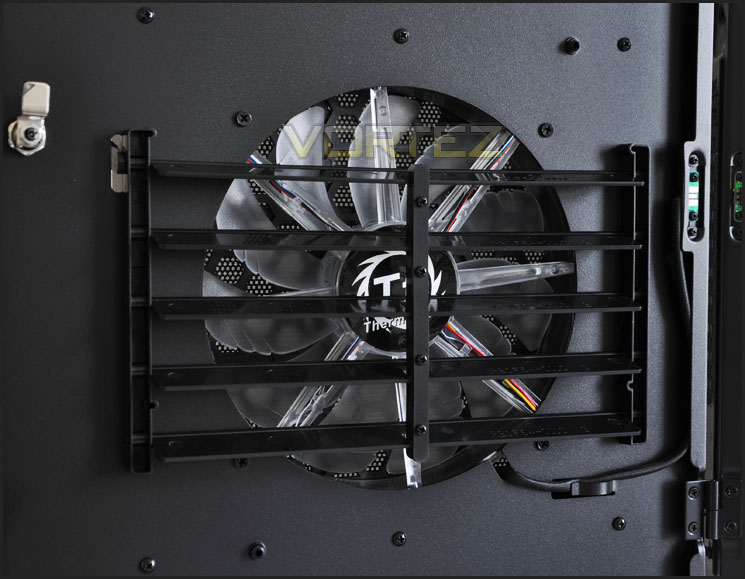 The side panel door with 200mm colorshift fan

Moving into the Level 10 GT for a closer look we can see that the bottom has an area marked out for a bottom mounted PSU. Sadly though there is no anti-vibration pads in this area so its going to be metal-on-metal. As already mentioned, beneath this we have a large, removable dust filter. 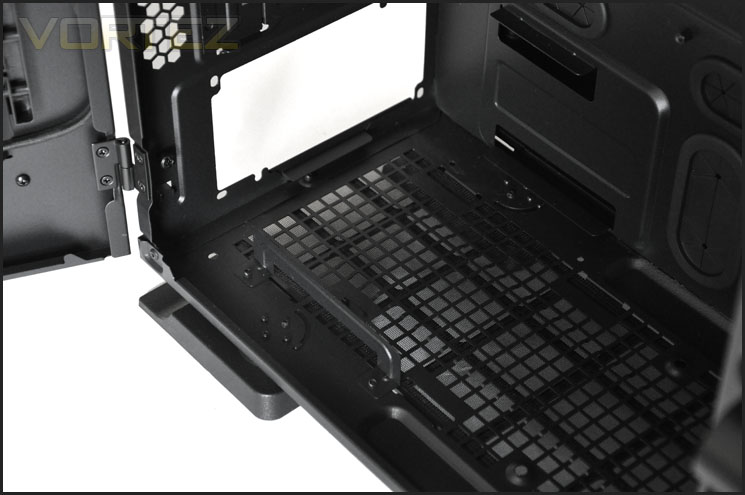