Last year, Codemasters obtained the rights to produce a Formula One racing game, and in September 2010, F1 2010 was released to the general public  going down a storm. However, there was a massive gap in the market for an F1 style wheel with which the game could be played. A few, smaller outfits produced bespoke G25/G27 F1 add-ons, but these were expensive and tricky to fit.

So with the launch of F1 2011, Thrustmaster obviously thought it was about time something was done about this. Based in Italy, home of arguably the most famous and globally recognized F1 outfit, it probably doesnt come as a surprise that the wheel was modeled on that of the 150 Italia  Ferraris 2011 entrant into the Formula One World Championship. 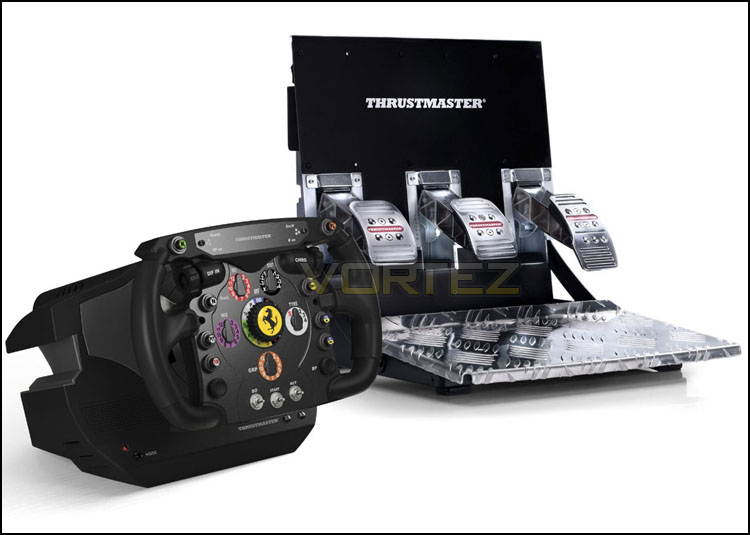 A gaming wheel isnt all about the looks though  performance is a massive talking point too, and this wheel certainly doesnt disappoint. With the back end and pedals taken from the highly rated T500RS, it should have all the tricks of the trade required to keep even the most avid racing fans satisfied.

Here's a little snippet on the Thrustmaster Ferrari F1 Wheel:

Of particular note is the PC/PS3 compatibility, which could be very handy for owners of both systems. The H.E.A.R.T feature also sounds interesting and will hopefully lead to an impressive performance.

So without further ado, lets take a close look at the wheel itself...