In the last few years the storage market has seen huge changes, firstly with the massive increases in capacity and performance of traditional platter-based Hard Disk Drives (HDD), and secondly with the introduction of Solid State Drives (SSD). In the case of HDD's it is now pretty much seen as standard for a new PC to ship with a 1Tb HDD, and with the cost of these drives as low as £50 - £60 there is also a booming market in replacement parts. So much so that there are even some upgrade HDD and SSD packages being offered for sale which have bundled disk-imaging software to simplify the process of migrating your OS, programs and data to a new drive.

But what do you do with your old drive? I have several collecting dust which could be put to use, but I don't want to have lots of external caddies lying around nor the hassle of constantly swapping the drives inside them. 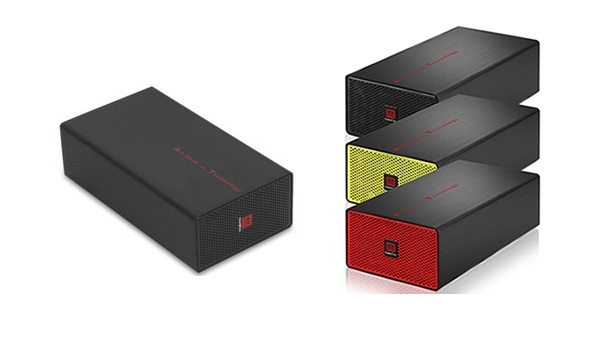 The Tsunami Ultimate II 3500 is an external enclosure with USB2 interface which is capable of housing two 3.5 SATA HDD's in either JBOD or BIG modes. (JBOD mode means that each drive is totally seperate, whereas BIG mode will bunch the drives together, presenting them to the user as a single disk.) Tsunami also make a RAID compatible model of this enclosure, but we will be testing the JBOD/BIG model today.

A little about Tsunami:

So how does Tsunami's Ultimate II 3500 enclosure fare? Read on to find out.