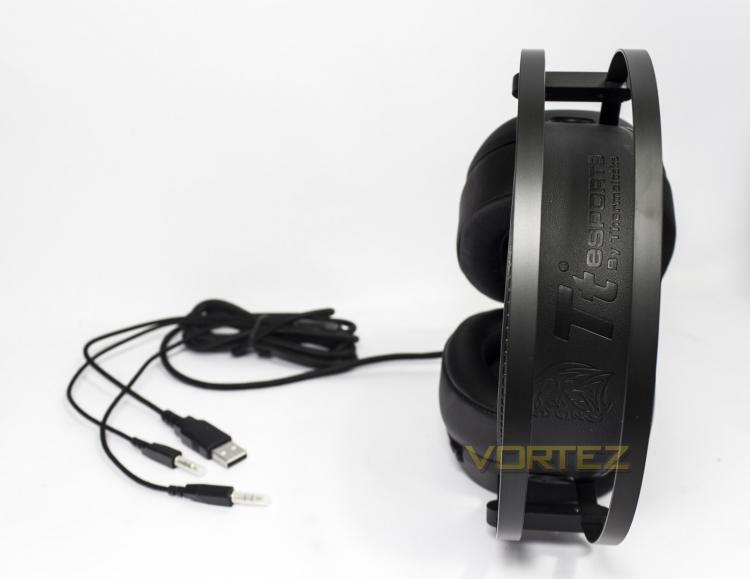 Here we can see that the Tt eSports logo has been embossed into the top of the headband. 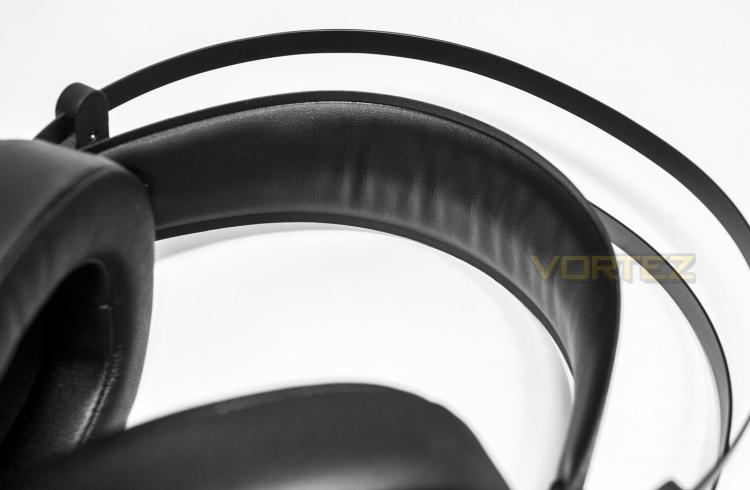 The headband itself looks like it is made from a soft, flexible plastic, and features a thin layer of foam sandwiched inside. 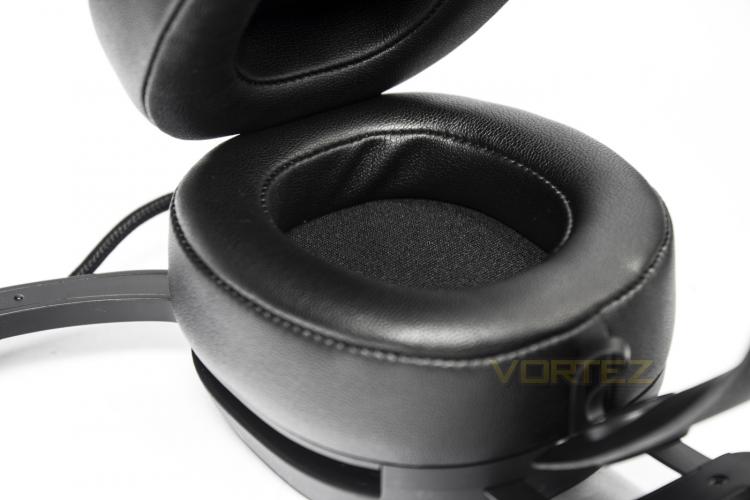 Tt eSports have provided plenty of space for your ears inside the earcups, and the 25mm thick foam is very soft and squishy and has been coated in a leatherette material. 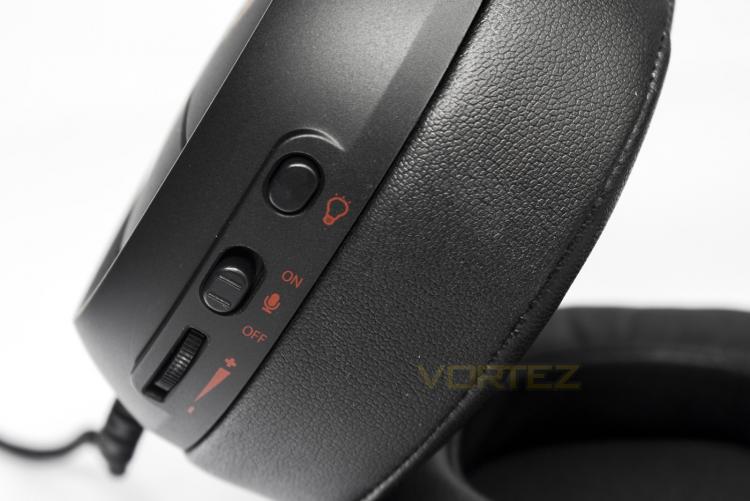 At the back of the left earcup, we find an LED button, microphone mute switch, and a volume dial. 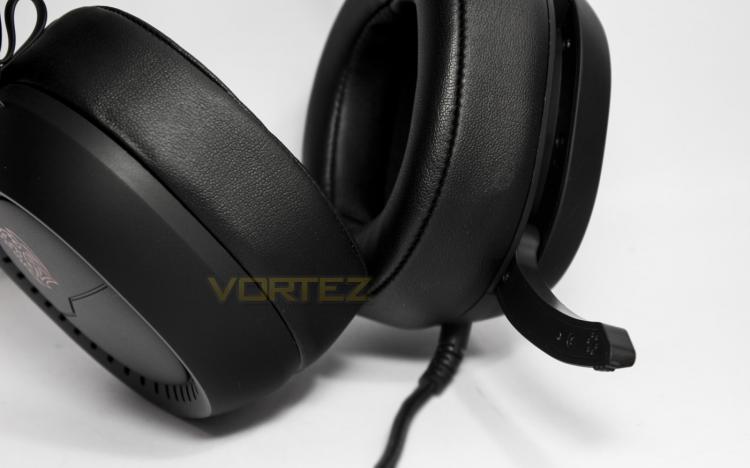 The microphone is tucked away inside the earcup, and features little plastic grips that help make it easy to pull the microphone down, it is however a little short, and is not flexible. 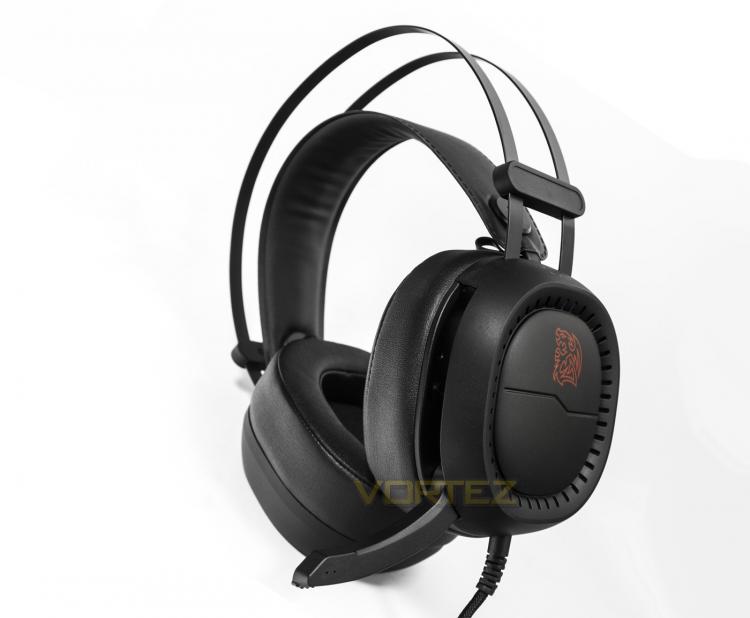 Overall we are pleased with the construction and design of the Shock PRO RGB, displaying a great level of progression from the Tt eSports team. 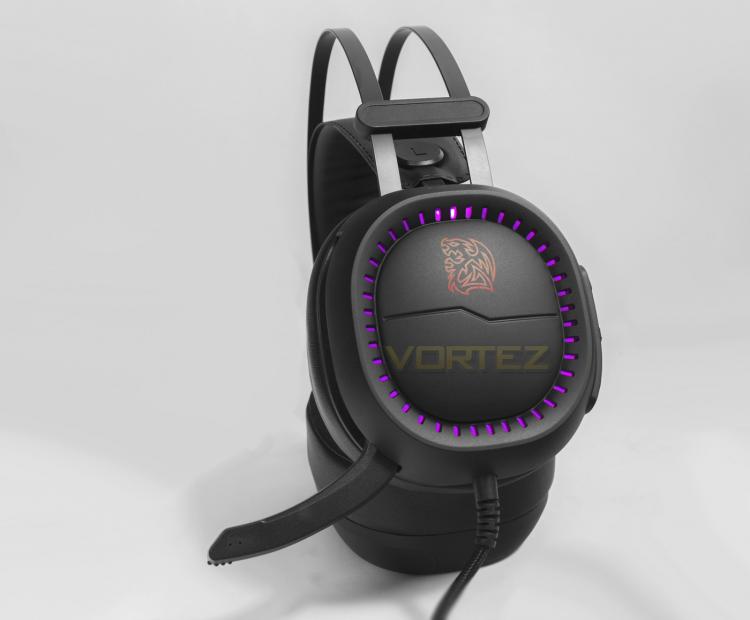 It's a shame that the Battle Dragon was printed on in red, and didn't take advantage of the LED lighting. Some images used online of the Shock PRO RGB suggests a sort of animated LED effects, however the colours are static. By default the headset slowly pulses between the 7 colours, to stop it cycling through the colours, press the LED button for 1s, to return to cycle, press again for 1s, to turn off the LEDs, hold the LED button, or press twice (we found the latter works best for turning off the LEDs).